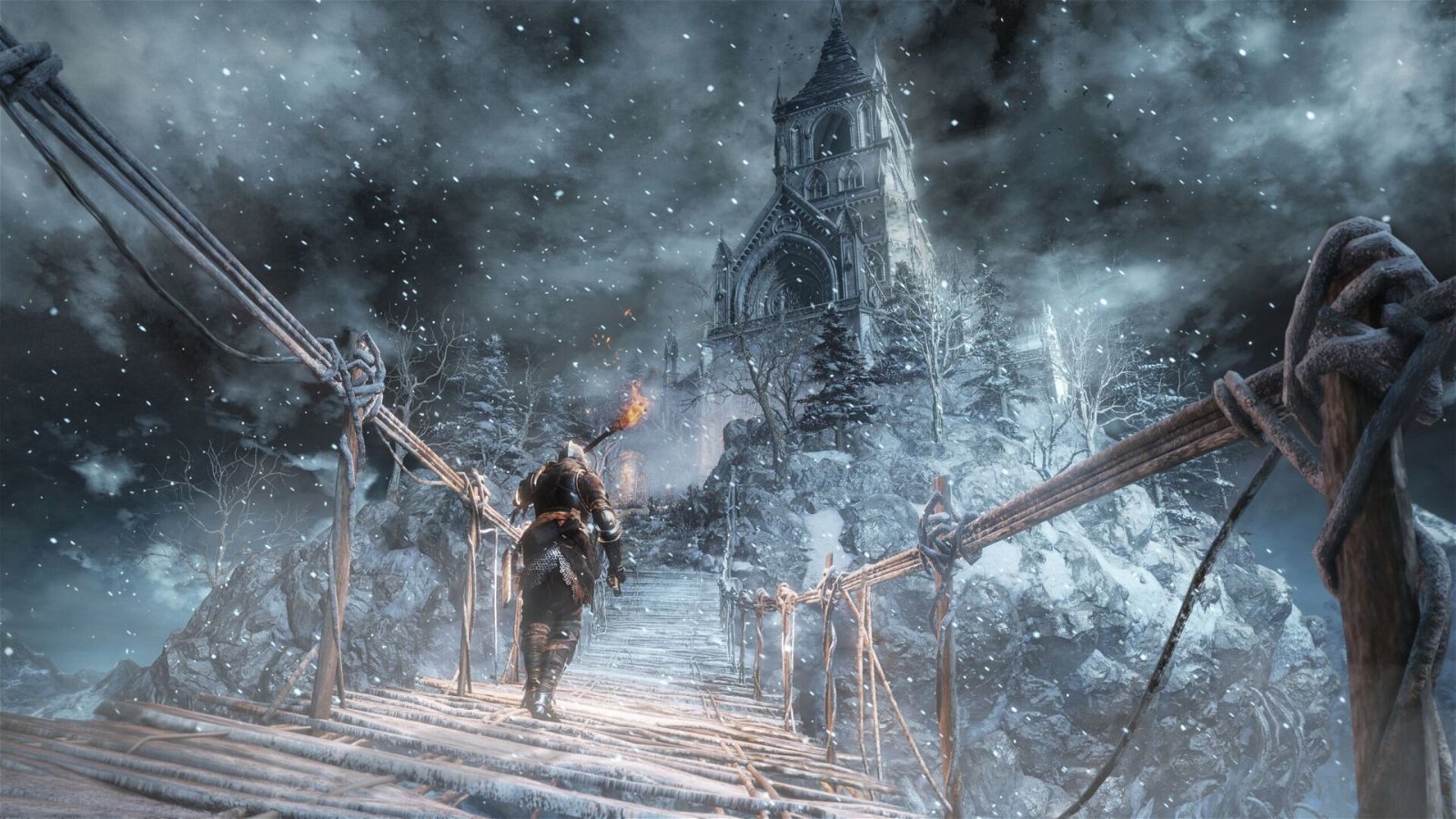 A decrepit wasteland awaits players in the upcoming Dark Souls III: Ashes of Ariandel expansion, releasing on October 25, 2016 for PC, Xbox One, and PS4.

This is the first of two planned expansions, with Bandai Namco stating in a press release that Ashes of Ariandel will have players venture into the frozen land of Ariandel in order to discover the terrible secret it holds, and uncover the mystery of how the land became defiled.

Along with the new environment, players will find themselves face-to-face with a menagerie of new and terrifying enemies, enticing lore that builds upon the story of Dark Souls III, and grueling challenges that fans of the series have grown to love or hate.

Ariandel will not leave players feeling one-sided, however, as new armor sets, weapons, and spells will be added to their arsenal to combat the horrors of the land. The immensely popular competitive multiplayer mode will also be getting some love with the addition of new features.

The price tag for Ariandel is currently set for $14.99 on its release date of October 25. A season pass for Dark Souls III, which will give players access to the first and second expansion, will be available for purchase in early 2017 and cost $24.99 across all platforms.

The expansion, much like the base game, will be rated M for Mature. A trailer was also released to accompany the announcement, which you can watch here.