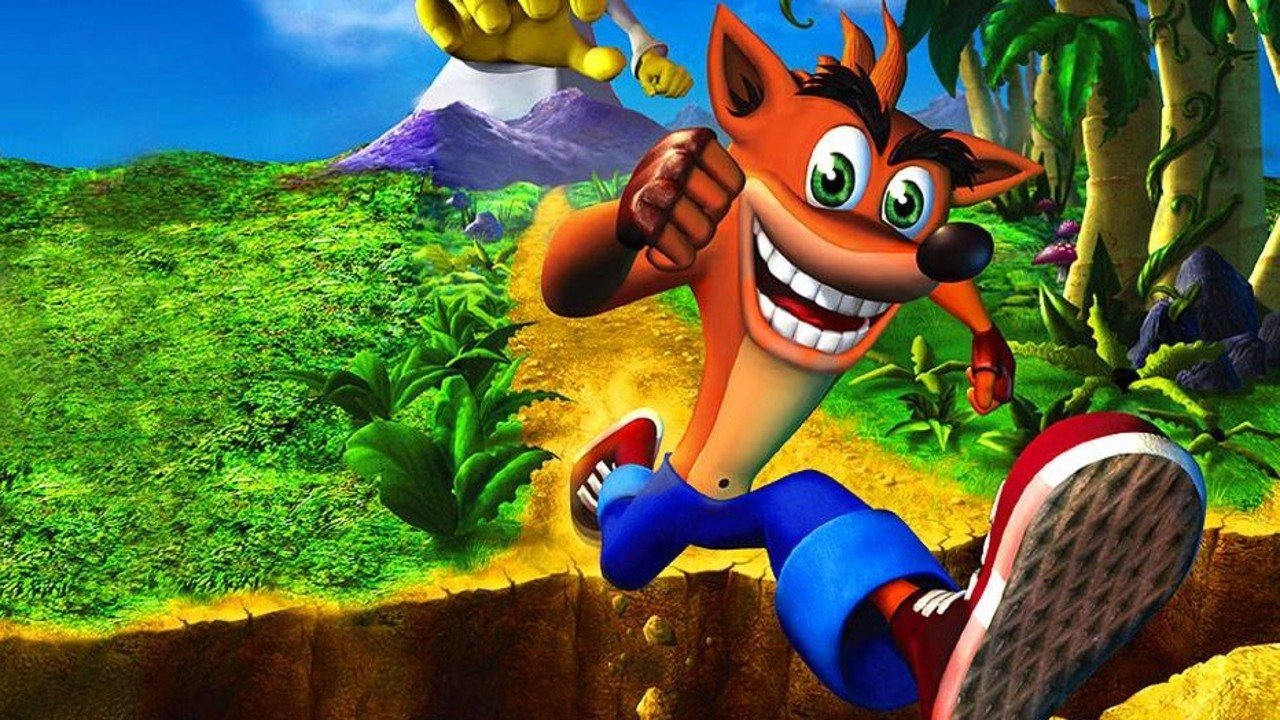 Naughty Dog is the Sony PlayStation’s crown jewel: the one developer in the company’s impressive first-party ecosystem that manages to continually deliver near-perfect video games. From the colourful and darkly humorous Jak II to the groundbreaking Uncharted 2 and The Last of Us, time and time again the studio has combined well-designed and enjoyable gameplay mechanics with excellent writing and character development. Yet before its days of delivering blockbuster action titles, it was busy creating PlayStation’s first mascot, and one that would compete with Mario himself.

Crash Bandicoot is a beloved fan favourite. While the series has been dormant for quite a while, people have been demanding for it to make a dramatic comeback. Sony, sort of, has delivered. The original trilogy (Crash Bandicoot, Crash Bandicoot 2: Cortex Strikes Back, and Crash Bandicoot: Warped) is being remastered for the PlayStation 4. If this HD collection sells well enough, the world might finally get a brand new Crash game in almost a decade.

Naughty Dog co-founders Jason Rubin and Andy Gavin conceived of Crash Bandicoot during their long road trip from Boston to Los Angeles to go work on games for Universal Interactive Studios. Gavin and Rubin studied arcade games during this trip and quickly noticed that fighting, shooting, and racing games were making a transition into full 3D rendering. The first PlayStation led the 3D revolution. Seeing this, both Gavin and Rubin started thinking about making a 3D character-based action-platformer. The basic technology for the game was created when the two stopped in Gary, Indiana. The rough game theory was designed near Colorado. The two already had a game idea called Saurus and Dinestein—a side-scrolling game based on time travel and dinosaurs genetically merged with scientists—but they scrapped it. 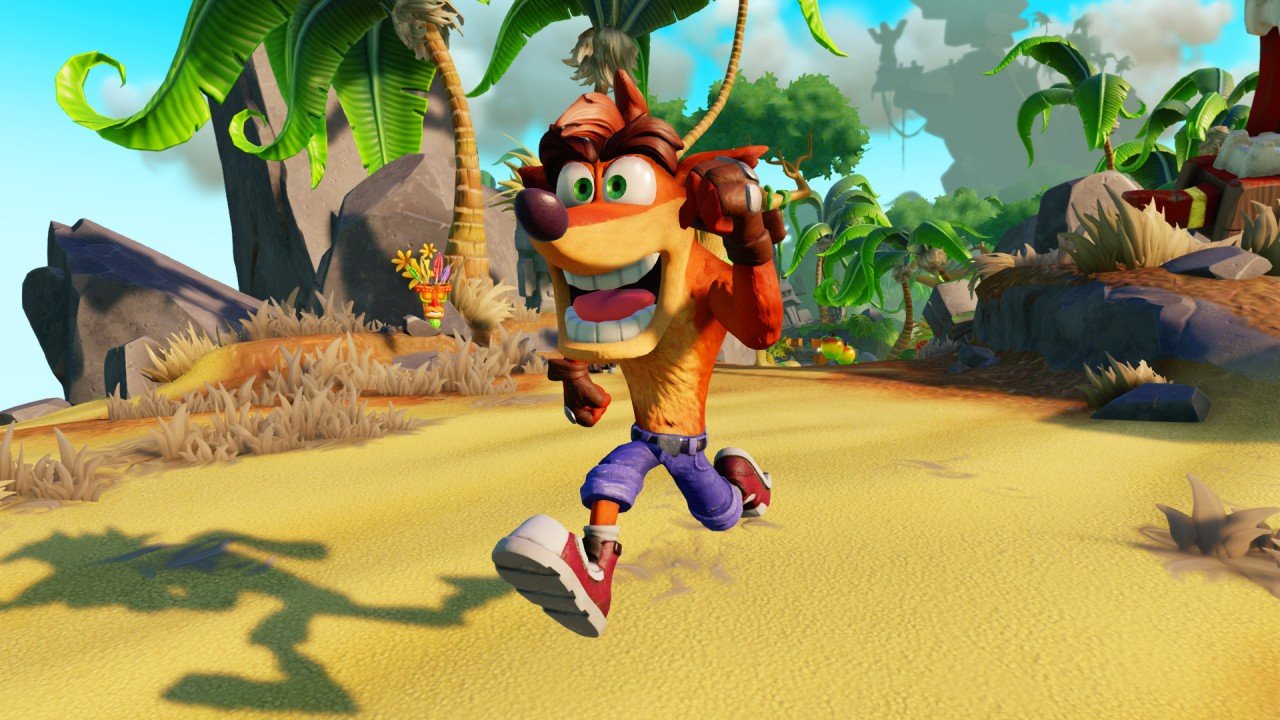 During that same month, Naughty Dog (which at the time consisted of Gavin, Rubin, and a few other employees) moved into the Universal Interactive Studios backlot. Gavin and Rubin met up with Mark Cerny, the then studio head, and pitched him the idea for Crash Bandicoot; he quite liked it. Then came the time to decide on which platform to develop the game on. The unanimous decision was PlayStation due to the system’s “cool” nature and Sony’s push for 3D graphics. Also, Sony lacked a mascot for its platform at the time as well. A $1.7 million budget was set for the game.

Naughty Dog wanted the main character to be an animal that was “cute, real, and one no one really knew about.” The team went with a Tasmanian mammal called a bandicoot. The team chose to make the character, who was at first named “Willie the Wombat,” mute. This decision was based on the poor voice work that was being done in video games during the time, and Naughty Dog decided not risk it with its new protagonist. In terms of level design, Crash has always been a slightly more linear 3D platform in contrast to Super Mario 64.

After roughly two years of development, Naughty Dog finally released Crash Bandicoot in 1996. It was met with decent critical praise, with people lauding the game’s gorgeous graphics and quirky art design. However, many believed the gameplay could have been a little more fine-tuned. Even so, tt was a commercial hit right out of the gate, and has since sold nearly seven million copies to date. Crash Bandicoot was the first non-Japanese title to receive a “Gold prize” in Japan for sales of over 500,000 copies. Of course, the game quickly spawned numerous sequels.

Naughty Dog quickly began working on Crash Bandicoot 2: Cortex Strikes Back. The sequel, as you’d expect, improves on nearly every aspect from the original. Crash 2 is more ambitious with larger levels, more engaging and exciting boss battles, and an enjoyable story. Development took place over the course of 13 months with a budget of $2 million. Naughty Dog added new, dirtier locations in the game like sewers, better colour contrast to show depth, and new character Coco Bandicoot, Crash’s sister. 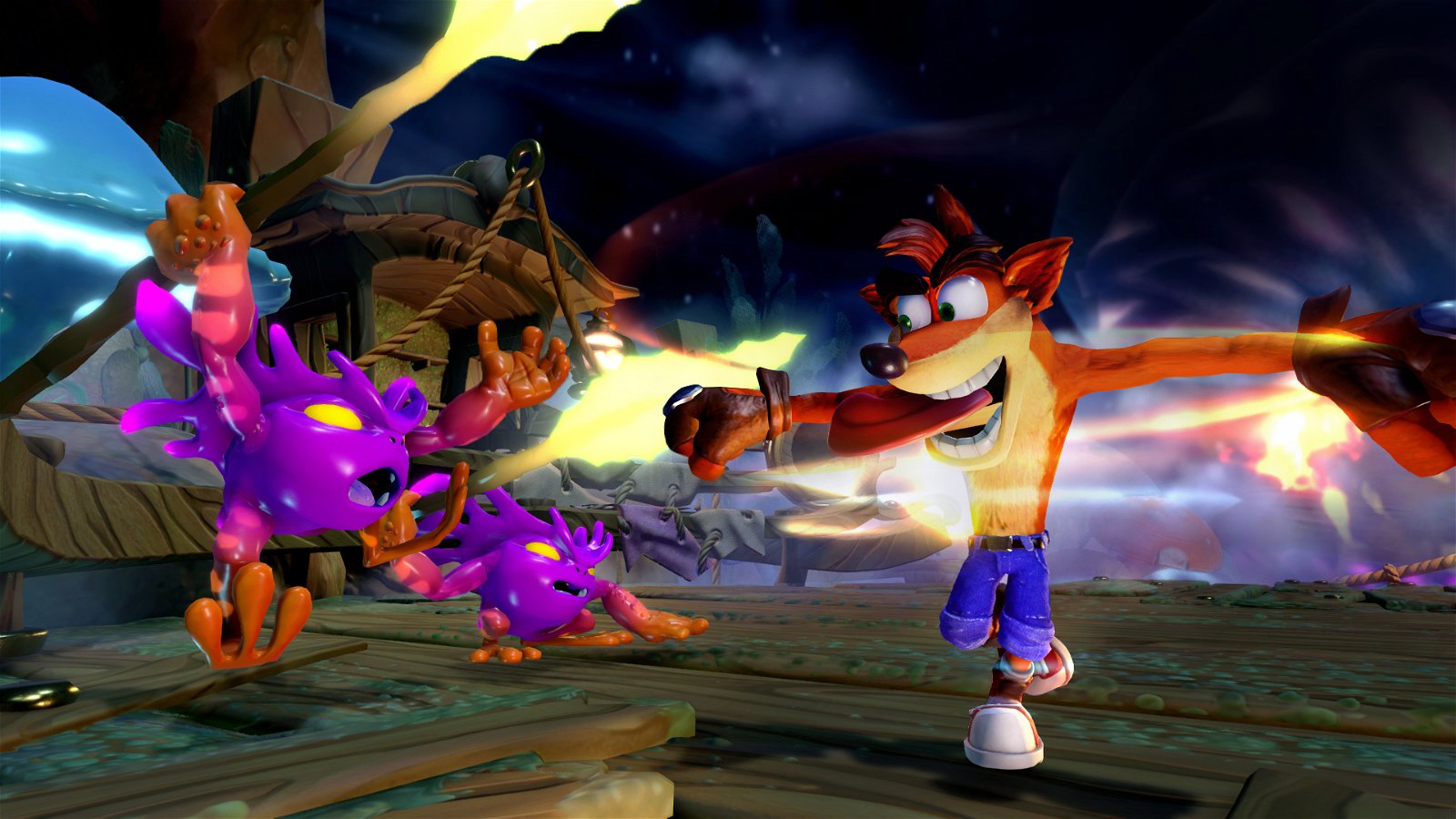 Crash 2 was better received critically, with most reviews praising the challenging but fair platform gameplay. The third entry, Crash: Warped, continued the series’ upward trend with even more improvements. Naughty Dog was beginning to come into its own as a developer, and was able to deliver Warped in less than 11 months of development. After completing the trilogy, Naughty Dog decided to end the series with a kart-racing game, which was a first for the series. Just like Mario Kart, Crash Team Racing lets players compete in high-octane races while using various different weapons to slow down their opponents.

The real new addition to the kart-racing genre at the time was the game’s turbo system. It gives the player boosts of speed during power slides and while gathering hang time. This was added to make the title feel more interactive than older kart racers. Naughty Dog finally moved on from Crash and began working on Jak and Daxter for the PlayStation 2. This is when the series began its downward spiral.

First came a half-baked party game called Crash Bash, developed by Eurocom Entertainment in 2000. Then came the first story-driven, single-player focused Crash game since Warped, Crash Bandicoot: The Wrath of Cortex. It’s essentially a prettier version of what came before, with little innovation. The main issue here was the fact that other developers, like Naughty Dog with Jak ironically enough, were trying out different, exciting new things with platformers. Jak and Daxter is one of the first PlayStation 2 games that allowed you to freely explore a beautiful and sizable open world. Linear level design had become a thing of the past, and Crash along with it. 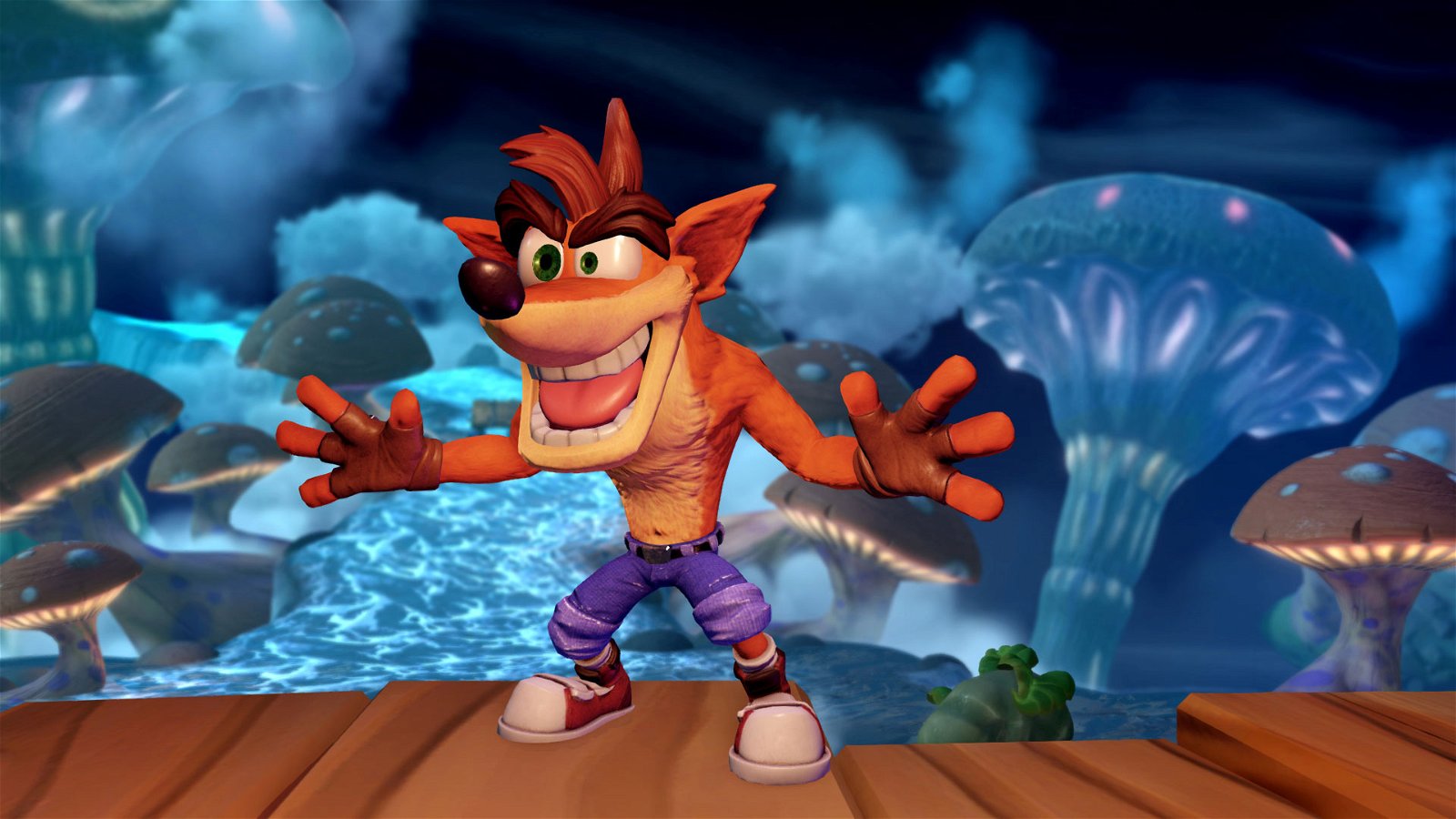 What followed The Wrath of Cortex were a few mediocre handheld games, another kart-racing title and the slightly more creative Twinsanity. This 2004 game was the second from developer Traveller’s Tales. Twinsanity feels different because it was the first time the series finally embraced open-world gameplay. You can freely explore eccentric, varied environments while collecting different items and solving puzzles. Plus, the crux of the moment-to-moment gameplay centers on Crash and Cortex teaming up while you try to figure how to utilize their different skills to progress.

The next main entries after Twinsanity are Crash of the Titans, in which you can control various different towering behemoths to combat enemies, and Mind Over Mutant, with a similar gameplay gimmick. Both are filled with technical flaws and lack the energy and creativity of the original Crash games. The series was relegated to being nothing more than a second tier mess, and as a result publisher Activision hasn’t released a single Crash game in years. Sadly, Crash’s history is one that only gets worse and worse. But after a long hiatus, and a renewed hunger for 3D platformers, PlayStation’s original mascot has the opportunity to make a grand return.