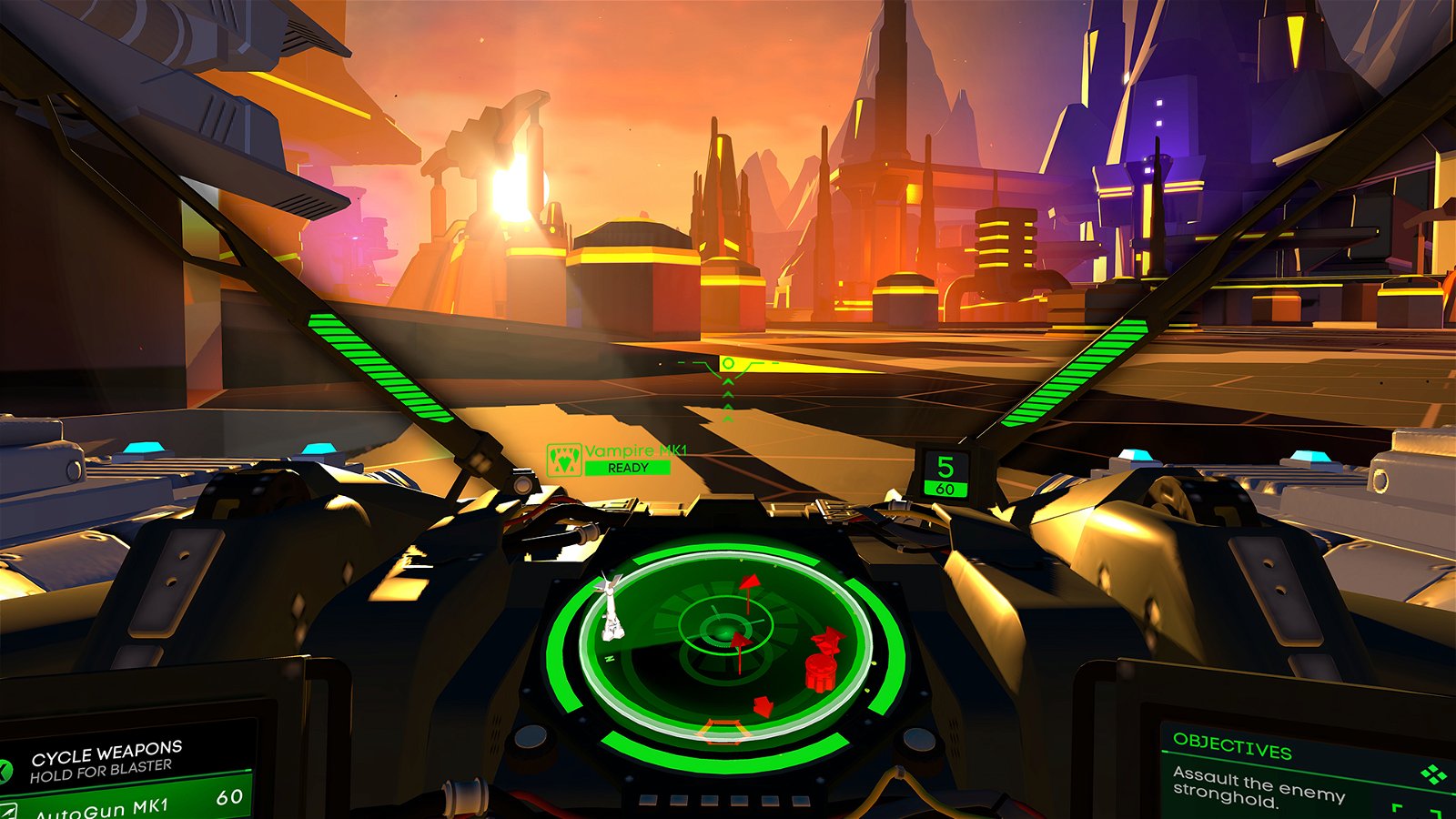 With the PlayStation VR headed to the PlayStation 4 on Oct 13, 2017, there’s a lot of excitement over Sony’s entrance into virtual reality gaming. As Liana Kerzner reported earlier this year, Sony’s upcoming virtual reality headset is an affordable and engaging alternative to the pricey (and occasionally awkward) Oculus Rift and HTC Vive builds on PC. Not to mention, the unit’s launch titles aren’t simply fancy VR demos. Just take a look at the brand new trailer revealed today for Rebellion’s upcoming tank combat game, Battlezone.

Entitled “Battlezone 101!”, Rebellion’s new gameplay video gives us an extensive rundown of the game’s upcoming features. Play takes place inside a tank HUD, all accessible directly via the VR system. Players use their tank to fight against enemy tanks, turrets and airplanes sent by the evil Rotberg Corporation. The game’s end goal is to run through the campaign map and reach the company’s AI core, destroying the fundamental power behind their maniacal schemes.

Battlezone also mixes in some roguelike features with their VR first-person campaign. Maps are randomly regenerated every new playthrough, meaning everything from resources to the AI’s core will vary. So no two runs are the same, and every campaign requires its own fair share of strategic planning.

But Battlezone‘s trailer reveals more than just campaign news. A co-op mode will be available upon launch as well. With support for four players, PlayStation VR users can get together across the Internet and work in unison to destroy the Rotberg Corporation once and for all. Until they play another campaign round, that is.

The PlayStation VR’s upcoming release comes at an interesting time. It’s no secret that virtual reality faced struggling sales over the past month. With Steam’s August 2016 survey reporting that HTC Vive and Oculus Rift sales slowed to a crawl, it seems the VR bubble is settling down. But Battlezone plans to be an extensive and complex FPS game that can be played as soon as the PlayStation VR releases. Alongside the free demo disc that every PlayStation VR unit is bundled with, there’s already plenty of content for early adopters to try out in October.