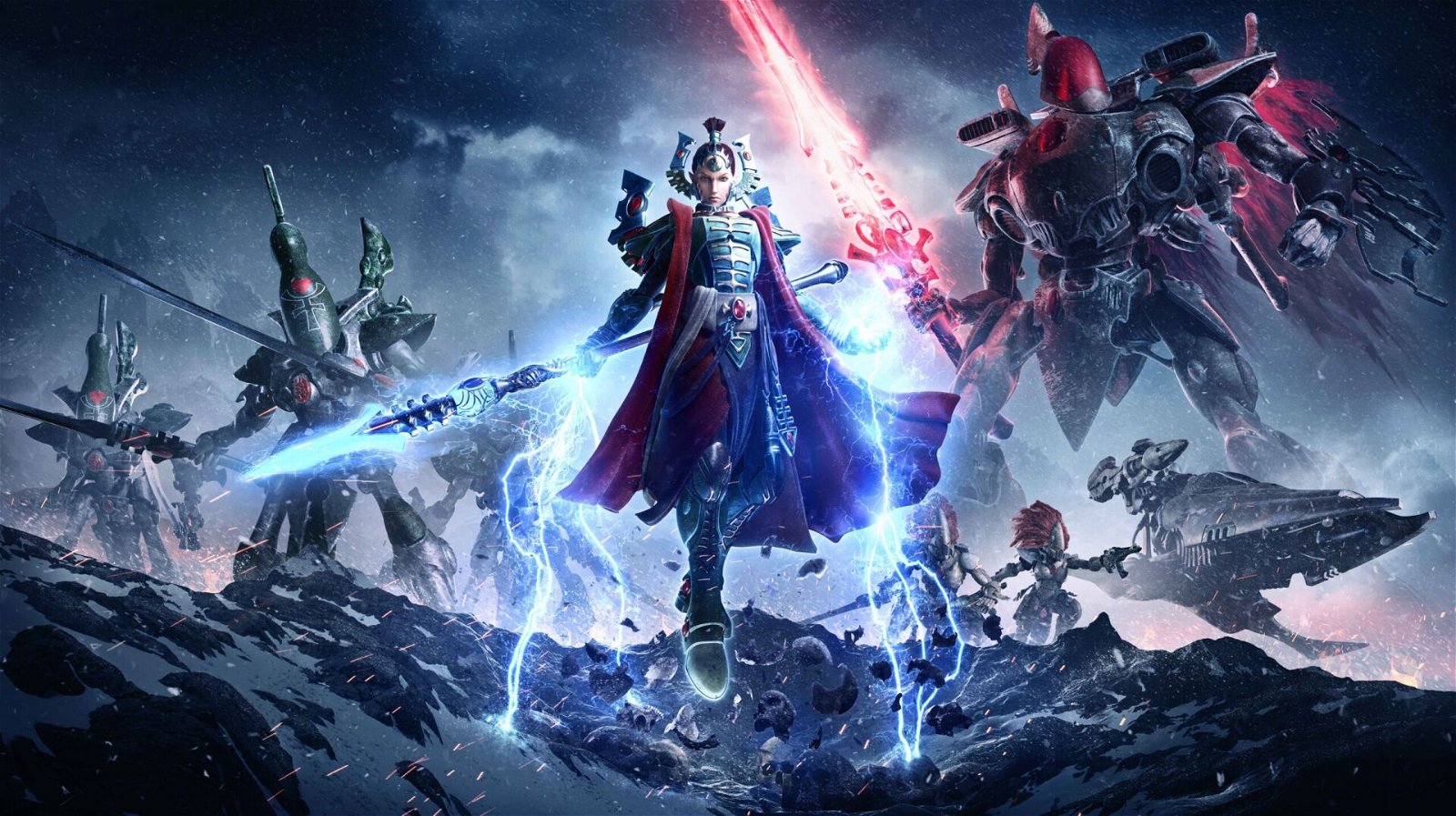 Citizens of the Imperium of Man will be delighted today as details have come to light regarding the loathsome Eldar playable faction in Relic Entertainment’s upcoming Warhammer 40,000: Dawn of War III. These vile creatures join the power armor clad Space Marines and the vicious Orks in the struggle to obtain a terrible weapon from the world of Acheron.

Dawn of War 3 is next installment in Relic’s extremely popular series of real time strategy games set in the Warhammer 40,000 universe, a heavily distopian setting in the far flung future. Though little has been said on the subject, DoW 3 is expected to have a robust multiplayer experience paired with a multi-tiered single player mode that focuses on epic, large scale engagement  in a brutal world.

The ancient Eldar, the few survivors of a dying race which once ruled over the galaxy. They will use powerful psychic abilities and advanced technology in their futile war. Eldar players will have a vast array of tools in their arsenal with which to fight their impending death, such as the Webway, portals that relocate Eldar armies and provide speed and health buffs to nearby forces, and the Eldritch Storm, a massive tempest of psychic power that slows enemies and throws lightning at them.

DoW 3 will also emphasize hero units and super units for each faction. In this case, we’ll see Farseer Macha bringing powerful psyker abilities and fearsome spear, which she can plant to further modify her abilities but making her a more vulnerable target. Luckily, her fallen comrades will lend her army their aid in the form the the super unit Wraithknight Taldeer, controlling the battlefield with an oversized blade and a nasty paralyze.

Dawn of War 2 managed to do a lot of things right, and it looks like it’s sequel is shaping up to continue the tradition. Whether this latest game will please the Immortal God Emperor or not will have to wait until its 2017 release.