Unboxing the Gears of War 4 Xbox One S 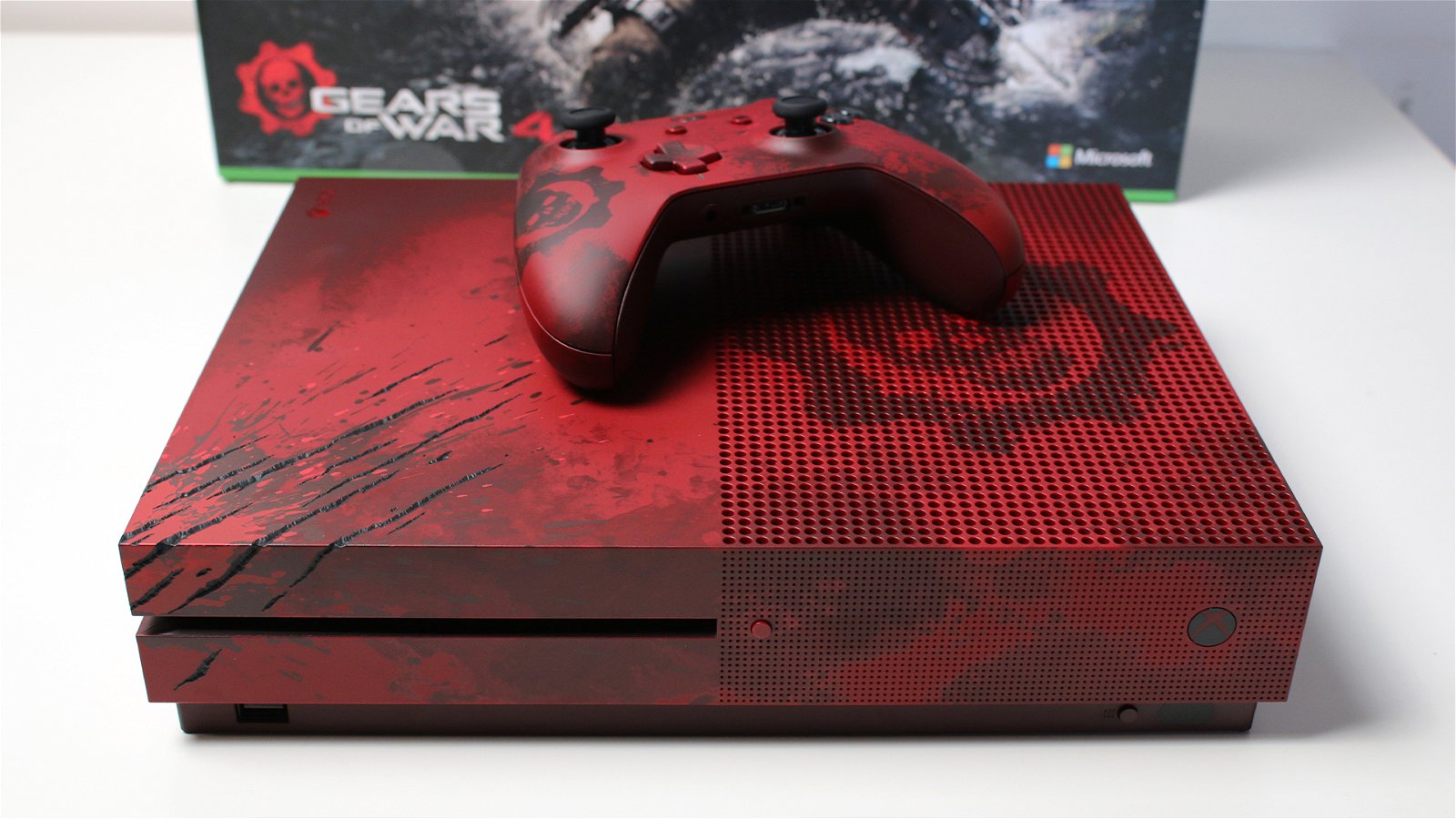 Gears of War 4 won’t be out until Oct 11, 2016 but to mark the release, Microsoft is launching the new Gears of War 2TB limited edition Xbox One S bundle and we unboxed it!

The Xbox One S is a powerful, splotchy, crimson red with the Crimson Omen logo on the air vent. Long scratch marks along the corner of the console are actually carved in, giving it a war-torn look and feel. The bottom of the console features a mysterious Phoenix Omen. When you turn on the console, the start-up music is the Gears of War overture. The console comes with a 2TB hard drive, 4k ULTRA HD video and blue-ray player and a higher contrast ratio for richer colours, making it one of the most powerful Xbox One Consoles on the market. Moving a way from the console itself, the Gears of War 2TB Xbox One S bundle comes with a matching crimson, weathered controller with scratched buttons and two times the wireless range.
But if the style and specs aren’t enough to entice fans, the bundle features early access to Gears of War 4: Ultimate Edition (with the Season Pass and loads of bonus content) for the Xbox One and Windows 10. Since the game is an Xbox Anywhere title, fans can access their game on both console and PC as game progress, Achievements and Gamerscore are saved on Xbox Live. For newcomers, the bundle also comes with full digital downloads of the entire franchise leaving them with hours upon hours of game play.

For die-hard fans of the Gears of War franchise, this limited edition bundle is a must have for getting into the Gears of War universe. Even strictly PlayStation fans will be convinced to finally buy an Xbox, just to appreciate the detail that’s gone into this console. The bundle is available for $449 on Oct 7, 2016.