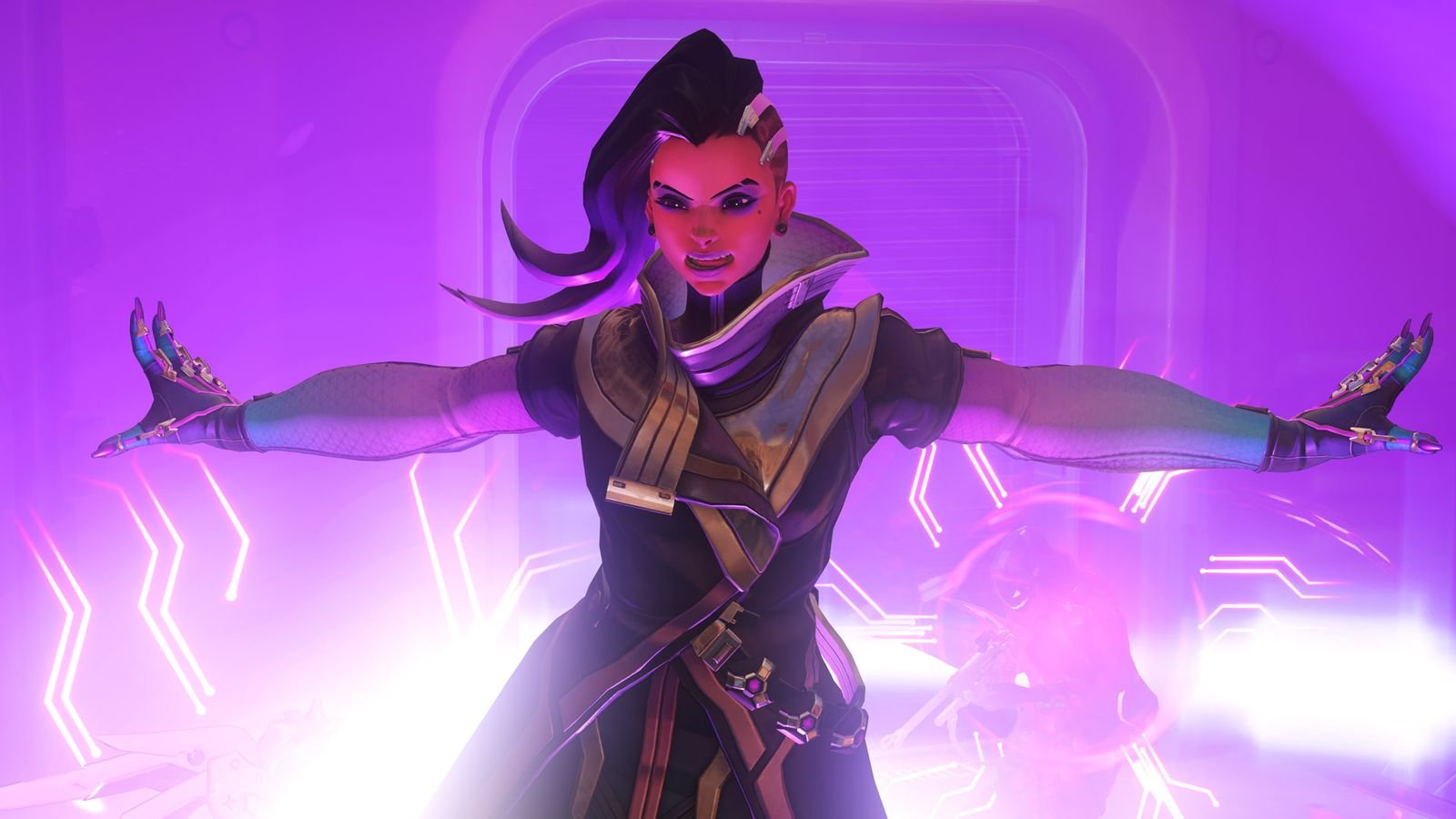 After months of speculation, along with an elaborate ARG that started in June, Blizzard has officially unveiled Sombra, Overwatch‘s 23rd hero.

An orphaned hacker from Mexico, Sombra was raised by the Los Muertos gang. She provided them with technical expertise in return for taking care of her. However, her curiosity as a hacker got the best of her, and she tried to uncover an elaborate conspiracy, only to become pursued by ominous corporate and government entities. She went underground and off the grid, and reemerged as an augmented double agent, playing all sides to achieve her ultimate goal: world domination.

Sombra is a hero in the offensive class, but her moveset is stealth-based. Members of Overwatch‘s dev team showcased her abilities at BlizzCon in front of a packed audience. Her primary asset is the ability to turn completely invisible and sneak around the opposition. This allows her to hack health packs, claiming them for her team, along with hacking Torbjorn’s turrets and incapicating enemies by “hacking” them (which can automatically strip any sort of shield.) For pure offense, she comes equipped with a “machine pistol,” which is really just a fancy Uzi. This could be useful for cornering wounded enemies, as Sombra can see enemies that are below half health through the walls at all times, as part of her passive skill.

Her ultimate move, EMP, could be a source of controversy. It targets a group of enemies in a certain radius at once, similarily to D.VA’s and Mei’s ultimates. However, EMP automatically destroys shields and buffs. If Lucio just buffed the team, or if you’re relying on Reinhardt’s shield to survive, well, you’re out of luck.

Walking around BlizzCon, I heard some congoers saying that Sombra is “broken,” and some reactions online have said things to a similar effect. Whether or not you’re a fan of Sombra, however, I’m at least glad that this several-month wild goose chase has drawn to a close.

Sombra will be rolled out in Overwatch‘s PTR this week, with a wider launch confirmed to be coming “soon.” Watch her debut below.