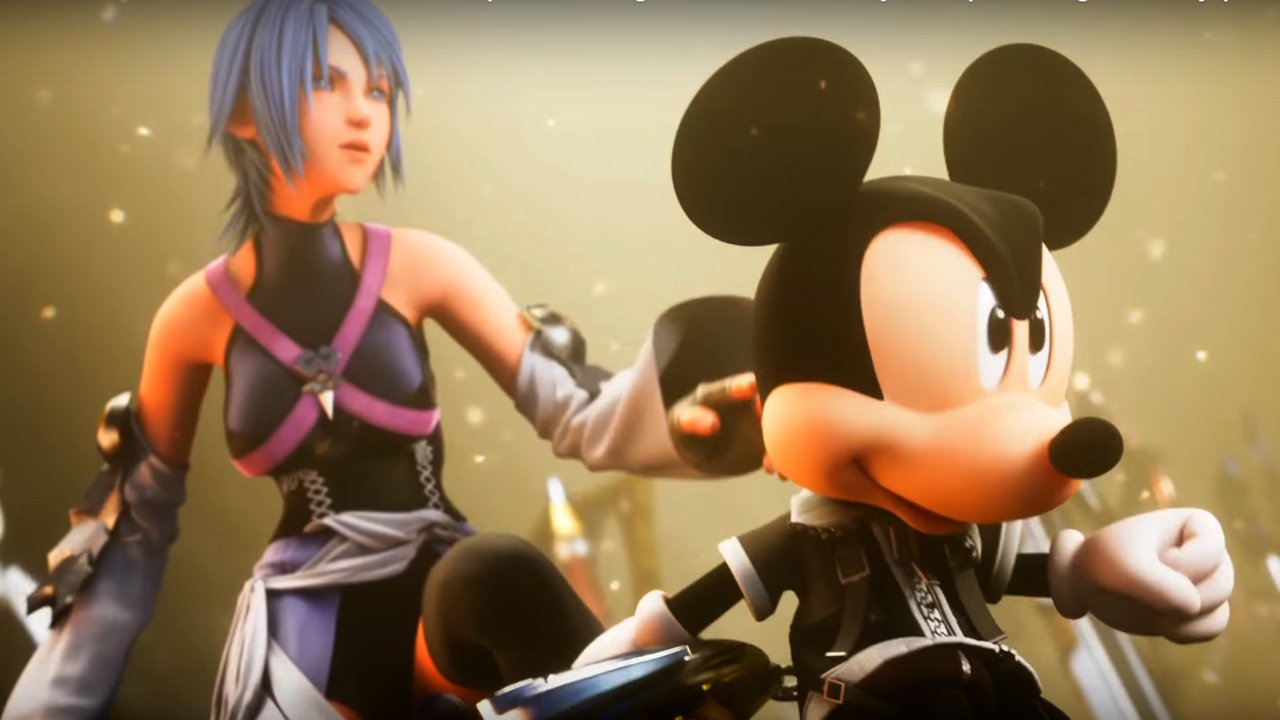 Square Enix struck gold back in the early 2000s when they partnered with Disney to create the now beloved Kingdom Hearts franchise. Really, when you think about it, with two main entries and eight games total across multiple platforms, the series did better than anyone could imagine. Of those titles, 2010’s PSP hit Kingdom Hearts: Birth By Sleep is one of the most revered. Considered by many to be the best spin off title in the franchise, Kingdom Hearts: Birth By Sleep was praised for its visuals and intuitive gameplay. So it’s no surprise that as Kingdom Hearts III draws closer and closer, Square Enix gave a new spin on the highly regarded spin off with Kingdom Hearts 0.2: Birth by Sleep – A Fragmentary Passage.

Packed in with the Kingdom Hearts HD 2.8 Final Chapter Prologue, Birth by Sleep – A Fragmentary Passage is an extension of the title that was originally remastered in the Kingdom Hearts 2.5 Remix. Taking place after the events of the original Dream Drop Distance, the story is told through the perspective of Aqua and leads into Kingdom Hearts III. All of this information is already pretty common knowledge though; so let’s get into the gameplay that I was able to experience at a Square Enix Event in Toronto.

The area I was able to fool around in was a city, on the verge of destruction, that is currently stopped in time. The art team must have had a blast designing this town; the beauty that comes out of the destruction is visually captivating. The way chunks of structures almost spiral out into vortexes but don’t ever move makes for very interesting platforming set pieces. The bright blue colours mixed with the darker back, blue, and purple sky contrast with the more dull tones of the town as well working together to make a treat for the player’s eyes.

My demo started well into the game, and my mission was pretty simple: traverse the level in search of gears to reverse time so I could cross a bridge that was completely destroyed. For the most part, it was a blast. The free flowing Kingdom Hearts combat is as enjoyable as ever and the series’ transition to next gen consoles feels pretty smooth as a result. Everything felt very familiar and natural. Combos were easy to pull off, and mixing in well-timed magic attacks was as fun as ever, as is the double jump feature, which was encouraged during combat. Defeated enemies drop fragments (I see what you did there Square Enix, you clever devils) which can be collected to unleash an even more powerful unlockable move to really stick it to baddies.  I did encounter some issues with aiming when there were multiple enemies on the screen, but that’s always been a bit of a slight on the series.

The boss I encountered—after collecting my gears and making my way to the bridge—was a collection of Heartless that swarm together to make a giant whirling dervish that uses a handful of moves in a relatively predictable pattern. To gain victory, I used everything I learned earlier in the demo to pick it apart, separate the Heartless, and give them a good keyblade whacking.

As far as first impressions go, this was a great demo to give players a taste of what to expect from this (essentially) new experience. Kingdom Hearts 2.8 also comes packed with an HD remastering of Kingdom Hearts: Dream Drop Distance and Kingdom Hearts χ Back Cover, a cinematic story that is said to shed more light on the history in the series, so there’s actually quite a bit to look forward to.

While it isn’t Kingdom Hearts III, Birth by Sleep – A Fragmentary Passage looks to be a nice taste of fresh Kingdom Hearts that fans have been deprived of for a long time. This could be the perfect appetizer for the main course that is the next full-fledged entry in the series, and as far as taste tests go, Square Enix is definitely making me crave more from the series.