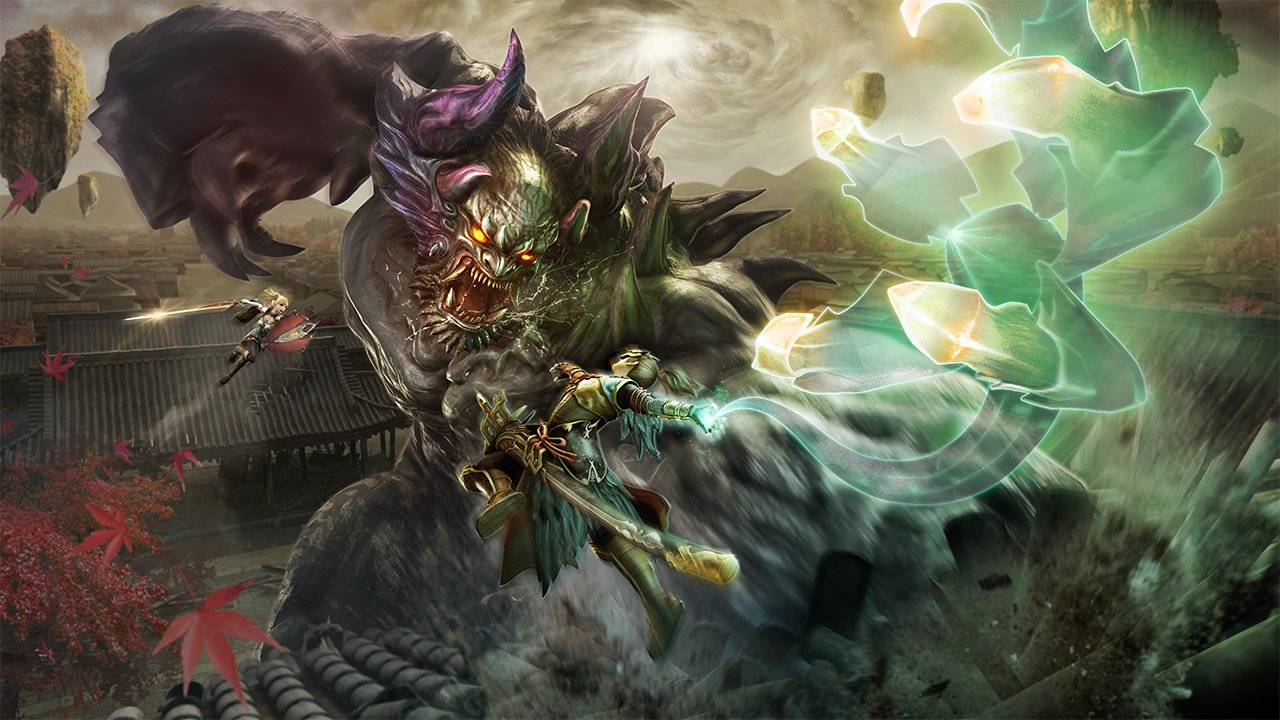 Koei Tecmo, the company behind the Dead or Alive Franchise, has released more information on their newest game, Toukiden 2 including plot details, screenshots, video, weaponry and best of all, a release date.

The sequel to the monster-hunting, medieval Japan game Toukiden: The Age of Demons, now centres on the seemingly peaceful village of Mahoroba but the town is plagued with internal conflict. The town is tasked with protecting the Shrine Maiden, Kagura, but Mahoroba’s two rival clans– the Imperial Guard and Samurai- battle for supremacy and risk the safety and future of the town. In an effort to keep the peace, the Holy Mount sends its own force of Slayers but their presence raises further tensions. However, a new Slayer mysteriously appears on the outskirts of Mahoroba and the question remains; will this Slayer unite the clans or will the conflict tear the world apart?

As players battle the monsters and other various foes in Toukiden 2, they will be able to customize their weaponry to suit their combat style. There will be a new and wide variety of swords, spears, knives, gauntlets, chain-sickles (kusarigama), bows, clubs, polearms, and rifles. The game is even adding a sword and shield option, along with a chain whip that wasn’t available in Toukiden: The Age of Demons. All the weapons have special abilities and can be personalized and enhanced with the souls of fallen warriors. Those souls can even enhance the player’s powerful Demon Hand in Attack, Defence, Speed, Healing and Control. Also new to Toukiden 2, the player will be able to summon Oni to help them in their battles by either attacking or distracting enemies however, the player will only be able to summon three Oni at a time.

Toukiden 2 is set to release on March 21, 2017 for the PlayStation 4, PlayStation Vita and for PC.