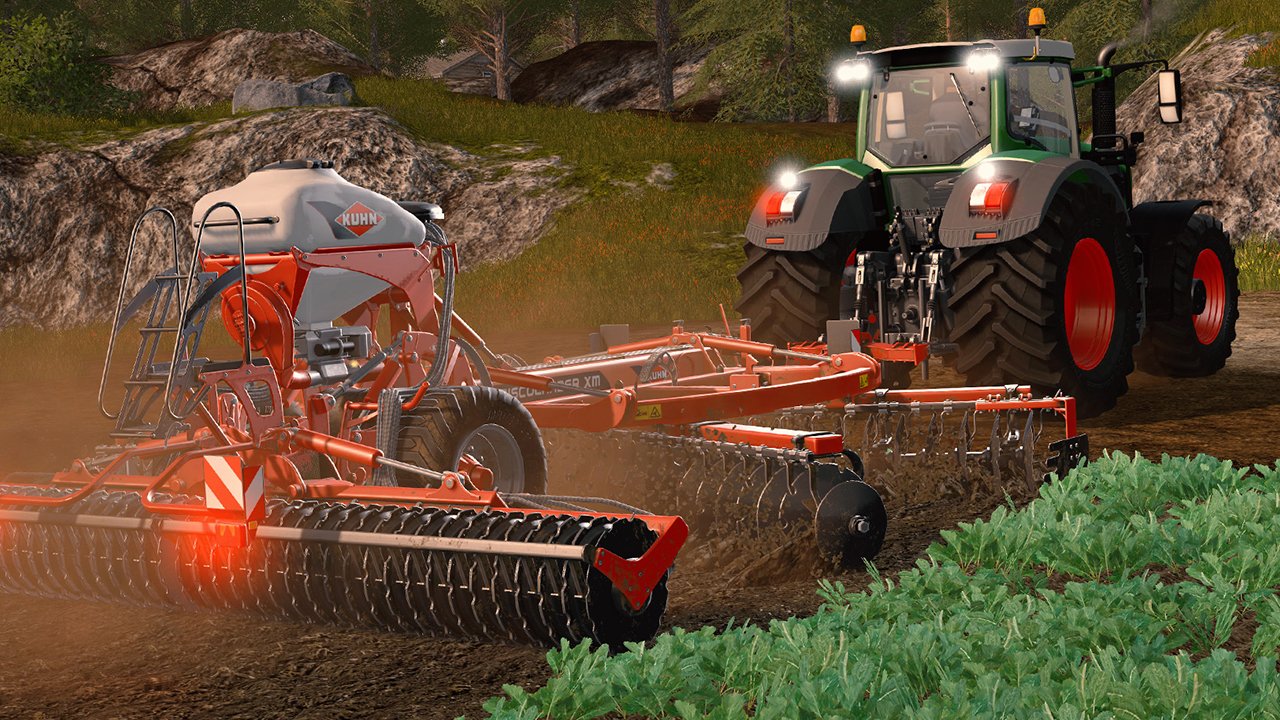 The new content will add equipment from Kuhn to the game’s long list of reproduced vehicles and tools. Kuhn was established in 1828, and is a leading manufacturer of farm machinery. The Kuhn equipment pack provides 18 tools giving players more options for working with square or round bales.

The wide range of tools included in the pack will incorporate The ESPRO 3000. It was voted “Machine of the year 2015,” and will be the first three-meter direct seeding sowing machine in Farming Simulator 17. Other tools such as the SW 4014 and FBP 3135 will offer incredible functionality and variety for handling bales on the farm.

Others tools in the pack such as the Kuhn DC 401, HR 4004, BTF 4000 and TF 1500 can be combined. Players can use the TF 1500 as a seed tank in the front of their tractor, while the other three simultaneously cultivate, sow, and add a “plough state” to the field from the back.

According to Giants Software, in Farming Simulator 17, players take on the role of a modern farmer. They are set in an open world with loads of land to cultivate. Players can harvest many types of crops like sunflowers and soybeans. They have to take care of their livestock that includes cows, chickens and pigs, take part in forestry, and sell their products to expand their farm. They can also transport their goods with trucks and trailers or load and drive trains to reach their destination.

The Kuhn Equipment Pack DLC is available for download on PlayStation 4, Xbox One, PC, and Mac. It is also included in the PlayStation 4 and Xbox One Season Pass offer.