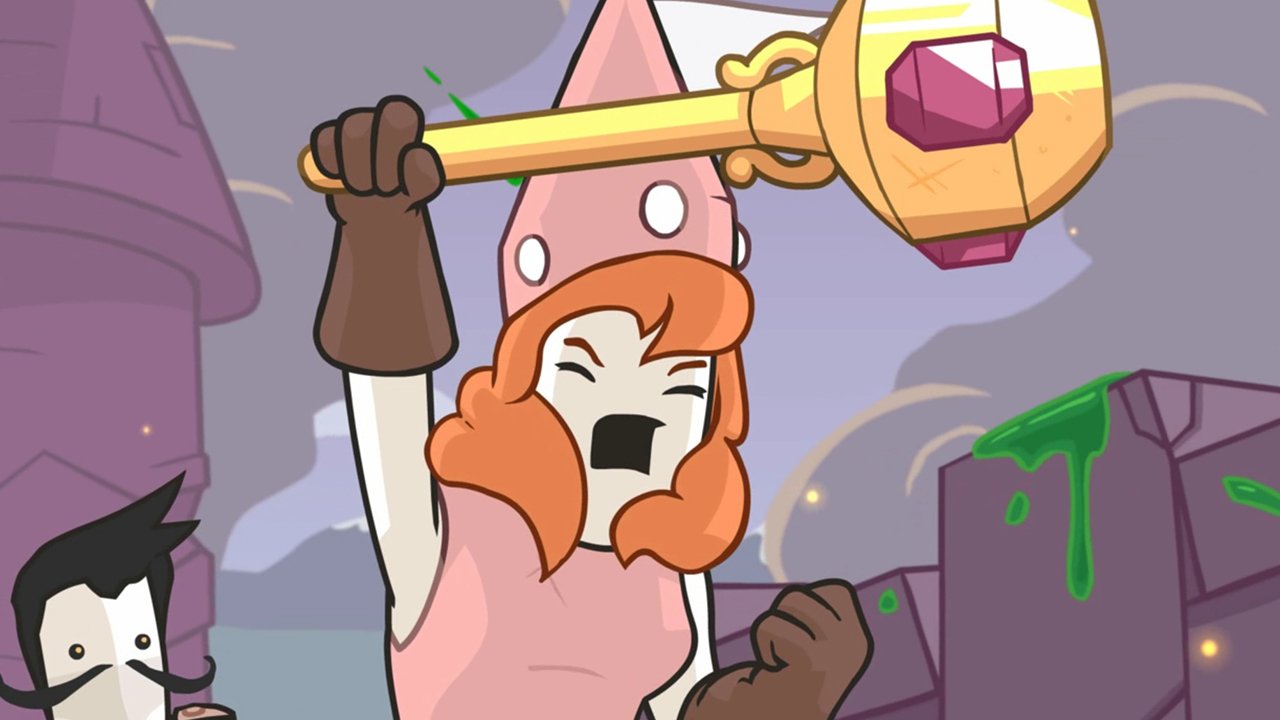 Pit People has evolved quite a bit since its 2014 debut, and so has the company behind it, The Behemoth.
They started off as an action platform developer with Alien Hominid and its game within a game, PDA Games. Then they branched off into beat 'em ups with Castle Crashers, perhaps their biggest game to date, before moving back into the platforming space with BattleBlock Theater. Behemoth doesn't do the exact same thing twice, and although they could probably make a lot of money from sequels, so far, they've opted to push the envelope and challenge themselves constantly. The same goes for Pit People.

I wasn't really sold on the idea at first. I grew up with the strategy genre on games like Panzer General and Command & Conquer, but I feel like everything in that space has been done already. I severely underestimated the power of The Behemoth, because it's one of their weirdest worlds yet, which is probably the game's biggest draw. The gist is that the world has been thrown into an apocalyptic state of chaos after a giant space bear crashed into the world, breaking it apart into hexagonal pieces that conveniently make up the tile-based strategy element of the game.

But it's not just the fact that the world is wacky, as nearly everything in it is out to get you, even the narrator. Playing the part of the humble farmer Horatio, said announcer and nearly everyone else in your adventure will berate you and wish death upon you. Tongue-in-cheek and dark gallows humour is practically commonplace in games now, but voice actor Will Stamper and the writers for The Behemoth have it down to a science; the script is laugh out loud funny.

I was also surprised at the scale, in terms of how far the early access version has progressed since last year's beta. Initially it was just the 30 minute tutorial and a few stages, but now players can take a swarthy crew across a massive map in the campaign, partake in skirmishes to unlock over 1,000 items, or battle it out in a versus mode. The way combat works is also well suited for people who don't typically play strategy games either, as the story sort of eases players into different archetypes like ranged and melee, teaches you positioning, and gradually grants you more abilities.

It's a little slower than I'd like, but again, the excellent script, voice acting, and tried and true Behemoth art style will carry you along in those brief slumps. Co-op makes things even better, and even if you lack two controllers on PC, one player can use a mouse and keyboard while the other sports a remote (nice touch). Once you gain the ability to recruit new monsters (by leaving them as the last one alive in battles) and change up their outfits, it starts to turn into a fully-fledged SRPG. Recruiting enemies by leaving them alive does have the propensity to get a little grindy, but for now, given the Early Access truncated story, it's fine. Driving around in a pooping vehicle helps.

There's no window yet for when Pit People will exit Early Access, but it's worth checking out now if you're remotely interested in the company’s games. Whenever the game finally does arrive, the price will go up.