Did PlatinumGames Lose Their Touch? 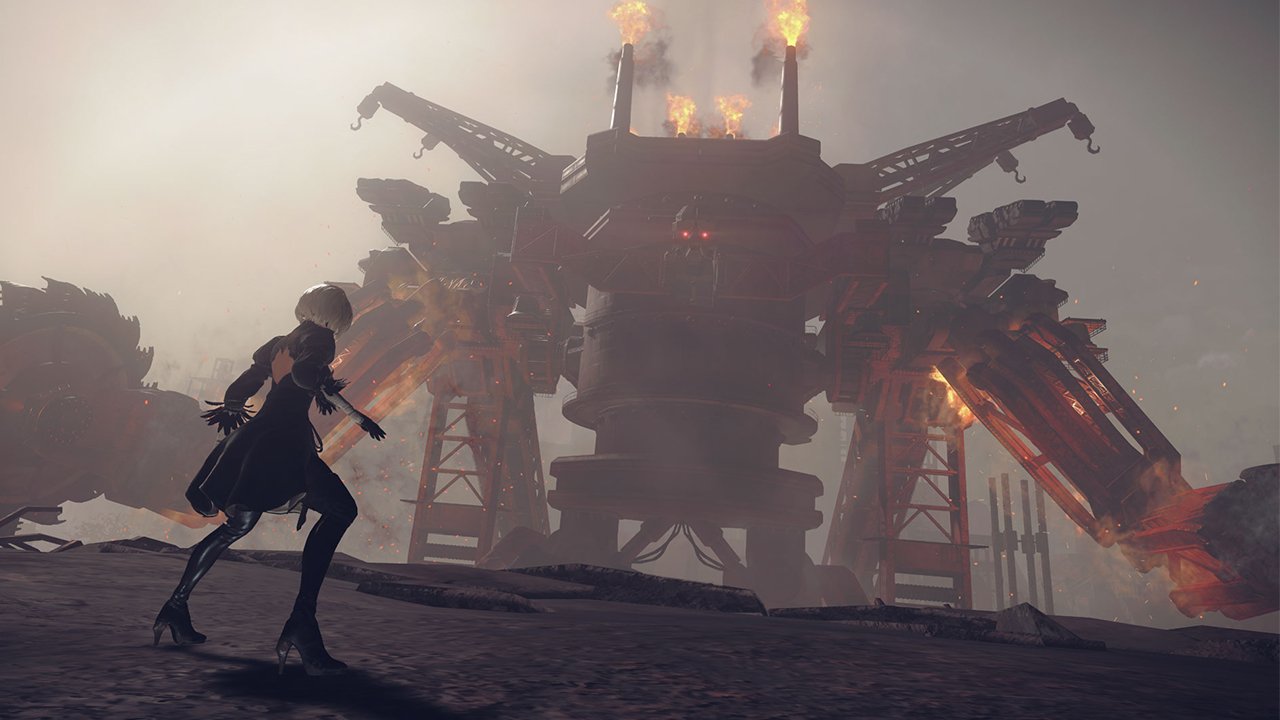 It’s hard to watch a once mighty talent fall. It can be akin to watching a student or employee that you know is smart continuously mess up, or seeing your child coast through life until they crash and burn in college. For the last year, the gaming community at large has been suffering this collective disappointment in response to PlatinumGames, an independent game studio founded by an all-star team of ex-Capcom developers. The spiritual successor to Clover Studio, the team behind classics like Viewtiful Joe, Ōkami and God Hand, the initial creative forces behind Platinum were Resident Evil creator Shinji Mikami, Devil May Cry creator Hideki Kamiya and former Clover CEO Atsushi Inaba. They formed a partnership with Sega as their game publisher, and at first, everything seemed peachy.

The founding principle of Platinum, according to co-founder Inaba, was to create new and risky IPs. For a while, that’s exactly what they did, developing the gloriously bloody MadWorld, the gleeful over-the-top spectacle of Bayonetta, and the sharp third-person action of Vanquish. While the critical reception to these titles was strong, sales were not as encouraging, culminating in Sega outright refusal to market their 2012 game Anarchy Reigns because it would be a “waste of money”. The message that Platinum received was clear: their mission to create new and interesting IPs was incongruous with the demands of the market.

Fortunately, two angels arrived: one known as Nintendo, and another with the name of Hideo Kojima. Nintendo offered to fund their next two projects, The Wonderful 101 and Bayonetta 2, as long as they made them exclusives. Meanwhile, Kojima asked Platinum to develop a Metal Gear spin-off focusing on Raiden that eventually became Metal Gear Rising: Revengeance. These projects were well-received, and for a brief moment, it seemed like things were back on track.

Then, soon after the release of Bayonetta 2, a game based on The Legend of Korra was announced out of the blue and quickly shoved out. Within minutes of playing it, the reason was immediately clear. Before The Legend of Korra, there were some Platinum games that weren’t universally loved, but generally weren’t acknowledged to be flat-out bad either. The Legend of Korra showed that Platinum, who up until this point were one of the most fan-venerated developers in the business, were very much capable of making a downright awful game.

Even after that failure, the next year Platinum released another licensed game in the form of Transformers: Devastation, which turned out pretty good. For a brief moment, it seemed like Korra might’ve been a one-off fluke. Then 2016 came, and with it the most disastrous period in Platinum’s already rough lifespan. Star Fox Zero, which Platinum co-developed with Nintendo, was released to less than ideal reception, followed by the company’s president Tatsuya Minami leaving on the exact same day. A Teenage Mutant Ninja Turtles game released in the summer was also widely panned, and their huge Xbox exclusive directed by the company’s star Kamiya, Scalebound, was delayed and ultimately cancelled despite what seemed like substantial development. It seems like they might be bouncing back yet again with the release of NieR: Automata, but Platinum can’t keep doing this cycle of up and down forever.

So, looking at all of this, what happened? Even by glancing at the company’s game line-up, one answer is immediately clear: they make too many games. Platinum was founded in 2006, received funding from Sega in 2008 and released their first game, MadWorld, in 2009. They’ve released one full-length game almost every year since then, and have done multiple games in the same year for much of their lifetime. They don’t have the resources and staff to pull off such a feat either, with their last employee count at 197. To put that in perspective, Ubisoft Montreal, which releases games at a slightly faster rate, has a staff of over 2,400 and even then can barely manage it. It’s kind of a miracle that it took them five years to release a truly bad game with this in mind, but in conjunction with their financial losses early in their lifespan, it was inevitable.

Another factor is the souring of their relationship with Sega that resulted in their need to scramble for whoever would have them in order to stay alive. Nintendo and Kojima offering projects did help, but their partnership with Activision was most likely more trouble than it was worth. Activision published The Legend of Korra, Transformers: Devastation and Teenage Mutant Ninja Turtles: Mutants in Manhattan, and while Transformers may have turned out well, it doesn’t negate the two worst games that Platinum has and hopefully ever will develop. A possible reason for this is that Transformers is a brand that originated in Japan, so Platinum, a Japanese developer, is more familiar with it and knows what to do, while Legend of Korra and Teenage Mutant Ninja Turtles are primarily known to Western audiences, so Platinum doesn’t have much of a reference for them. Regardless, if Platinum had turned down these two projects to focus more resources on Star Fox Zero, the result probably would have been less of a disaster.

Metal Gear Rising and NieR: Automata are other factors. Metal Gear is a franchise both familiar to Japanese developers and perfectly suited to Platinum’s brand of spectacle, and while NieR is by no means a household name in any part of the world, Automata has the series creator and moon-headed nutjob Taro Yoko as the game’s director and writer to help provide a clear direction. While it may seem like Platinum’s history has been nothing but ups and downs, there’s a clear line connecting everything. Their recent rut has been a result of bad project choices, while that in turn was catalyzed by poor initial sales causing their publisher to drop them like they were hot rocks.

Platinum currently has two projects lined up for next year: a mobile game and a console game based on the popular Granblue. If NieR and Granblue make enough bank, there’s a possibility that Platinum can take a much needed break and afford to spread their releases out over a more manageable timeframe. If not, then expect them to burn out fast.