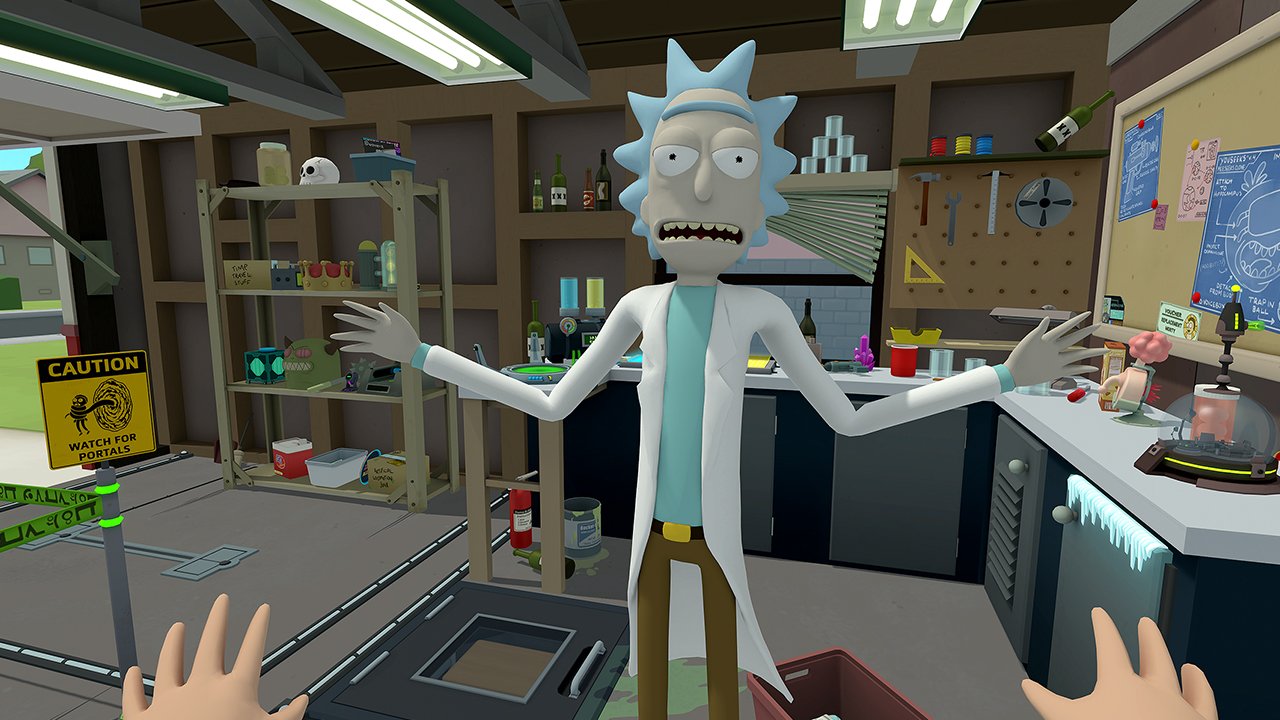 Based on the critically acclaimed Rick and Morty TV series, Adult Swim announced that Rick and Morty: Virtual Rick-ality will be available on April 20, 2017 for HTC Vive and Oculus Rift. The game promises a fast-paced, chaotic adventure with mechanics only possible in VR. Players will experience living as a clone of Morty, following Rick’s directions as they travel through many of the show’s most notable locations. Rick and Morty: Virtual Rick-ality tasks players with solving puzzles in order to complete missions, and interacting with objects seen in the Rick and Morty series. The game was developed by Owlchemy Labs, creators of the VR game, Job Simulator and Adult Swim Games, developers behind multiple titles such as Rain World.

Rick and Morty is an adult-oriented animated series created by Justin Roiland and Dan Harmon, that first aired in 2013. Originating from a short animated film parodying Back to the Future, Rick and Morty tells the story of Rick Sanchez, an eccentric and alcoholic mad scientist who often drags his easily distressed 14-year-old grandson Morty Smith, on surreal and dangerous adventures through the multiverse. Since the show’s debut, it has gained universal praise from critics, holding a 100 per cent approval rating on review website Rotten Tomatoes. The show is currently on its third season with 22 episodes available.

Rick and Morty: Virtual Rick-ality will be the fourth game based on the animated series. Rick and Morty was first adapted into a game in 2014 when Adult Swim Games released Rick and Morty’s Rushed Licensed Adventure, a point and click browser game. The team later released Jerry’s Game on mobile devices, a game based off an app seen in the show. The game has no real features to it. Players pop bubbles as they appear on the screen to set a high score. A free-to-play title called Pocket Mortys, meant to be a parody of the Pokémon Series. Developed by Big Pixel Studios and released in early 2016, players control Rick as he battles against alternate dimensional versions of himself by having their versions of Morty fight. The game has many RPG mechanics similar to what would be found in the Pokémon series and received favourable reviews from most critics.

Rick and Morty: Virtual Rick-ality will be available for $29.99 and can be found on Steam and Oculus Home.