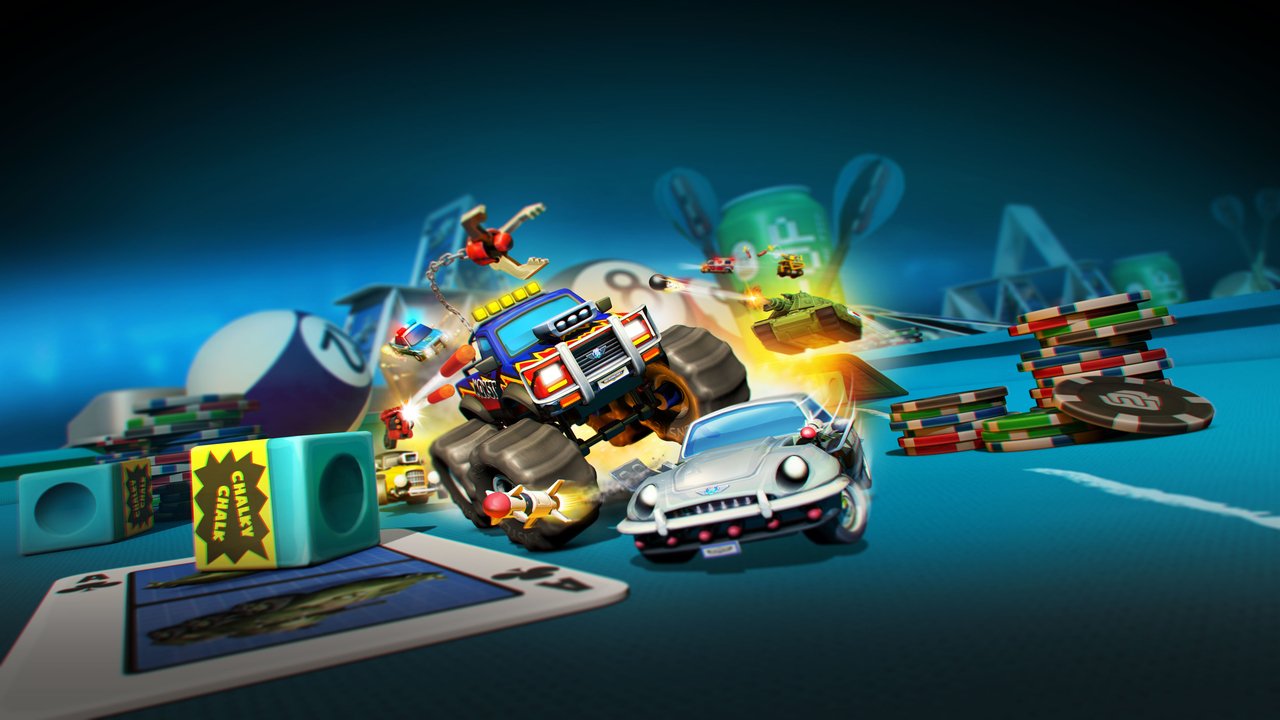 A brand-new game play trailer has been unveiled for the upcoming racing game Micro Machines World Series and it appears to be an all-out thrill ride of adventure. The trailer showcased exactly what has made this series a hit since the beginning, absolute carnage with larger than life environments. It gave fans of the series a sense of comfort as many classic vehicles were on display; as well as icy magic, massive hammers and black holes.

Micro Machines World Series is pegged for release on June 23 for the PlayStation 4, Xbox One, Windows, and Steam. It will play off the gimmick of the ones that have proceeded it, playing as a vehicle and racing through crazy environments (kitchen tables, stove tops, workshops, etc.). However, the developers are also going to make it a fresh new take on the franchise by adding new Battle Arenas.

The Battle Modes may be the most intriguing feature of this game, as they pit 12 players against one another in a frantic, competitive environment. Among the modes is Capture the Flag, 6 v 6 Team Deathmatch and Territory. In addition to this, Micro Machines World Series will also feature 12 brand-new vehicles for players to experiment with. Each individual one has its own unique strengths, an arsenal of weapons, and new skins via customization. All of this can be enjoyed in 15 different battle arena areas; such as Buzzsaw Battle and The Laser Lab.

Speaking of weapons, this new entry will have them. Whether this is a Dynamite Launcher or a Cobra Turret, each new weapon adds another layer of excitement. In a lot of ways, this new game play trailer was used as a way to get all fans hearts pumping. Guess what? It worked to absolute perfection; check it out right away!