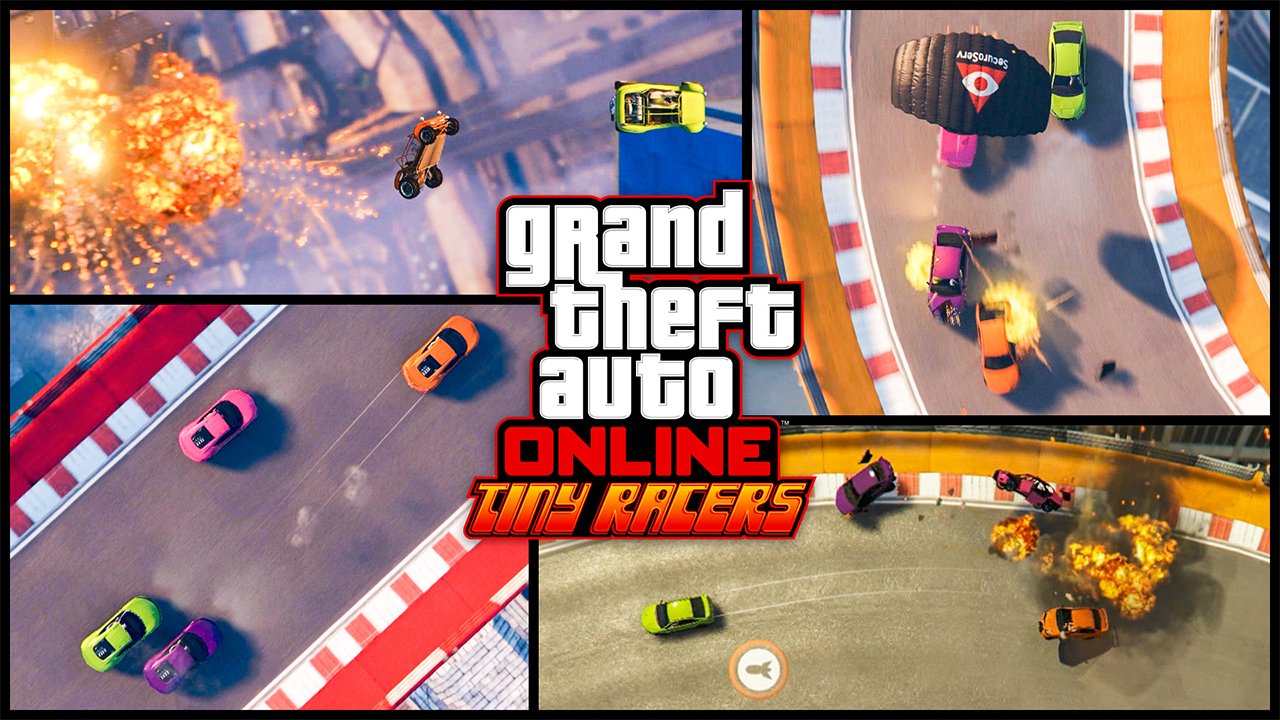 It seems fitting, with the new gameplay trailer for Micro Machines World Series that was recently released, that now yet another classic top-down racer receives a gameplay trailer. However, this is not a standalone game but an extension of a previous game.

Rockstar Games unveiled a brand-new trailer for their upcoming extension to Grand Theft Auto Online, called Tiny Cars. Whether intentional or not, this looks like it will be a throwback to the original days of Grand Theft Auto. Shot from a top-down perspective, it will be reminiscent of an old arcade-style racing game. The goal, which it always seems to be in this franchise, is to eliminate the competition by any means necessary.

Fans who are licking their chops at the sounds of this will not have to wait very long, as the trailer confirmed it would be released on April 25, 2017 for PlayStatio 4, Xbox One and PC. If for no other reason, this can give fans who are highly anticipating the release of Micro Machines World Series a way to get their fix before June 23, 2017. For those who could completely care less about this, there is some other noteworthy news from Rockstar Games as it entails to Grand Theft Auto Online.

In celebration of the date today (4/20), there will be some special savings for a limited time. Obviously, they all are in accordance with drugs. Firstly, any weed sales that are garnered in someone’s business will earn 50 per cent more revenue than normal. In addition, players can also save some money today. Via The Open Road, all Weed Farm Business and Business Upgrades are 50 per cent off the normal price. Finally, Green Tire Smoke (from LC Customs) will also be 50 per cent off this afternoon.