How Diablo Became an Instant Classic 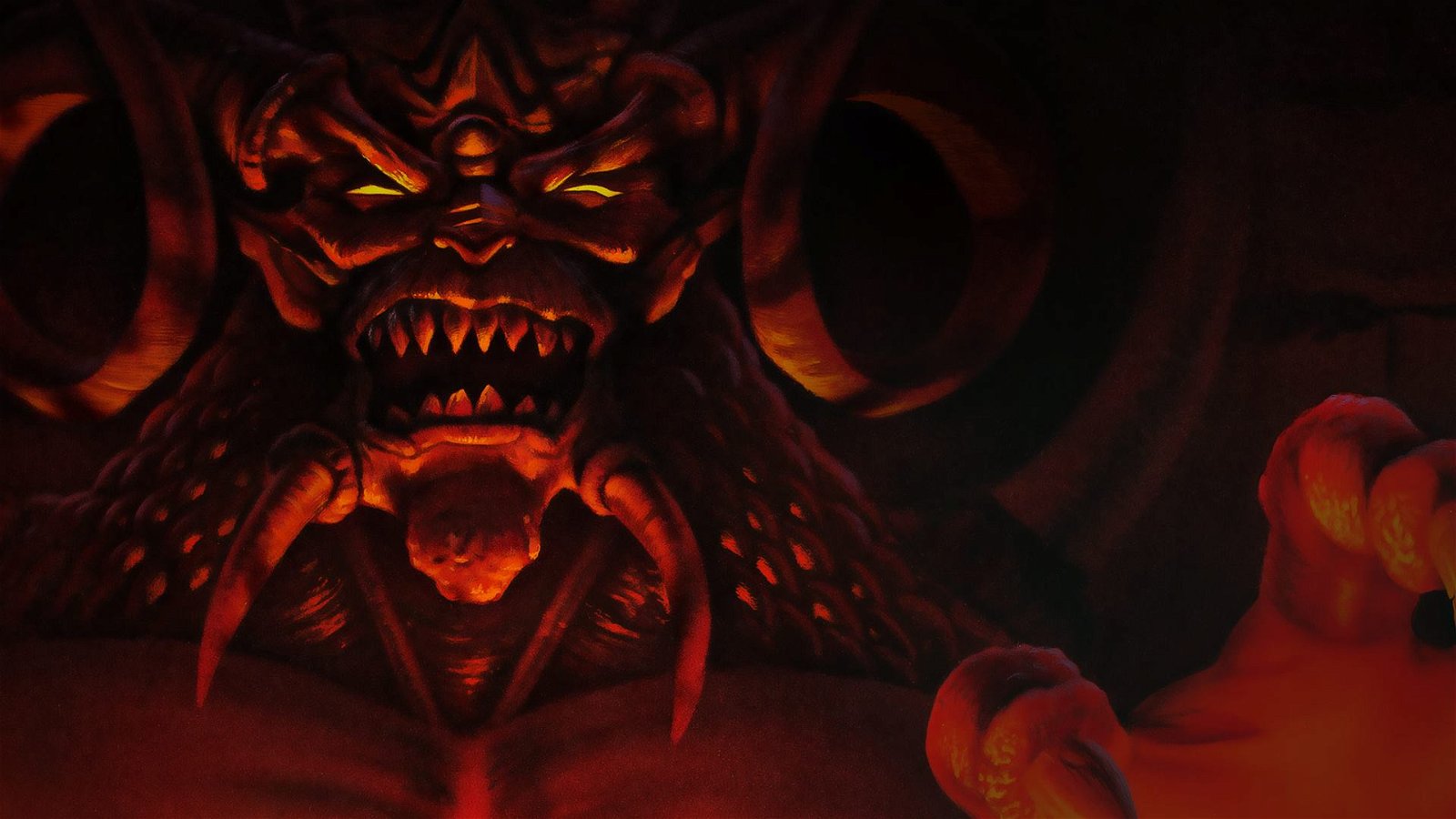 Upon release, Diablo became something that few titles can be — an instant classic. It was genre-reviving and genre-defining. Twenty years after its release, it still lives on, first with a fan-made HD remake mod, and most recently with the “Darkening of Tristram” event in Diablo III made to celebrate its 20th anniversary.

But why did Diablo become a classic? This can be a hard question to answer, in so small part because so many of the things that made Diablo a great game were quite subtle. On the surface, Diablo looked like a simple click-fest, but in reality, it was so much more.

In a video game, the player has ultimate power and control. At any given time, the user can destroy the experience the developer is attempting to create – it can be something as simple as turning the game off and walking away, or as complex as emergent gameplay that undermines the experience. One way the developer can counter this is to put the player on rails and restrict their options, jamming the story and experience down the player’s throat.

Diablo took the opposite approach. In terms of theme, story, and world building, Diablo was a very deep game. However, most of the background and world building was found in large tomes that the player can read, but with no obligation to do so, or no penalty for skipping them – immersion in the backstory was left as a player decision.

While Diablo had some minimal structure imposed by the dungeon and the quests within, almost everything else was placed in the hands of the player. The developers effectively stepped back and said, “It’s your game – play it as you’d like.”

In many ways, Diablo was a textbook example of how to build a game around replayability. When it came to the setting, every level below the cathedral was a procedurally generated map. Likewise, with the exception of the occasional quest, all of the item drops were randomly generated, with variations on prefixes and suffixes ensuring a near-limitless combination of items and abilities.

But while this by itself might have been enough, the single-player game went further. It contained 15 possible quests, of which, the player would only ever encounter 10 in any given playthrough. Two would always appear: “The Chamber of Bone” and “Archbishop Lazarus.” The other 13 were divided into 5 “Quest Groups”:

This meant that from quests, to monsters to layout, a player never encountered the same Diablo game twice. However, the basic experience was unchanged. The player still wandered around, killed monsters, and picked up treasure in a way that was fun, while the randomization added the needed variety to keep the experience from getting repetitive or boring.

The Inner Life of Monsters

In many ways, the most important piece of world building in Diablo was the most subtle: the monsters felt like they had minds of their own.

This character development was brought to the fore by two quests – “Gharbad the Weak” and “Ogden’s Sign” – both in quest group 2, guaranteeing that the player encounters at least one of them. In these quests we are introduced to Gharbad and Snotspill, two monsters who may be the most important monster characters in the game, Diablo notwithstanding. Unlike every other monster up to that point, Gharbad and Snotspill were given character arcs throughout the course of their respective quests.

Gharbad the Weak is a goat clan demon the player meets on the fourth level of the dungeon. He is particularly interesting because he does not want to die. He begs for his life, offering to make the player character a magic item, if only the user will spare him. The player returns four times. The first three times, Gharbad continues to beg and plead, promising a useful item. The fourth time, he declares that the item is too good for the player character and attacks— possibly because his fear has been overwhelmed by greed, but equally likely is that he has realized that once the item is completed he will have outlived his usefulness, and he is making one last desperate attempt to survive.

All of this made Gharbad a wonderfully drawn out and tragic character. From his perspective, he has heard fighting start in the floors above him, listened as it got closer, and realized that if all of the monsters around him could not stop the hero, he has no chance of doing it either. So, terrified out of his skull, he does the only thing he knows how to keep himself useful, in turn demonstrating that these monsters under the dungeon have lives unconnected to the player character – Gharbad is a smith, the dungeon equivalent of Griswold in the village above.

While Gharbad was memorable because he is concerned mainly with his own survival, and is desperately trying to not be killed by the hero, Snotspill was remarkable because he does not care about the hero at all. Snotspill is a Fallen One encountered at the end of level 4, guarding the stairs down to level 5. Believing that the sign to Ogden’s inn somehow has protective powers, he has stolen it, only to have some larger monsters steal it from him in turn. When the player encounters him, Snotspill recognizes the hero as the one who has been killing everybody in the dungeon, and demands that the hero steals the sign back from the “big uglies.” Once the hero has killed the Overlords who stole the sign, Snotspill attacks, although the reason for the attack varies. If the player returned the sign to Ogden, Snotspill attacks out of anger that the sign is gone. If the hero gives the sign to Snotspill, Snotspill attacks with glee because now he has the item that will help him kill everybody and take over the dungeon for himself.

Gharbad and Snotspill, and their lives beyond the hero and plot, fleshed out the world building. Diablo did not give us more than a sprinkling of these characters throughout the dungeon, but it also didn’t need to. It just needed to suggest that this inner life exists, that feuds can, and do exist between the monsters living under the cathedral, and let the player’s subconscious fill in the rest.

Diablo did not have a happy ending. The player character does not so much kill Diablo as become his vessel, freeing the Lord of Terror from the dungeon in which he was imprisoned — a total victory for Diablo that renders every action of the hero (and player) pointless. And yet, the end of the game is satisfying, feeling like a proper close to the story instead of a waste of the player’s time.

This was in large part because of the theme of corruption and decay that runs throughout the game. This theme was introduced in the very first NPC speech — Ogden recounting the many tragedies and atrocities that have turned the village into a crumbling ruin. As the hero moves towards the cathedral, they encounter a wounded villager— the beginning of the Butcher quest— who reveals that the Archbishop Lazarus has led a group of townspeople into a trap.

This theme of corruption was reinforced by two NPCs: Zhar the Mad and Lachdanan. Zhar the Mad is another character with motivations outside of interacting with the hero— he just wants to be left alone in his library on level eight. He is also, however, insane, and it is implied that just spending time in the dungeon was enough to wear away Zhar’s sanity.

Lachdanan, who appears on level 14, is a much sadder case. He was once a great knight who was cursed by King Leoric. He expressly states that his humanity is ebbing away, again reinforcing the idea that the mere act of spending time in Diablo’s dungeon is enough to destroy one’s sanity. While the hero is able to find the elixir that allows Lachdanan to rest in peace, the ultimate fate of the hero is clearly foreshadowed.

By the time the player character kills Diablo, the theme of corruption is so clearly established and reinforced that the hero driving the soulstone into their forehead makes sense – it’s the logical conclusion to the story. However, the player does kill Diablo, or at least the vessel Diablo is currently occupying. The ending cinematic sweeps that victory away, but only after the player has experienced it— the accomplishment comes first, and only then does the logical end to the story play out.

Diablo became an instant classic because it was simple and approachable on the surface, but very subtle and complex under it. It was also a game that truly trusted its player in a manner comparable to what we see in the Dark Souls series today, both in character development and controlling the experience. It was, in short, a textbook example of a great video game.