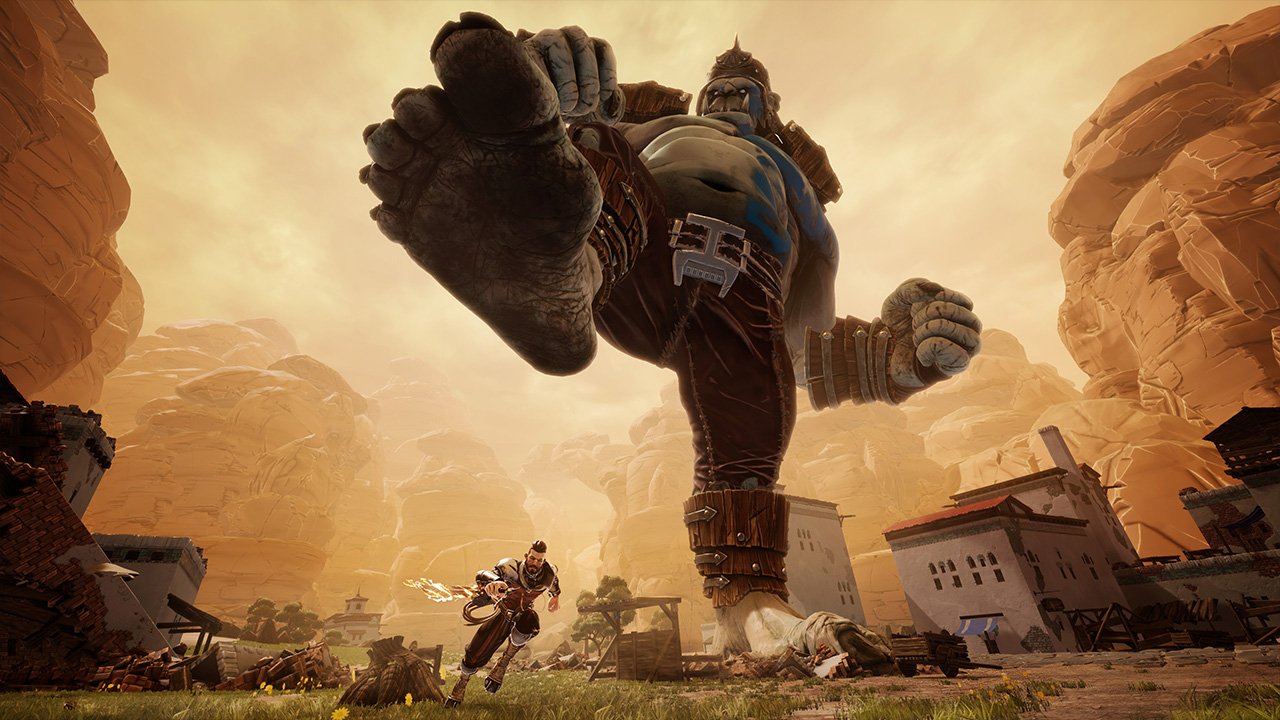 Developer Iron Galaxy, the creators of Divekick, announced their newest game, Extinction. Published by Maximum Games, Extinction tasks players with defending the human population against giant ogres and their minions while rescuing as many civilians as possible. Extinction’s story campaign will take players to different locations from country sides to cities. Alongside the game’s many strategic battles against hordes attack from the sky and on the ground, Extinction will contain numerous side missions with various objectives, earning players upgrades after completing them. Players can increase their abilities through a skill tree but also by mastering the mechanics of Extinction’s combat system, moving through the game’s fully destructible environments. Players will be able to create custom battlegrounds with varied objectives and challenge players online to compete for the top score.

Players will be able to create custom battlegrounds with varied objectives and challenge players online to compete for the top score. Extinction will offer its own survival game type called “Extinction Mode” where players fight off a continuous horde of ogres and minions, attacking in waves. An official announcement trailer for Extinction was uploaded to YouTube and can be found on the game’s official page.

Founded in 2008, Iron Galaxy is an American game development studio that focuses on tech outsourcing.  The company has ported many popular titles to different consoles such as Capcom’s Street Fighter III: 3rd Strike Online Edition and the PlayStation 4 and Xbox One ports of Deadpool. Extinction will be Iron Galaxy’s fourth original IP after Wreckateer, Divekick and Videoball.

Extinction is currently in its early stages of development but Iron Galaxy will be presenting the game behind closed doors at E3 this year, allowing people the chance to test Extinction’s fast and fluid gameplay.

Extinction will launch early next year for a planned price of $59.99 and will be available on PlayStation 4, Xbox One and PC.