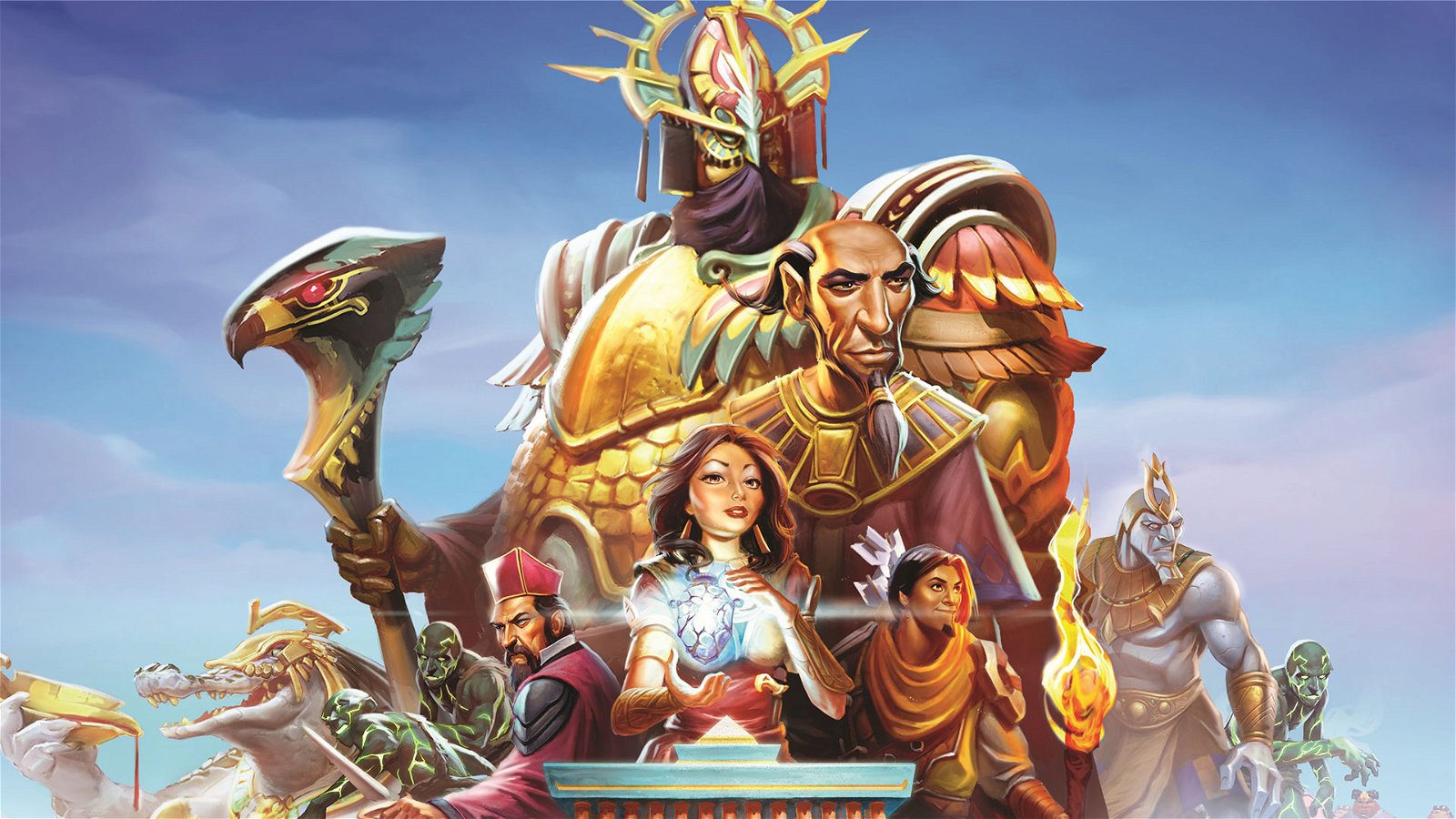 The title RuneScape is one that hits many my age right in the nostalgia box. For a lot of twenty-somethings, Jagex’s MMO was our first experience with the genre. As a free to play title, players only had their time to lose, and in our youth, that felt infinite. Though some fans moved on, by either abandoning MMOs altogether or while jumping into more gritty titles like World of Warcraft, RuneScape not only evolved, but grew in the meantime. Those that played RuneScape and left in the mid-2000s wouldn’t be able to recognize the game jumping back in now unless they opted to play the Classic RunScape Classic instead. But a lot of work goes into an ongoing modernization project, and even more work goes into keeping an audience that has been playing for over a decade. That’s why June 2017, marks another landmark for the title as it expands even more, finally opening the gates of Menaphos for players to finally explore.

“If we were to stay conservative and stay the way we were 16 years ago, we would have been left behind,” says David Osborne, Lead Designer for RuneScape at Jagex.

That desire to keep up is what keeps RuneScape interesting with its players, along with an ongoing lore that’s been running since the game’s inception. The Menaphos expansion is, in essence, both of those reasons mixed together in an area that’s been hidden in plain sight for over a decade. The expansion gives Jagex a chance to give the title a bit of a facelift, and with Menaphos, players will notice some improved lighting.

But technical pieces aside, players have been teased by Menaphos for around 12 years now. The gates stand at the end of a desert region, and stories of events that took place behind its walls are sprinkled around the world. RuneScape is home to many locked away regions like this. Osborne explains that in the early days of RuneScape’s development, many of the developers had their own passion projects they worked on. They would drop these teasers throughout the world in the hopes that there would be a groundswell of desire from the fan base so they could continue to work on the project. Menaphos is no different in that regard, except fans will finally get to go inside.

Osborne was quick to note that this isn’t just a desert section in their theme park though. The expansion introduces new concepts to RuneScape while maintaining the series lore that fans have come to expect. Experienced and new players are both welcome to Menaphos, though newcomers need to complete three quests to get up to speed. The main quest of Menaphos sees players take on the Pharaoh of the land and forming a rebellion against him. There are four quests that take over an hour each, but there’s a little more to the expansion than that.

One of the more interesting additions to RuneScape’s Menaphos expansion is “Shifting Tombs.” These tombs work as a sort of time trial for players, focusing less on combat, and more on speed and skill. Players drop into these tombs with a five-minute time limit and must open a certain amount of chests, break a certain amount pots, solve a sarcophagus puzzle, and run back to the exit rope to actually retain the items found. If you don’t make it back to the rope, they lose the items. It’s a different take on the traditional MMO formula, and something that feels right at home in RuneScape, which always encouraged users to play the way they want.

“What I want players to do is play that game, but get better at it, unlock rewards that also make them better at that game, but also go out into the wide world, and soon as they get better at that… they can bring all those avatar skills and levels back into the tombs, and go farther and get even more reward from it,” says Osborne. “So it’s really about bringing in that loot that you often get from bossing and raids and bringing that into a non-combat setting.”

Another addition is a new reputation system that will let players gain affection from factions within Menaphos. Players can contribute their rewards to these different factions, and depending on who the players favour, they can receive different rewards. Much like the Shifting Tombs, this will allow players to play the way they want. And thankfully, players aren’t tied to a single faction.

Finally, among the plethora of additions is the Grand Library. This is the ultimate collaboration between Jagex and fans. In the Grand Library, users will find fan made stories that were chosen by Jagex to fit into the extended lore of RuneScape. This is something players will probably see expand as Jagex was taken aback by the sheer amount of quality submissions.

Whether players are returning to RuneScape, or looking for new content. Whether they’re looking to explore the lore of the game, or try out new features, Menaphos looks to offer a lot to fans of all walks of life. With an interesting take on progression and loot, a more free flowing playstyle and an entire library filled with more content, Menaphos will offer hours of entertainment for those jumping in.