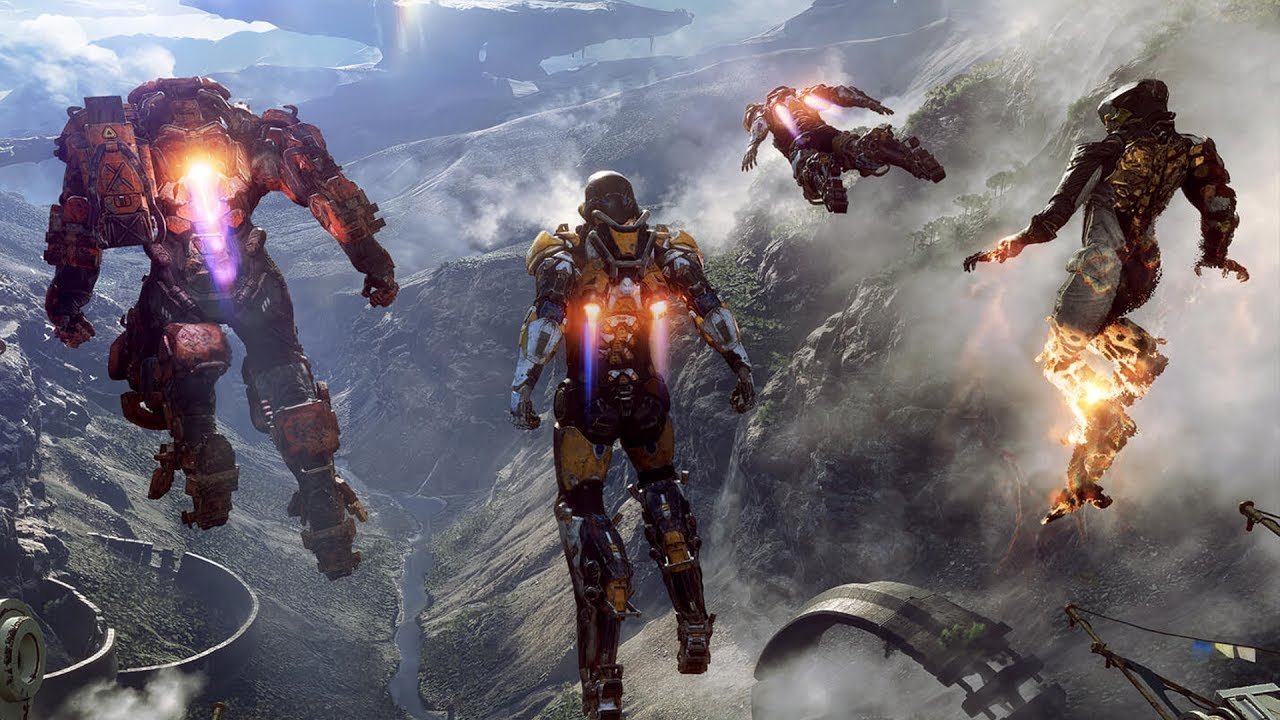 Anthem was teased earlier during EA’s own press conference. During Microsoft’s show however, actual gameplay for Anthem was unveiled running on the Xbox One X. The title was demoed running in 4k, all in-engine. The opening scene began in a bustling bazar setting, densely packed with people and stall vendors. Soon the scene shifted from the marketplace to a large and sprawling tropical jungle, where the player, accompanied by 3 of her friends, all equipped with mech suits of various sizes, tackled equally dangerous enemies in a clearing.

The trailer ended with the fire team entering the eye of a storm, which highlighted some of the beautiful and technically impressive visuals the game will offer. The game promises to let up to 4 players explore and take on Anthem’s most fearsome challenges, in a large open world, teaming with danger and treasures in equal measure.

The trailer showed fluid transitions through various environments. The characters moved smoothly during combat, cut scenes, and story aspects. Based on this trailer, Anthem looks stunning and runs like a dream in 4K.

Patrick Soderlund, the Executive Vice President of EA Worldwide Studios, had this to say in regards to their highly anticipated new IP:

“Our developers at BioWare have been creating something special, we’re pushing Frostbite to new heights, developing a game unlike anything EA has ever made before. We’re telling a new story, creating a social, co-operative experience, and putting it in a contiguous open world that is dynamic and will be ever-changing for years to come.”

Those wanting to learn more about the game, can visit the official website for Anthem and sign-up for the game’s newsletter. Anthem will launch sometime in fall 2018 for PC, PlayStation 4 and Xbox One.