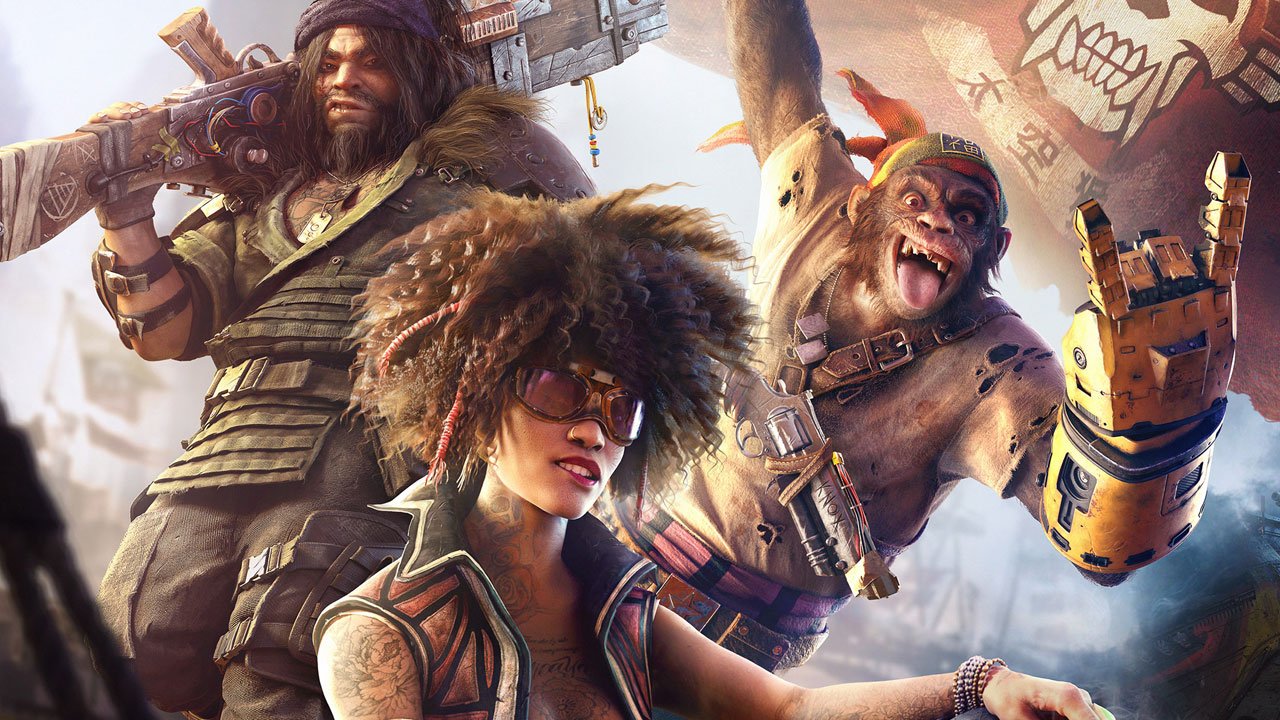 Ubisoft just wrapped up their E3 2017 press conference, revealing further details on already existing games in addition to some new surprise announcements. The Ubisoft press conference opened with CEO and Co-founder of Ubisoft, Yves Guillemot opening the show. Mario+Rabbids Kingdom Battle, the worst-kept secret of the year was finally officially shown off in a trailer that featured the Rabbids hitting an iconic Super Mario Question Block, which spewed out all sorts of Mario related power-ups, augmenting the Rabbids in a slapstick manner. Shigiru Miyamoto was brought on to the stage who dawned a Bullet Bill inspired blaster as he took the stage. Guillemot mentioned how proud he was for their partnership with Nintendo, from the DS, Wii and the recently launched Switch. Kind words were exchanged between Mr. Miyamato and Guillemot, with Miyamato-san stating that they were both software developers and therefore rivals, yet still excited to see how Rabbids and Mario would come together.

He also mentioned that when the game began development, he explicitly stated that he wanted it to be a unique experience and not a traditional ‘jump game’ or Mario platformer.  Xavier Manzanares, the lead producer of the upcoming title took the stage to show gameplay for the upcoming game.

The setup of the game has Ubisoft’s Rabbids transported into the world of Mario, causing great instability. Graphically the game looked very impressive with a bright and vivid colour pallet, reminiscent of Mario Galaxy and Mario 3D World. Gameplay consisted of a blue cursor that can be moved around the map, which Mario and co follow around the game world. Battle locations are designated by flags that jut out within the environment, battles themselves are strategy based, with environmental cover and obstacles strewn about the map. Each character comes equipped a Mega Man-esque arm cannon which seems to be the primary method of attacking. Overall, the title seems like a simplified take on tactical RPGS such as XCOM and Ubisoft’s own Ghost Recon: Shadow War on the 3DS. An additional trailer for the game was shown off which ended with a giant, mutant Rabbid character.

Ashraf Ismail took the stage, the head developer for the upcoming Assassins Creed Origins, he announced that for Assassins Creed’s 10 year anniversary, they wanted to go back to the roots and explore the origins of the Assassins. A new trailer was then shown off which focused primarily on the various locations the upcoming title will let players explore. There seemed to be a good mix between the expected desert and pyramid locations in addition to rivers, towns and even lush greenery in oasis like pockets that populated the large and expansive world.

A sequel for The Crew was announced, simply titled The Crew 2, a trailer for the game featured an impressive looking CGI cityscape that merged into an off-road desert looking area, followed by a large body of water and other what looked like the San Francisco bridge, with various types of luxury cars racing through the eclectic and ever-changing terrain. Following the trailer, actual gameplay was shown off which featured the introduction of speed boats and off-road ATVs as well as planes that were seen soaring through a beautifully realized San-Francisco. The game is slated for an early 2018 release.

A new trailer for the upcoming SouthPark: Fractured But Whole was shown off. The trailer showed off the character creator along with a lot of F-bombs. the game will be out Oct. 17, 2017. In addition to the Fractured But Whole, a new mobile game set in the South Park universe was announced, known as South Park: Phone Destroyer. The game looked like it borrowed some elements from Stick of Truth in terms of combat.

A new, VR game was announced, which featured Elijah Wood, the game will be called Transference, and the trailer was all live action, with no actual gameplay being shown. the project seems quite mysterious with more questions than answers coming from the trailer

Ubisoft Singapore announced their latest game, Skull & Bones, the title featured seafaring pirates against what looked like the British Empire in an epic CGI trailer. The game will be a tactical action game that takes places in a shared world, where players can play solo or with friends.  Loot Hunt was shown off, one of the 5V5 PVP game modes that will be included in the game. The demo opened with two opposing pirate factions facing off against each other on the open sea. The game will feature different kinds of ships, some suited for heavy damage where others are best for traversal and encroaching the enemy. The team that ends the match with the most loot is declared the winner. During the demo, a larger frigate ship was seen coming and taking the blunt of an onslaught of cannon fire, saving the ship behind it from destruction. The game overall looked very similar to the sailing system which was featured in Assassins Creed 4: Black Flag, sea shanties and all. The game is set for a fall 2018 release.

In traditional Ubisoft fashion, a group of dancers took the stage as the auditorium filled with music.  The Artist Bebe Rexha appeared on stage and took the lead as the dancers followed, which culminated with the announcement of Just Dance 2018, which is set for a release sometime this fall.

The Nintendo Switch got more love with a new title known as StarLink: Battle for Atlas. The title featured what looked like modular toys that unlocked upgrades for the in-game ships. The Ubisoft Toronto title is said to be inspired by 80s sci-fi and cartoons. The game will be out Fall 2018.

A new Steep expansion was announced, a trailer was shown off that highlighted the games focus and partnership with the Olympic Games in Pyeongchang. The Road to the Olympics DLC will be out December 5th.

Fans of the Far Cry franchise got another look at the upcoming Far Cry 5 via a short trailer which lead Dan Hay the executive producer of the game took the stage and ushered in the first look at actual gameplay for the upcoming title. The demo began in a grassy field, overlooking a town overrun by cultists Graphically the game looked gorgeous with a bright colour palette similar to that of Far Cry 4. The quiet tension of the game gave way to a sizzle reel featuring explosive gameplay with cheesy, yet fitting underlying music that accentuated the over the top and bombastic feel the game was showcasing.

Beyond Good and Evil 2 was finally reintroduced to the world in a new trailer which featured cinema-quality CGI. The trailer featured crazy anthropomorphic animals in a very Blade Runner-esque setting, running away from all manners of chaos, after stealing a confidential data disc.  Fans were encouraged to join something called the Space Monkey program to learn more about the highly anticipated title.  The original Beyond Good and Evil came out all the way back in 2003.

Ubisoft’s press conference ended with some of the staff taking the stage alongside Guillemot thanking the fans and the press for attending the show, in addition, those who are streaming it from home.

File Under: Ubisoft
More From CGMagazine