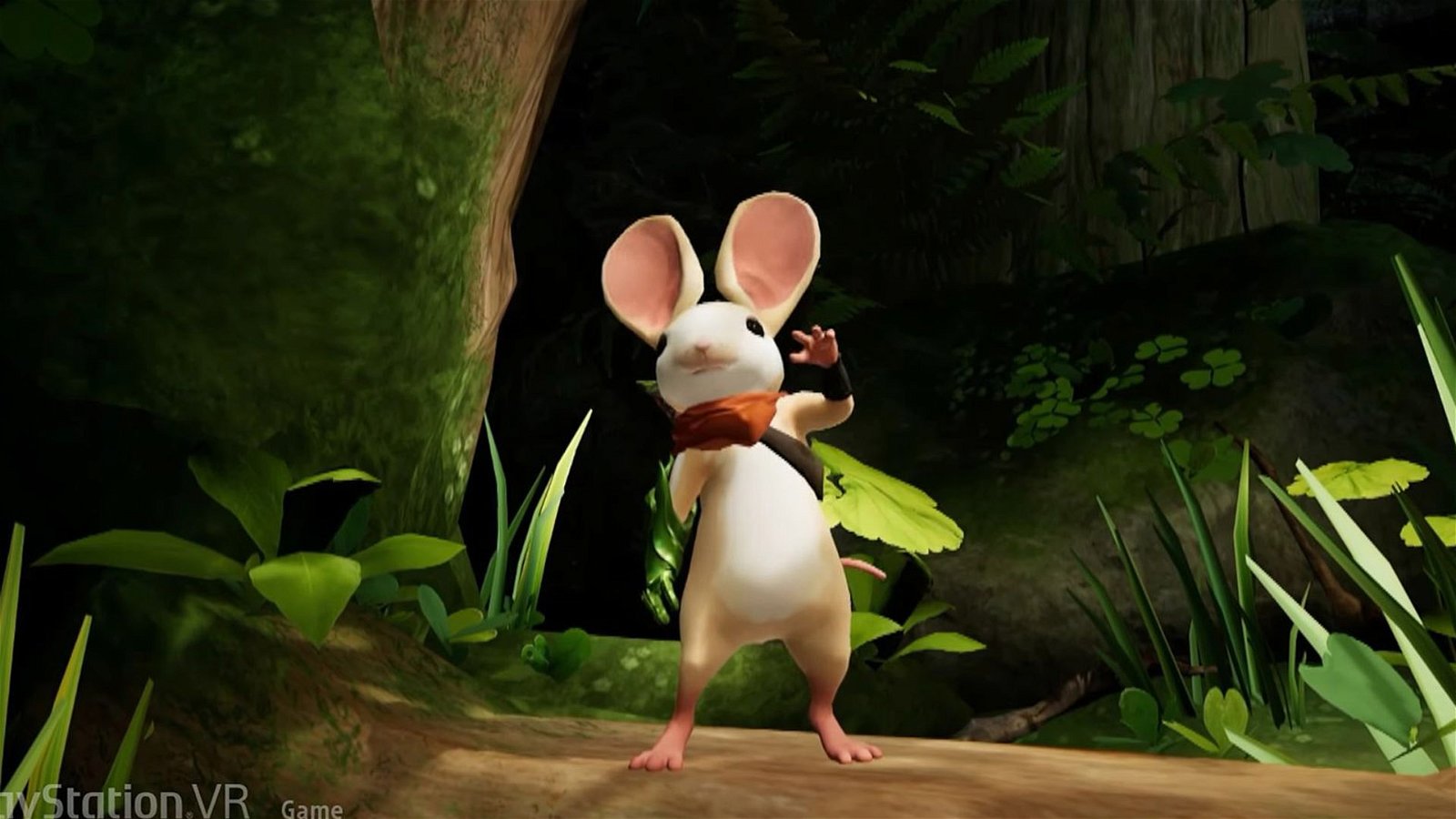 Sony may not have stolen the show at this years E3, what they did do however, was reaffirm that the gaming giant cares about their venture into the world of Virtual Reality with their PlayStation VR headset.

The PSVR headset ended up being Sony’s primary focus during their 2017 E3 press conference, with an impressive 5 VR ready games announced for their virtual reality platform.  The first VR game that was featured ended up probably being one of the biggest surprises of E3 2017, that being an announcement and trailer for The Elder Scrolls V Skyrim: VR.  The trailer itself wasn’t anything special, with it consisting of your run-of-the-mill Skyrim sizzle reel footage, however just knowing that such a massive and wonderful fantasy game such as Skyrim will be hitting Sony’s VR headset, was more than enough to generate buzz and more importantly, show Sony’s interest in wanting to deliver full-fledged AAA gaming experiences in VR.

Star Child was another game that was announced during Sony’s show for the PSVR headset. This time, an original virtual reality title from the studio that had previously worked on the VR title Lucky’s Tale. Not much information was given about Star Child, however the trailer looked quite interesting, with the game featuring a very neon, futuristic aesthetic, reminiscent of classic titles such as Another World.

Final Fantasy XV, which released in late 2016, promised to include some form of PlayStation VR support, which finally got shown off in-proper during Sony’s 2017 conference as Final Fantasy XV: Monster of the Deep. The new content focused on showing an expanded fishing experience for the game in the form of added VR support. Overall, it looked very lighthearted and something that just seems to be intended for some harmless fun within the expansive world of FFXV. The ‘expansion’ is set to release sometime in September.

Some may think that the PSVR headset was Sony’s latest accessory to come out for both the base and Pro model of the PlayStation 4, however earlier in June of this year, Sony had released the official PSVR Aim controller to use with their virtual reality offerings. The Aim controller, which is just a less abrasive name for what essentially is a gun shaped controller came alone or bundled with a copy Farpoint, a sci-fi shooter that was mostly well received by both the press and general public. During E3 2017, another game which promises to support the aim controller was announced, that game being: Bravo Team.

The trailer for the upcoming VR game, focused on showing precise, yet frenetic gunplay, set in a rather typical looking military environment. What seemed to really set this game apart however, was simply just at how close it looked to a standard shooter, which might sound like nothing to get excited over, however currently there is a lack of traditional feeling first person shooters for PSVR, which this game seems to rectify and should prove to be a good time with the addition of the Aim controller.

Another impressive looking PSVR title that was announced during the conference was a title known as The Inpatient, from SuperMassive Games. The trailer was quite vague and shrouded in mystery in terms of both how the game will play and narrative pursuits. The trailer depicted what looked like a 60s era asylum in which the player assumes the role of one of its residents or inpatients as the title implies. An older doctor who seemed be in charge of looking after the player character was shown reassuring the player. An obvious sense of ill-intent exuded the mysterious doctor. Fans of movies such as Shutter Island may want to pay attention to this title, as it seemed to capture the same sense of foreboding dread.

Finally, the last VR title to be shown off during the show was a game starring a cute, sword-wielding mouse, titled Moss. Like some of the other VR games at the show, not too much of Moss was shown off in terms of gameplay, but the game appears to be an action platformer in which the camera itself is the player looking down towards the game world through the virtual reality headset.

Aside from PSVR titles, an extended look at the upcoming Uncharted 4 downloadable content, The Lost Legacy was shown off as the show opener. The stand-alone title follows the exploits of Chloe Frazier, a character who was firs introduced in Uncharted 2. The new content takes place in a war-torn city in India, with Chloe in pursuit of an elusive and ancient Indian treasure. Chloe won’t venture alone, the game promises to also reintroduce Nadine Ross into the mix, a character prominently featured in Uncharted 4: A Thief’s End. The new game is set to release August 22th 2017, available both in-store and digitally via the PlayStation Network.

Uncharted isn’t the only title to receive new game content either, 2016’s mega blockbuster Horizon Zero Dawn is set to get new story content as well. The new DLC seems to focus on exploring some of the snowy and precarious mountains that were prevalent, but inaccessible from the base game. The DlC aptly called The Frozen Wilds will hit the PlayStation Network sometime later this year.

A new gameplay trailer dropped for Studio Bend’s upcoming Zombie action thriller, Days Gone. The trailer showcased the large playable environments the game will feature, with the main protagonist shown riding a dirt bike across the muddy and rainy off-road terrain, into an enemy encampment. Like last years reveal trailer, the gameplay was shown off during the 2017 conference put the limelight on the sheer amount of zombies on screen at once, which rivalled that of the Dead Rising series. Overall the game looks like it’s blending together the best elements of games such as the Last of Us with more, over the top action set pieces of the likes of games such as Resident Evil 6 and Dead Space.

One of the bigger announcements at Sony’s show had to be the announcement of a new Monster Hunter game in the works for the PlayStation 4, titled Monster Hunter Worlds. Not much is known about the title, aside from some beautifully realized gameplay which was shown off during the show, but just the fact alone, that Capcom has decided to spread the Monster Hunter love to other consoles, away from Nintendo is a big deal. Although Monster Hunter originated on Sony’s PlayStation 2, for the longest time, the storied franchise has been exclusively available on Nintendo’s hardware.

Some other notable trailers and announcements at Sony’s E3 2017 show included the gameplay premiere of the PlayStation exclusive Spider-Man game, which unfortunately got pushed back to sometime in 2018.  A new trailer for the God of War reboot also dropped, with a release date announced for sometime in early 2018. Detroit Become Human was also shown off in a new story-focused trailer that gave gamers a better look at the diverse cast the game contains. Capcom also took the opportunity to show a new trailer for their upcoming Marvel VS Capcom title during Sony’s show, the trailer hinted at the inclusion of Thanos and Black Panther. The new Call of Duty also got a gameplay trailer and Activision took the opportunity to also show off a new story trailer for Destiny 2 which also dropped, showcasing the game’s main antagonist