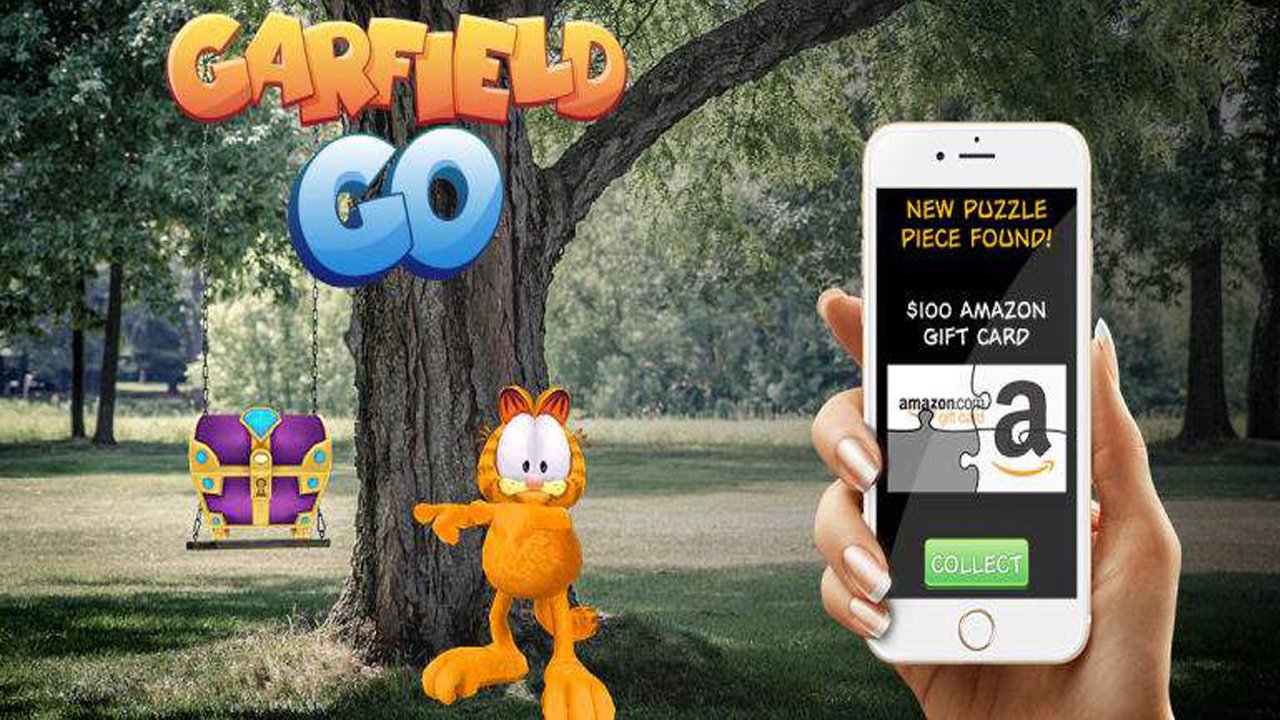 Garfield is celebrating its 39th birthday and with it, a brand new augmented reality based treasure hunting game, Garfield Go is now available for download on both iOS and Android platforms.

Garfield Go, developed by Freeze Tag Games, a mobile games developer is also available for download on iPad and any Android running on Jellybean or higher device. The game promises to utilize the infamously fat orange cat in a fun and innovate the way that fans of other augmented reality mobile experiences such as Pokemon Go or Munzee will be able to appreciate.  For those who are familiar with Garfield, specifically the comic strip which began all the back in 1978, can look forward to the new game which tasks players to go out on a real-life treasure hunt, rewarding players with panels ripped straight out of the comic, to collect and assemble.

Different panels are given various rarity levels which give players more incentive to go out and look for some of the rarer and obscure pieces in the available pool of hundreds of Garfield comic strips. Aside from assembling comic strips, players can unlock fun and zany costumes to dress Garfield in, while participating in exciting mini-games that reward the titular cat with lasagna. If the notion of collecting panels and assembling Garfield comics, while playing dressing up a fat orange cat is not titillating enough, Garfield Go also offers eager treasure hunters with real life prizes such as actual money which can be redeemed at Amazon, Starbucks, Dominos Pizza and other participating partners.

Garfield Go also features authentic lines of dialogue from the late great Lorenzo Music, the original voice of Garfield.  Garfield Go apes Niantic and Nintendo’s uber-popular Pokémon Go title in more than the namesake. The game itself features a map based over the world where players assume the role of Garfield the cat which through the miracle of GPS can move him about in real time, finding nests or hot spots that contain chests filled with loot and lasagna, Garfield’s favourite food.  Garfield Go is available now on both the app store and Google Play store.