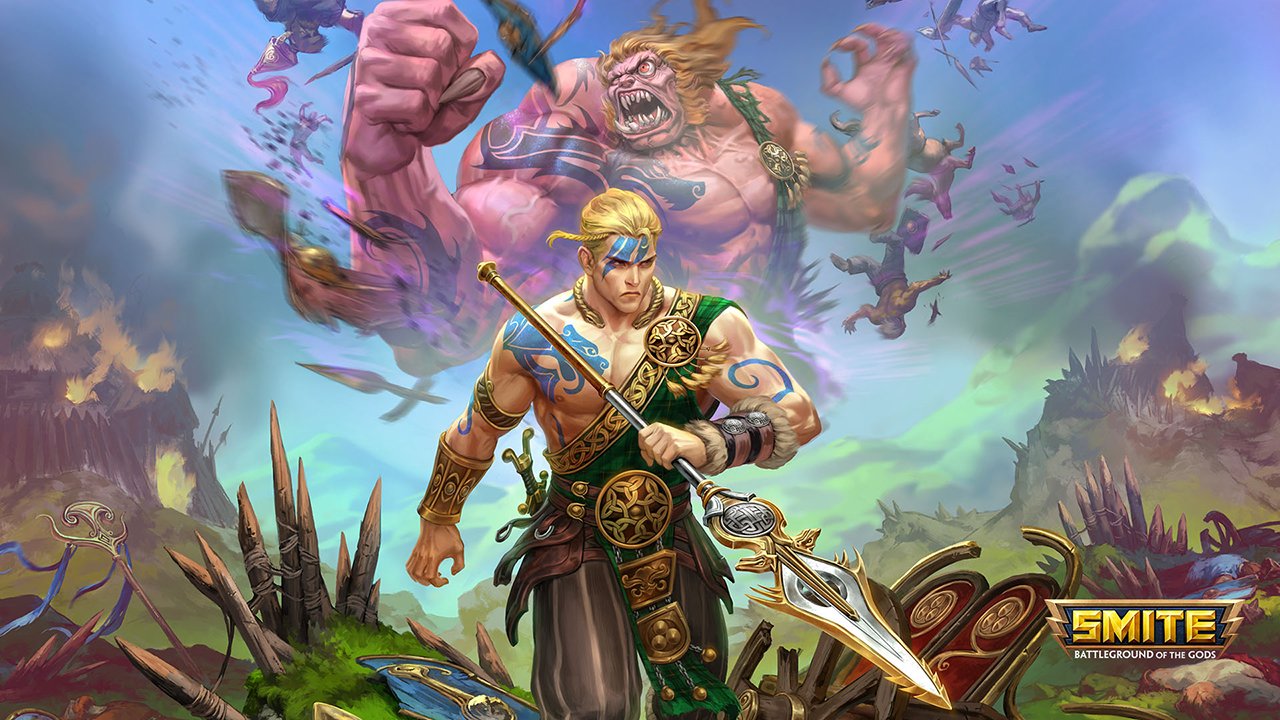 Hi-Rez Studios has just released another patch for SMITE, this time releasing Cu Chulainn - The Hound of Ulster alongside a new event in the game.

Released in patch 4.11 “Code of Chivalry”, Cu Chulainn is a melee warrior focused around his unique mechanic. Unlike normal gods in SMITE Cu Chulainn can only have 100 maximum mana. His mana regenerates up to 25 and can only go beyond that by hitting enemies with his abilities or by taking damage. When Cu Chulainn is over 85 mana for 3 seconds he goes berserk, gaining a shield and changing his abilities.

Cu Chulainn’s first ability is Barbed Spear. Throwing his spear forward Cu Chulainn deals damage. The spear stuns any minions that it hits while stopping at the first god hit. Barbs from his spear stick into his opponents, reducing their healing for a short duration. When Cu Chulainn goes berserk, his first ability becomes Ground Slam. Cu Chulainn slams his massive arms down dealing damage and rooting in place all enemies in front of him.

Cu Chulainn’s second ability is Vent Anger. He vents his anger out of him as superheated steam. While venting his anger, Cu Chulainn gains increased movement speed and deals damage to enemies in an AOE around him. When Cu Chulainn goes berserk, he has Vent Anger active at all times, meaning that the brute has a permanent speed boost and damage aura around him while he goes berserk.

The third ability that our lovely warrior has is known as Salmon’s Leap. Vaulting over his spear, Cu Chulainn jumps at his enemies dealing damage to enemies around and in front of him. When he goes berserk, however, the ability becomes Furious Charge. Cu Chulainn charges forward damaging enemies he collides with and dragging them with him.

His ultimate is known as Spear of Mortal Pain. Swinging his spear around him, Cu Chulainn deals damage and knocks up any enemies he hits. This ability refunds Cu Chulainn a large amount of mana. When he is berserk the ability becomes War Cry. Giving a massive shout Cu Chulainn deals a burst of damage around him and causes his enemies to tremble.

Cu Chulainn is an unpredictable warrior that his opponents can’t ignore. Managing mana and knowing when to go berserk is something that Cu Chulainn players will have to learn. For those that can, the Hound of Ulster is ready and waiting for them on the battleground of the gods.

A new god is not the only thing Hi-Rez Studios are releasing in this patch.

The Code of Chivalry event is also being released in 4.11.

The event plays out over a series of quests that players must do. Along the way, players must make moral choices that will ultimately decide whether players receive a Noble Knight or Black Knight skin for Osiris. Along with the new skins for the lord of the afterlife are knight themed skins for Anubis, Odin, and Tyr.  The event will cost players 1200 gems and includes a loading skin, loading frame, music theme, and a fire giant ward.

For players excited to Salmon Leap as Cu Chulainn or to fight for the chivalrous code, patch 4.11 “Code of Chivalry” is available now in SMITE.

File Under: SMITE
More From CGMagazine