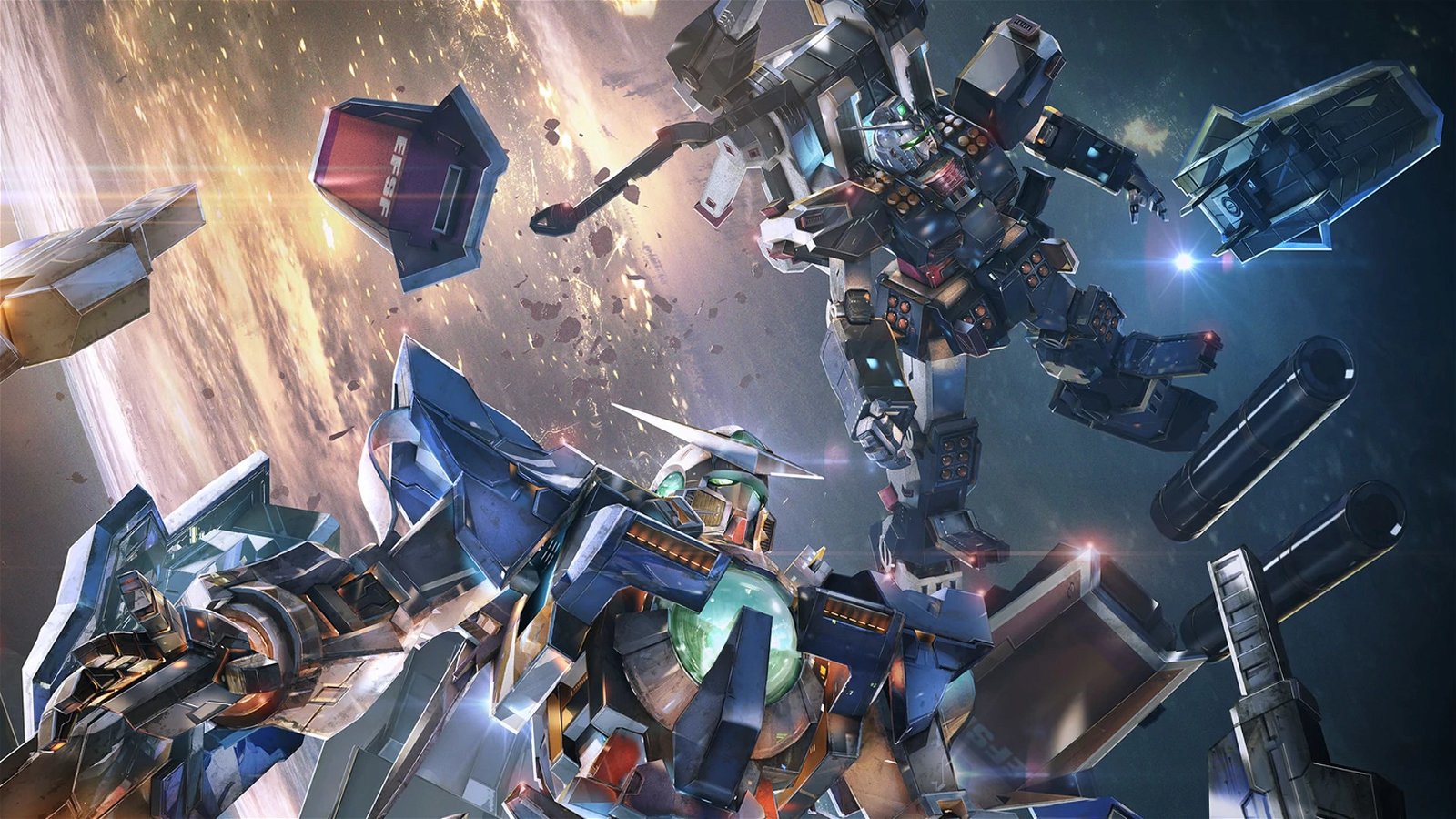 The Gundam Anime franchise captured my heart back as a teenager and never let go. After collecting countless models, figures and imported games, finally a quality title is coming west in Fall of 2017 for PlayStation 4 players to enjoy. Simply titled, Gundam Versus, players take control of one of the 90+ mobile suits available from across all entries of the popular anime series and duke it out in an intense 2 vs 2 arcade styled mech battle until only one team remains.

The Gundam Versus franchise has a deep history in Japan, taking the bones of 3D arcade fighters, such as Virtual On and Gotcha Force, and mixing them together to create the definitive super robot battle experience that mecha fans can’t help but adore. While many iterations of the title have existed on Sony platforms in the past, Gundam Versus is known for its Japanese arcade editions, which continue to get frequently updated and add new DLC units with every patch unlike their console counterparts. That changes with the latest version of Gundam Versus, which will see frequent content support from Bandai Namco Entertainment.

Immediately after picking up the controller I was excited about all the mobile suits I was available to play as. From fan favourites like the Gundam Exia to newcomers like the Psycho Zaku from Gundam Thunderbolt, every fan is sure to find a mobile suit they immediately want to try. The catch is that each suit is worth a certain amount of points. This leaves players with a critical decision; whether they want to invest their team’s health bar into picking out a behemoth unit that can only be destroyed once or twice, or make the choice to pick out an inexpensive unit that has a limited move set, but can be used 3-4 times in a single match. Building the ideal team of mobile suits is going to take weeks upon months of trial and error as player’s experiment with the massive roster and assist options.

After settling on the infamous Sinanju from Gundam Unicorn as my mobile suit of choice, I picked out a CPU controlled team member and an optional Assist unit, called a striker, to further deepen my mechs move set. The section of the game I played was called wave mode, which totaled 15 waves of randomized cannon fodder grunts and mini bosses until I faced the colossal Mobile Armor as my penultimate battle during the final wave.

The action never let up as I zipped around the various destructible arenas blowing up grunt units with rapid beam rifle fire and splitting others in half stylishly with dual beam sabers. It takes a lot of focus to make sense of all that’s happening during a fight in Gundam Versus because of the sheer amount of effects and warnings that pop up the moment you’ve been locked on to or about to be hit. A lot of time I felt like I had to rely on my instinct and intuition to predict what the enemy was going to do before it actually happened to get the upper hand. Overall the mode was a lot of addictive fun, which is exactly how I want the game to feel once I get my hands on arcade mode and online multiplayer.

While I personally enjoy the way Gundam Versus is shaping up I can fully understand that this isn’t the experience some players want. There’s no way to customize mobile suits by giving them new parts or a new paint job, and the single player offerings are going to feel sparse, with no story to complete the package. For those players I recommend the Gundam Breaker series. While these games have yet to head west, they can be imported through other sites with English subtitles. This title is built at its core for competitive players and is sure to satisfy their addiction for battle. Gundam Versus releases in the west this Fall exclusively on PlayStation 4.