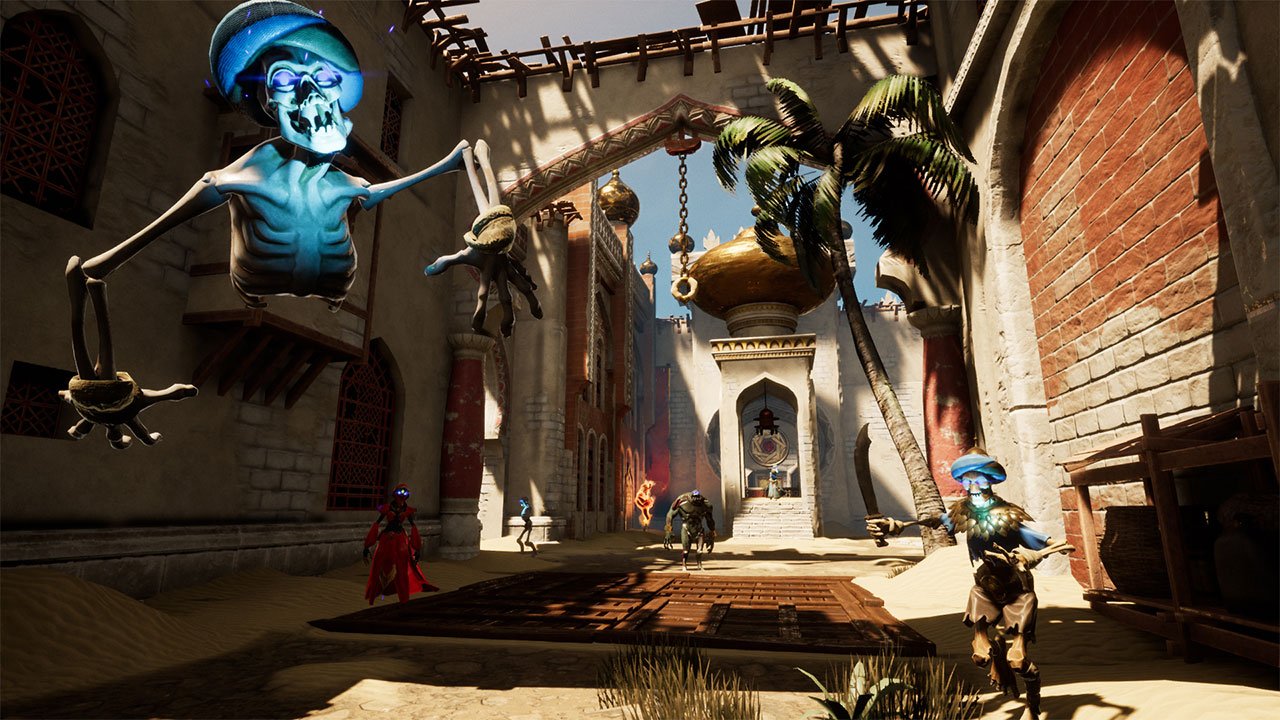 Uppercut Games released a new trailer of their first person rouge-lite game, City of Brass. Set in an Arabian Nights-themed city, City of Bass has players assume the role of a thief out for treasure. Players can take on procedurally generated quests as they overcome obstacles such as deadly traps, ghouls and even genies while trying to reach the “fabled treasure” before running out of time. To defend themselves, players are armed with a scimitar and whip which can be used in a variety of ways in and out of combat. As with most rogue-lite titles, City of Brass will feature a permadeath system.

Founded in 2011, Uppercut Games is an independent studio formed by Ex-BioShock developers Ed Orman, Andrew James and Ryan Lancaster. Since its founding, the company has developed a number of games for PC and mobile devices.

“Developing a game with multiple, interacting systems that players can freely combine feels like a return to our roots, drawing on our experiences working on BioShock and many of our other favorites. Players must learn how to use the traps to kill their foes, and even turn enemies against each another. You’ll perish in the City of Brass—often, and quite horribly—but as your skills improve and you discover new ways to cheat death, you’ll return to fight another day.” Explains the game’s lead designer Ed Orman.

The company’s previous game, Submerged, released in 2015. It was the company’s first console title, released on PlayStation 4, Xbox One and PC. Submerged is a third person exploration game, set in a post-apocalyptic world. The game was inspired by Journey and Shadow of the Colossus along with a mod made for the PC version of Grand Theft Auto IV which submerged the city in water. With no enemies or combat, Submerged focuses on having players explore the dystopian world without fear of death.

City of Brass will be available on PC via Steam in Fall 2017. Versions for PlayStation 4 and Xbox One will release in 2018.