As Firefall Shuts Down, Em-8er Lives On 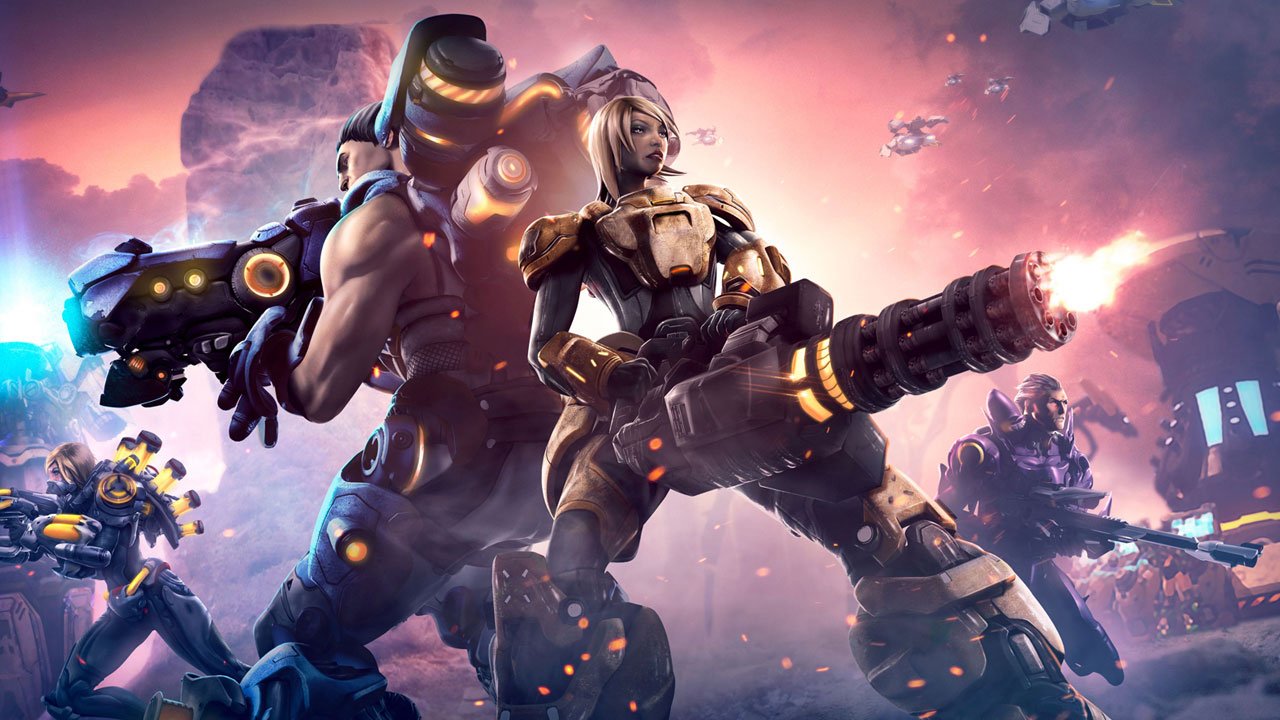 After three years of uptime, Firefall announced that servers would be shutting down for good. The once highly anticipated MMO was finally closing its doors. Yet if you ask many of those players who were anticipating Firefall, the game that shut down today is not the game that they were waiting on.

Released in July of 2014, Firefall was met with fans who were eager to jump into the world. They did, just it was a year before the official release of the game during the game’s open beta period. By the time Firefall released, most of the game’s eager fans had jumped ship following changes in the games core mechanics and how players could progress through the game. You can read our review of the game here.

The fans weren’t the only one leaving the game behind. In December of 2013, Mark Kern the CEO of Red 5 Studios, was fired from his position. Mark carried with him an amazing resume with his work on games such as World of Warcraft and Diablo 2. He also swooped in and helped to save Red 5 and Firefall from going bankrupt. He became CEO of Red 5 very shortly after his arrival.

Mark Kern was not the messiah that his timely arrival might have made him out to be. According to a Reddit user, Kern was anything but a good CEO. His full post can be read here but I will sum up some of his points below.

The user’s main point was that Kern did not know how to manage the company’s financials. Instead of reigning in his focus and his attention on Firefall, Kern went off on a promotion spree. He created “Stage 5” a company that seemed to be committed to “…providing a development and publishing platform for indie developers to quickly build, monetize, and promote their games.” This seems to be very difficult to see as the videos that were created were anything but promotion materials. You can see one of those below.

Another of Kern’s projects that went out of hand was simply referred to as, The Bus. The Bus was to be a tour bus that Red 5 would have been able to take across the country. It would have allowed players the chance to play Firefall’s PVP mode and experience the game. The Bus was a disaster. Going past schedule and over budget, The Bus only ever went to one event; Anime Expo in Los Angeles. In a separate Reddit post, Kern himself says, “The bus was terrible. Now that I’m not at Red 5 I can say that WCC [West Coast Customs] delivered was not what we wanted and way over budget. If the bus kept to its original plan, it would have toured the country to promote the game.”

The Birth of Em-8er (Ember)

When Kern left Red 5, Firefall continued to exist. The game held steady and brought continuous patches and updates up to a week before the servers were shut down. All the while, Kern had another plan. He wanted to develop the Firefall that he originally wanted to do. So Kern set out and created a new company to develop this game. Crixa Lab was born as a company originally intended to create a Tabletop Role Playing Game. However, Kern very quickly moved on to making Em-8er (pronounced Ember) as a game set within the world of the unreleased TRPG from Crixa Lab.

Em-8er promises players a persistent world in which players wage war on AI controlled opponents to capture parts of the game’s world. It will have players piloting personal mech suits as they fight Kaiju in 1st and 3rd person shooting. The game also promises crafting and RTS-like elements in a vast open world. Reading through all the descriptions of Em-8er, it certainly sounds like the initial promises Red 5 made about Firefall.

Kern went a step above and beyond for all early fans of Firefall. Fans who purchased any of the founder’s packs for Firefall could redeem their founder status in Em-8er and receive special in-game rewards for being an early supporter of Firefall.  In an interview with nichegamer, when asked about why he is doing this Kern said,

“I put my name on the original Firefall from announcement to beta. People bought in early with founder’s packs to see that vision of the game through to completion. Unfortunately, the new management had other plans and created WoW with guns, which is not what people backed. I feel personally responsible for failing to stop this from happening. Offering a full credit of Firefall founder’s packs to new Em-8ER players is my way of making it right.”

Kern set about making Em-8er with crowdfunding support and he wanted to make it in a different way from other crowdfunded games. Kern handled the crowdfunding approach for Em-8er in a way that mimicked the development environment. Each fundraising campaign was intended to get the game to its next milestone and if fans didn’t feel the game reached its milestone, they would not support the next campaign for the next milestone.

On July 5, 2017 Em-8er finished its latest Indiegogo campaign raising $114,000. With this money, Kern promises that fans will have a playable mockup of Em-8er six months from the campaign’s completion date.

Firefall was a game that had great interest surrounding it pre-launch. However, the launch of the game saw key elements removed that left the game feeling like a shell of its initial self. Along with internal conflict from the developers, Firefall’s ambition was extinguished soon after. The game held on for a few years but ultimately could not survive. Now there are plans for a spiritual successor to the game that promises players everything that Firefall could have been. Stay tuned as we will keep you updated on the development of Em-8er and where it goes.