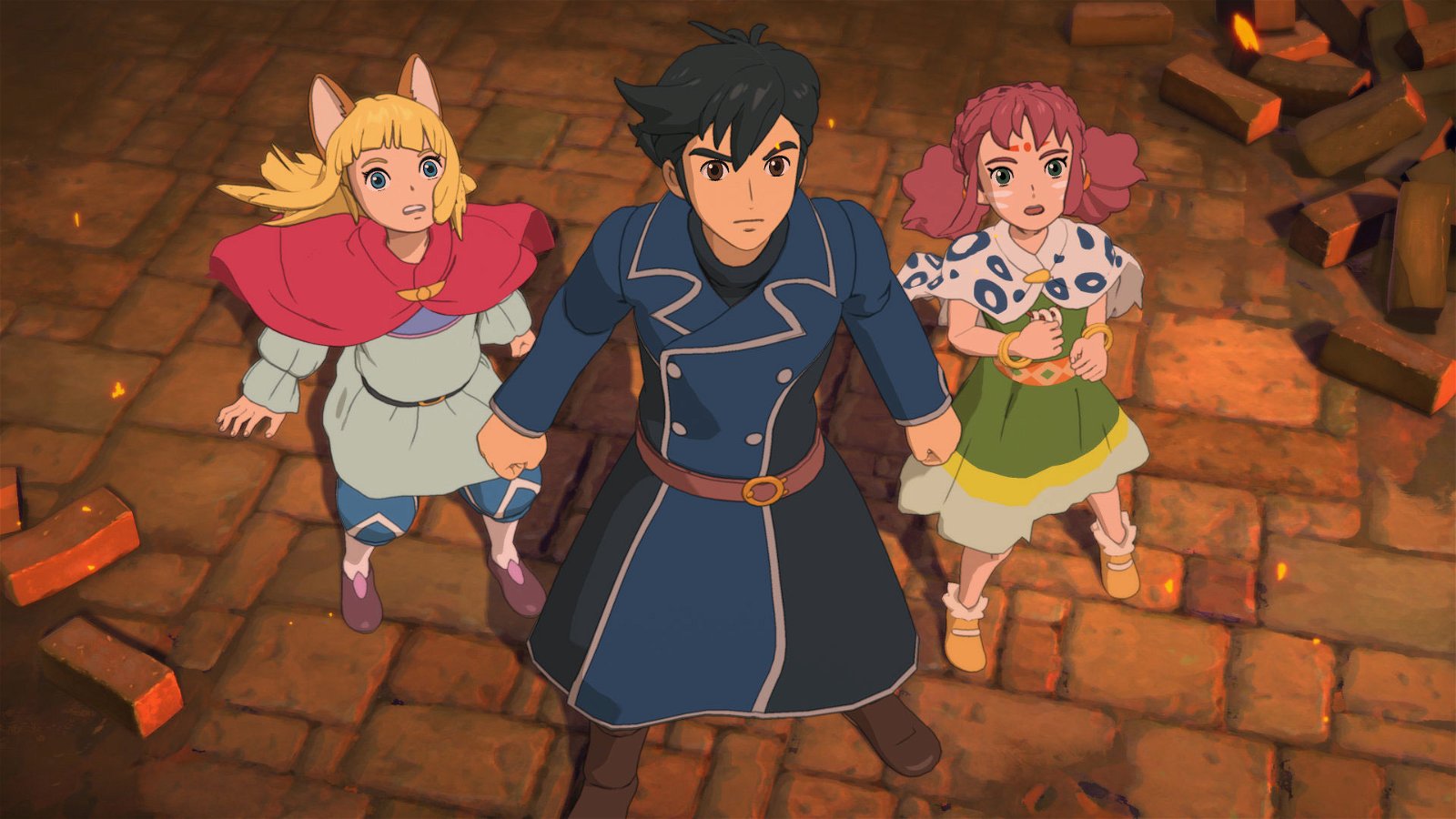 One of the biggest surprises from last generations was Ni No Kuni: Wrath of the White Witch, a PlayStation 3 JRPG that broke through the typical barriers associated with the genre to gain mainstream success across the board. Its beautiful visuals, touching story, and colourful cast of characters made for a game that anyone could enjoy regardless of genre preferences. Though Bandai Namco’s sleeper hit hasn’t really been talked about much since the game’s launch in 2010—or 2013 if you live outside of Japan—those who jumped into the game all those years ago are rewarded for their patience with Ni No Kuni II: Revenant Kingdom—a complete overhaul on its predecessors formula. At E3 2017, the title was on full display, and we got our hands on it.

The first thing players will notice with Ni No Kuni II: Revenant Kingdom is how visually stunning the game looks. Bandai Namco are touting it as a merging of AAA gaming and modern film, and that’s exactly what it looks like here. Much like the PlayStation 3 title that still looks beautiful seven years later, Ni No Kuni II: Revenant Kingdom looks like a playable Studio Ghibli movie. Yoshiyuki Momose is behind the character design once again, and his whimsical art style looks perfect on modern consoles.

To compliment that visual style, Akihiro Hino is behind the story once again. The plot centres on Evan Pettiwhisker Tildrum, the King of Ding Dong Dell. He’s thrust into this position at a young age, and some of the citizens are concerned. He’s soon overtaken by the main antagonist, thus setting up the basic premise of the King trying to return to royalty.  Much like every JRPG, he finds some help along the way, and one of those characters that help him is Lofty, the apparent replacement to Drippy, who was basically the series mascot for years. Lofty is a “powerful king” in another land who wants to help Evan. He does this by guiding him and introducing him to Higgledies.  These cute little guys are not only adorable, but also extremely useful in battle, which is a complete change from the last title.

Those who remember Wrath of the White Witch may recall a battle system that required players to bounce around between multiple characters in a Tales meets Pokémon-style game. While it was definitely unique, it was quite hectic. From the looks of the E3 2017 preview however, that style of frantic micromanagement is gone and has been replaced by a more streamlined approach, and much of that is thanks to the Higgledies. These little spirits come in different forms that give players various perks in battle. For instance, one colour Higgledie can give players a boost in health and another can make a shield—they all vary.  Combat itself is rather straightforward with light, heavy and ranged attacks mixed with magic and Higgledie attacks. This makes for a game that feels familiar enough while also being almost completely unique.

The E3 2017 demo I played featured a large dragon boss fight. Evan isn’t the only character with a spirit companion; in fact, pretty much every town has a protector. In this case, the fluid but the turn-based combat of the previous title has been completely transformed into a free-flowing experience, and for this boss battle, it was more of an arena feeling. The dragon stood outside the limits of where I could stand, hurling fireballs and occasionally coming over so I could chop at his feet.  The battle was hectic, and a little confusing, but once players gain their footing in Ni No Kuni II, it will be hard to really slip up again.

It’s almost as though Ni No Kuni II: Revenant Kingdom is a mix of the familiar and the new. By creating a game that looks so familiar, it feels as if the talented developers at Level 3 took some liberties with gameplay to create something that’s a little unique, and probably closer to modern day standards. This is still a world that players will love, but it seems like underneath its familiar skin is a completely new experience to enjoy.  Only time will tell if this is a gamble worth taking, but there’s no doubt in my mind that by Nov. 10, 2017, Ni No Kuni II: Revenant Kingdom could be one of the most anticipated sequels of the season.