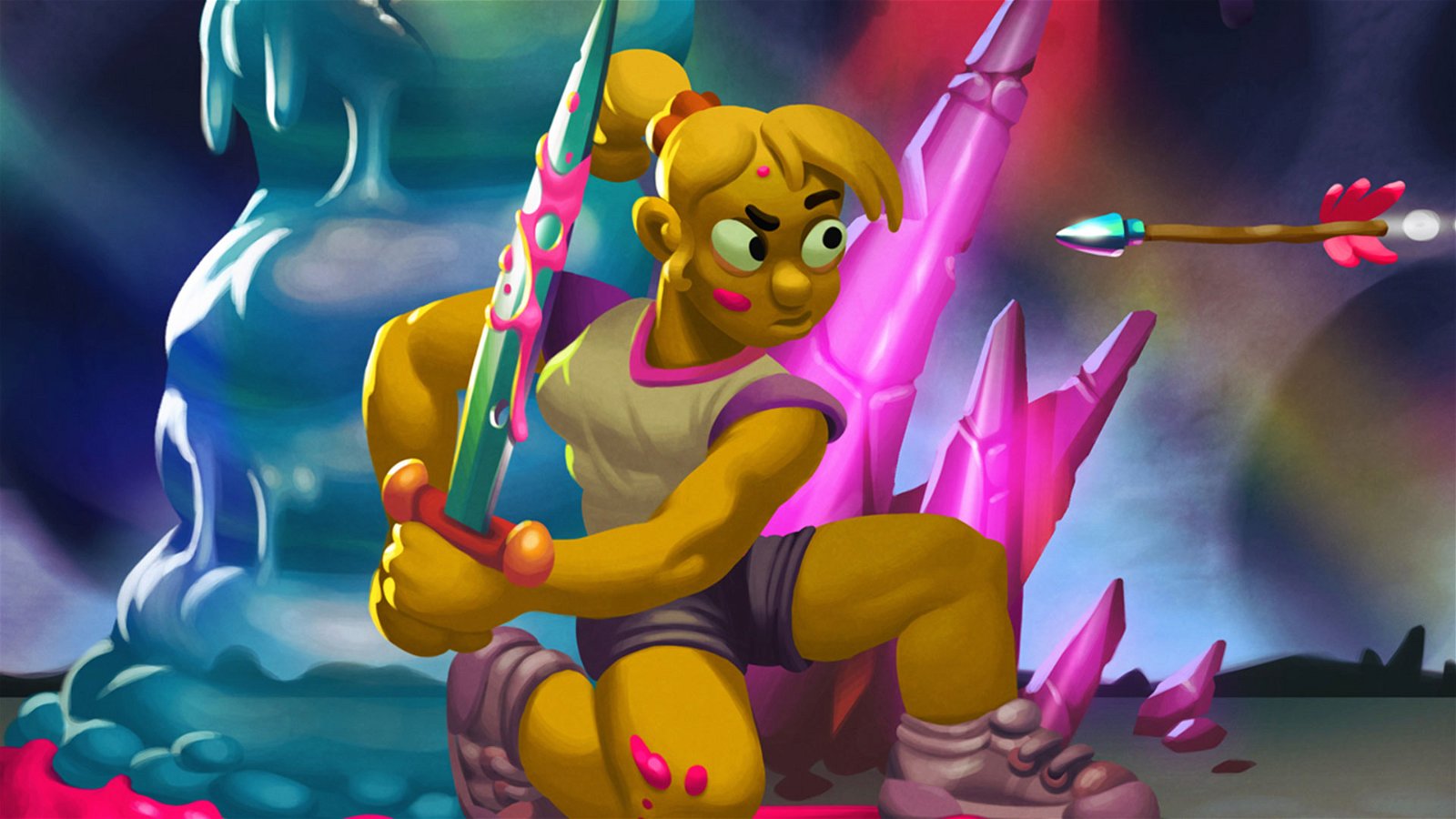 Fans of Nidhogg will be able to play its sequel soon when Nidhogg 2 launches next month.

Indie developer Messhof announced today that Nidhogg 2 will be available on PlayStation 4 and PC on August 15. Nidhogg 2 retains the same gameplay formula as its award-winning predecessor but adds a number of new features. In addition to the regular sword used in the first game, players are now able to use ranged weapons like bows and arrows and throwing knives along with other types of melee weapons. Nidhogg 2 also features a variety of over ten new stages; a step up from the original’s four. The biggest change to Nidhogg 2 is the game’s new visuals, created by artist Toby Dixon.

When Nidhogg 2 received its announcement trailer, many fans of the first entry were shocked to see the game’s new art direction. Along with the announcement of Nidhogg 2’s release date, Messhoff spoke on the game’s creative process over on the PlayStation Blog.

“I had been experimenting with 2D bone animation programs, which allow you to independently animate separate body parts instead of redrawing entire character sprites. This makes it infinitely easier to combine things like fencing footwork, various upper-body stances, and weapon types. Plus, it means you can swap out the sprites without breaking the animation.” explained Mark Essen, Messhof’s co-founder.

“It seemed silly to use all this potential on pixelated stick figures. So, instead of minimalism, why not try out some maximalism? Animated faces, sweet outfits and hairstyles, bustling environments – the doors had swung wide and Nidhogg 2’s visual style was born.”

The original Nidhogg released in 2014 on PC, PlayStation 4 and PlayStation Vita. The game featured a pixelated aesthetic found in many games made in the 1980’s but with more vibrant colours. The gameplay consisted of two players duelling with swords, trying to defeat their opponent in order to progress towards opposite end of the screen.