Comic-Con 2017 Recap: And Justice For All 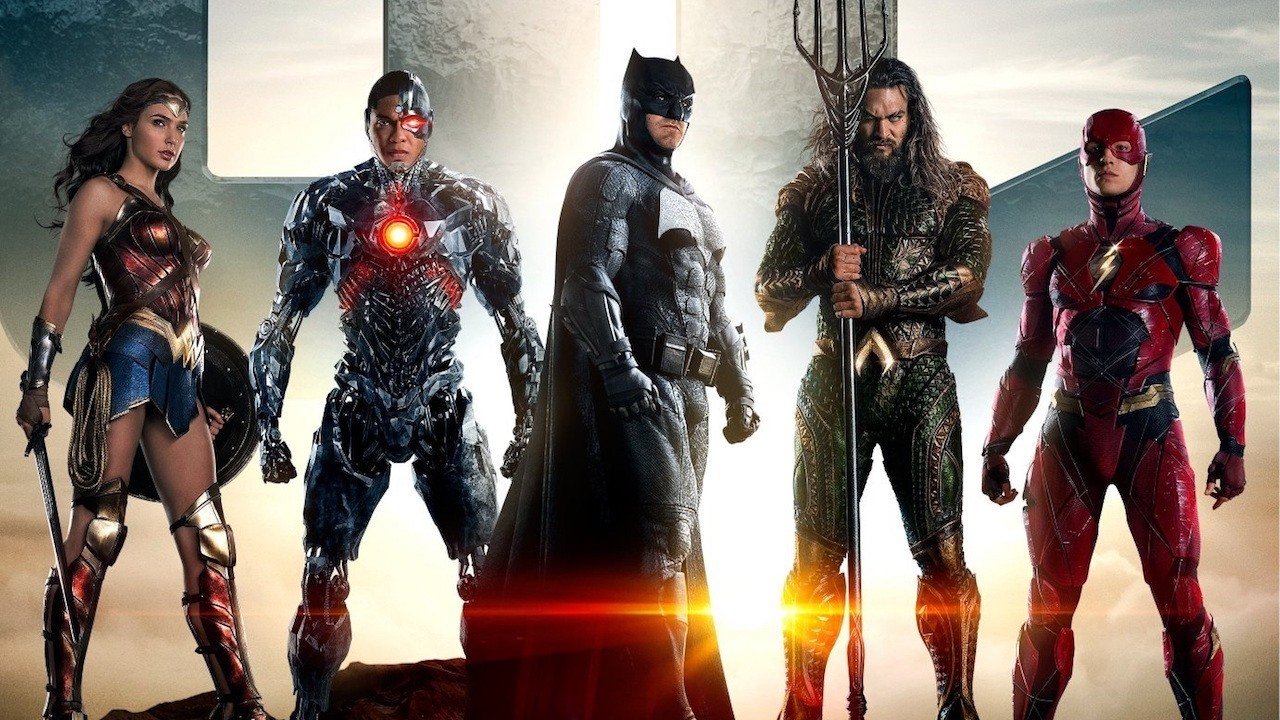 It’s that time of year again, when pop culture nerds travel from all over the globe to visit the Mecca of Geekdom: San Diego Comic-Con.

Humbly beginning in 1970, San Diego Comic-Con has grown into an event unlike any other. According to comic-con.org, attendance has reached up to 130,000 in the past few years. An absurd amount of feverish fans who descend upon southern California with a single mission: to max out on everything relevant in pop culture.

However, San Diego Comic-Con wasn’t always at this level of grandiose madness. It grew and evolved, as did its focus. These days, the comics in Comic-Con have taken a back seat to other towering entities. Now it’s all about blockbuster movies, TV shows, and cosplay—but it doesn’t seem to matter to anyone attending. Fans—in droves—pour daily into Comic-Con to see Hollywood’s biggest stars. This year alone, Comic-Con was home to Ben Affleck, Gal Gadot, Harrison Ford, Ryan Gosling, Steven Spielberg, Will Smith, and Sigourney Weaver.

Spring boarding off all this star power are the Comic-Con panels, and amongst them, all bow down to whomever sits in the infamous Hall H. This is where the titans of the pop culture industry hang their hats and showcase their future products. In 2015, JJ Abrams and The Force Awakens cast descended on Hall H, packing the room with Jedi-robed fans. These fans were even taken out of the hall and treated to a live rendition of Star Wars music orchestrated by John Williams. Last year, the Wonder Woman panel unveiled a new trailer, which hijacked the buzz at Comic-Con 2016 and gave Wonder Woman the clear victory of the weekend.

This year, albeit at separate times, Hall H housed both Warner Bros./DC and Disney/Marvel. So, which of these Goliaths came out on top?

In the beginning, things were looking a little bleak for WB.

On Friday, The Hollywood Reporter released a story that Ben Affleck’s future as Batman was in doubt. Affleck, once the scourge of Caped Crusader fans when originally cast, has become an unlikely audience favourite.

Not really the news you want to drop the day before the Justice League cast takes centre stage in Hall H.

But after the dust settled on the weekend, the clear standout happened to be none other than Warner Bros. Even maligned by the Ben Affleck “will he, won’t he” controversy, their Dream-Team in Hall H (Justice League, Blade Runner 2049, and Ready Player One) was a heavyweight no other pop culture entity could dethrone. Heck, if you can get the legend himself, Steven Spielberg, to sit on your Ready Player One panel, you’ve likely won the weekend with that alone. Add Harrison Ford and the cast of Justice League and it was no contest.

Earlier on Saturday, before Justice League descended on Hall H, the new Justice League Comic-Con poster was revealed—and there was something rather special about this poster. It had a very iconic Alex Ross feel. The poster was far more colourful and reminiscent of the Golden Age than the previous Justice League trailer and images had shown. As for the Comic-Con exclusive Justice League trailer itself, it gave fans everything they could have hoped for. Aside from Superman, all the Super Friends are all there, plus Steppenwolf as the new villain and exotic locals of Themyscira and Atlantis. It more than wet fans’ appetites for the film’s release in November of this year.

As an added surprise, taking the rumours directly on his squared jaw, Ben Affleck himself addressed the “will he, won’t he” Batman scenario. During the Justice League Hall H panel, Affleck said he’s “the luckiest guy in the world. Batman is the coolest (insert swear word here) part in any universe—DC, Marvel.” Affleck went on to say that he’s “so thrilled to do it” and would “be a (insert same swear word here) ape on the ground for Matt Reeves, never mind being Batman.” Reeves will be directing the next standalone Batman film. Given Affleck’s enthusiasm, it’s pretty clear where he stands on being the Dark Knight.
Follow that up with an 80’s-style trailer of Stephen Spielberg’s Ready Player One, which touches on not only the future of virtual reality but our own societal dilemmas surrounding video game culture. Toss in a new spot from Blade Runner 2049, plus a trailer released earlier this past week and Warner Bros. walks away with the gold standard this weekend at Comic-Con 2017.

What about the silver medal?

Marvel Studios made a significant push for the title in their Hall H segment. The new trailer for Thor: Ragnarok made that case all by itself—it’s hard to beat that trailer. Viewers watched Thor and Hulk working out their relationship issues all while taking part in a visually arresting sci-fi adventure. Apparently, Hall H viewers were also able to see exclusive Black Panther footage as well as the Avengers: Infinity War trailer. Yet, with it not being dropped online, and this writer selfishly seething over that, Marvel gets knocked down a peg for lack of customer appreciation to those who couldn’t attend.

But perhaps one of the biggest splashes with trailers was Netflix. Unveiling trailers for both Will Smith’s Bright and Marvel’s The Defenders, Netflix came to Comic-Con 2017 with their gloves off. Yet, it was the Stranger Things: Season 2 trailer which stole the show. It was easily the best TV trailer of the weekend—at least for pure nostalgia sake. To the tune of Michael Jackson’s Thriller, the trailer showed the Stranger Things kids playing Dragon’s Lair in a video arcade and featured film references to Ghostbusters and Halloween—a wet dream for any child of the 80s.

So, that’s it for a quick recap of this year’s San Diego Comic-Con, as far as movies and television are concerned. It’s worth noting that there was a noticeable absence from 2017—Star Wars. The franchise set in a galaxy far, far away is now housed at Disney’s big events—like D23 this past month—and the company’s yearly Star Wars Celebration. While there was a small Lucasfilm Publishing panel this year at Comic-Con, the usual big Star Wars splash was absent. Comic-Con just wasn’t the same with such a limited Star Wars presence. With Marvel Studios still showing up and wowing the Hall H crowd (Marvel being a Disney property as well), wouldn’t it have better to bring Star Wars to Comic-Con and dropped something?

Luke’s chopped off hand from The Empire Strikes Back would have sufficed.