The Huntress Sings Her Lullaby in Dead by Daylight 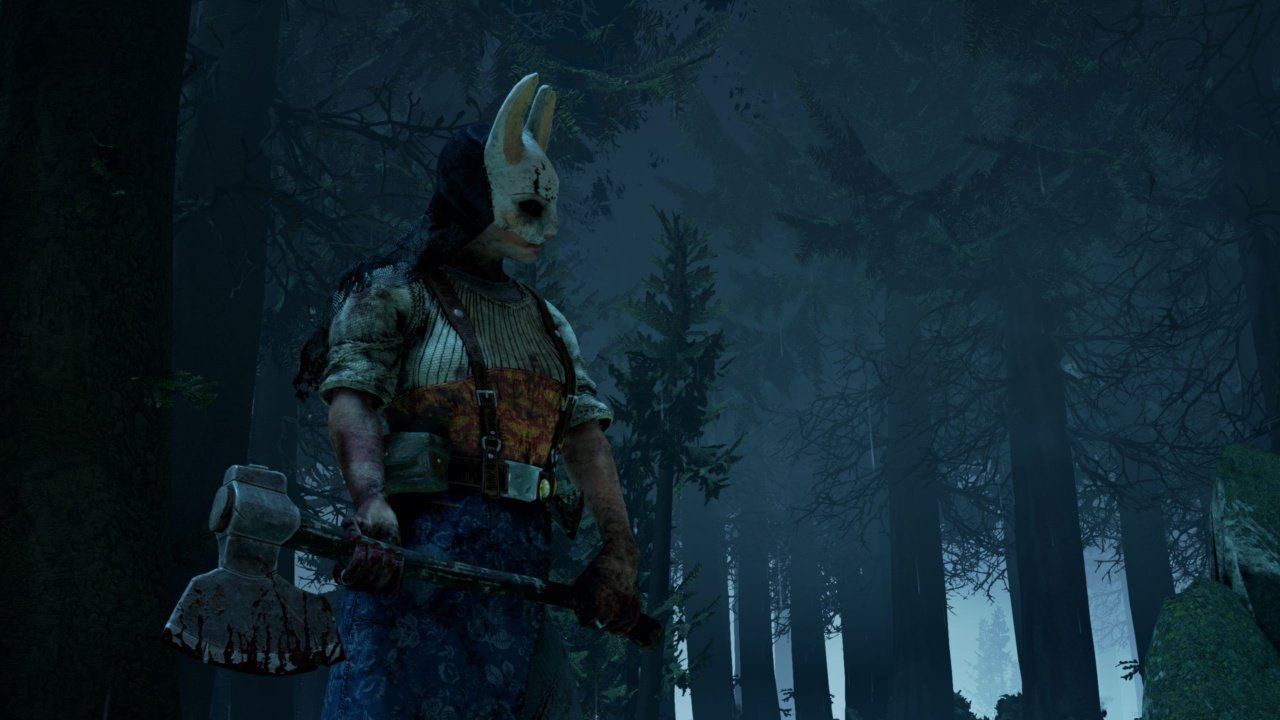 A new free chapter has been released for Dead by Daylight that comes with a new killer, map, and survivor. The new killer is known as The Huntress and she is ready to hunt the survivors.

The Huntress is an exciting change to Behaviour Interactive’s game. Hailing from an abandoned forest, The Huntress is more animal than human. Wielding her axe and carrying hatchets, she is a bladed terror. Her unique ability is throwing those hatchets—with deadly precision. For anyone familiar with Dead by Daylight, this means that she is able to wound a target or knock out a survivor from a distance.

All of the Huntress’ new perks help to make her feel like a true predator. Her first perk, Territorial Imperative, lets her see the aura of any survivor who enters the basement while she is away. Her second perk is called Beast of Prey. The Huntress’ lust for killing becomes so intense that she breaks her connection to the entity, which means that she loses the red stain for a limited time while bloodlust is activated.

The Huntress is always humming a lullaby and her third perk, Huntress Lullaby, makes it so any survivor who hears it suffers ill effects. Missing a skillcheck while hearing the lullaby will cause a generator to regress. Every survivor she hooks causes her lullaby’s power to grow in strength.

The Huntress is the star of this chapter but that doesn’t mean she arrives alone. The huntress brings with her a new survivor, David King. David is a survivor who doesn’t worry about wounds and wants to protect his friends as much as he can.

The new chapter of Dead by Daylight is now live on steam and The Huntress is ready to stalk her prey. You can read all about the new chapter here.

File Under: Dead by Daylight, Update