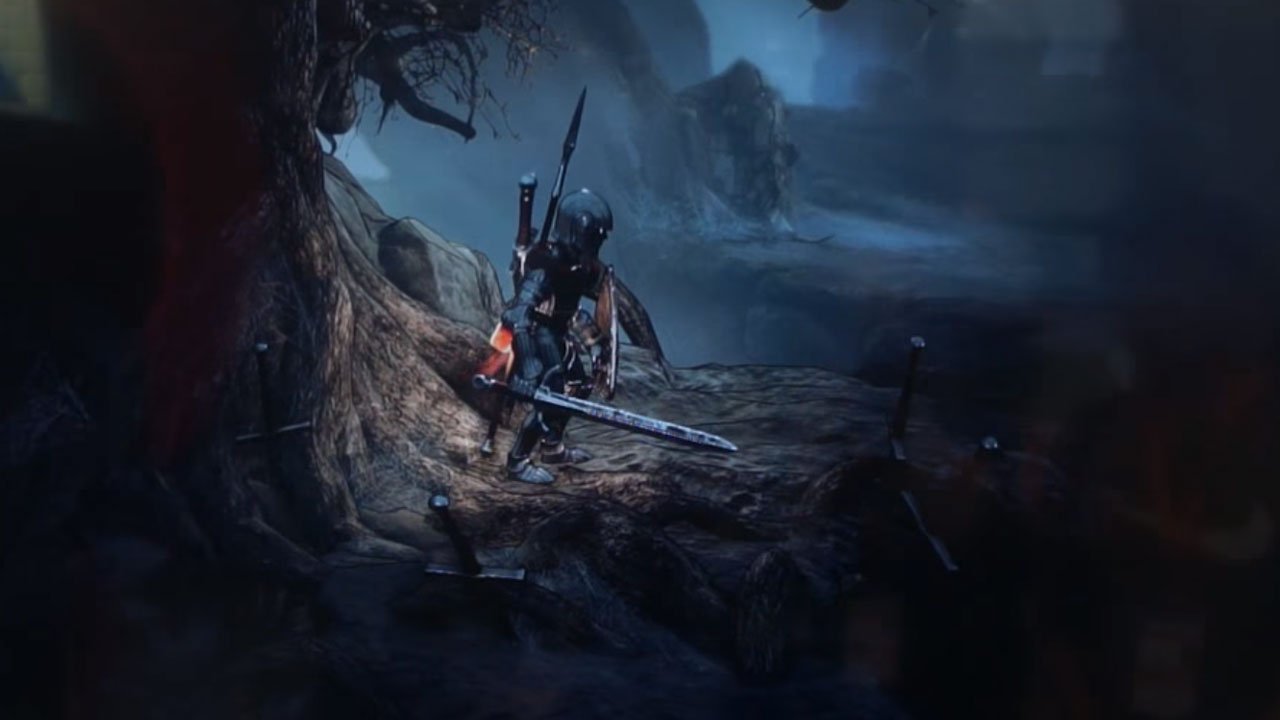 With the recent conclusion of ChinaJoy 2017, a slew of announcements including the likes of new PlayStation 4 games was announced at the show, amongst them, one title that stood out, in particular, was the game, Sinner.

Assets for the upcoming game from Darkstar Games have been scarce, thankfully footage of the title have appeared online, following the Chinese games convention. Those unfamiliar with Sinner, the game seems to borrow heavily from From Software’s masterclass of action RPGS, Dark Souls. Both mechanically and aesthetically the upcoming China made title exudes that familiar and beloved style Dark Souls is known for.

Not much information has been given out about Sinner, however by watching the gameplay video, the upcoming game has more than just a passing resemblance to any number of the Dark Souls titles. Sinner in particular, seems to be borrowing an aesthetic akin to titles such as Bloodborne and the very first Dark Souls game. The gameplay demo begins in an eerie looking forest area, complete with ominous fog that sets the ambiance found in some of FromSoft’s newer titles.

The player character is clad in armor which also, unsurprisingly looks like it has been lifted straight off of a corpse of some sorry Undead soldier within one of the worlds found within Dark Souls.  An Estus flask like bottle is also seen holstered to the side of the player character, giving off that all too familiar orange glow.

The player character seems to begin in a hub world, similar to the Nexus found in Demon Souls or the Hunters Dream in Bloodborne. After interacting with what looks like a Rune etched wall, a portal appears, allowing the player to presumably head into a level or zone.  Eventually, the player character confronts a boss that looks very similar to the classic Dark Souls boss, Gravelord Nito, although admittedly, much smaller in scale. the demo for Sinner wouldn’t be a complete with a few deaths here and there, accompanied by a familiar set of bold red lettering that presumably reads “You Died”.

Although for the most part, Sinner seems to be heavily inspired by the Souls series, the title does seem to offer up a little in the originality category, at least graphically. As the footage isn’t from a direct fed source, it was hard to discern, but Sinner seems to deploy a very subtle cell-shaded look to the textures in the game, which is a nice touch and would help distinguish itself somewhat from From Software’s titles.  Ultimately, A Souls inspired game might not be a bad thing, especially after the alleged end of the series, concluded by the final piece of DLC for Dark Souls 3.

No release date or plans for an international release have been announced for Sinners at this time.