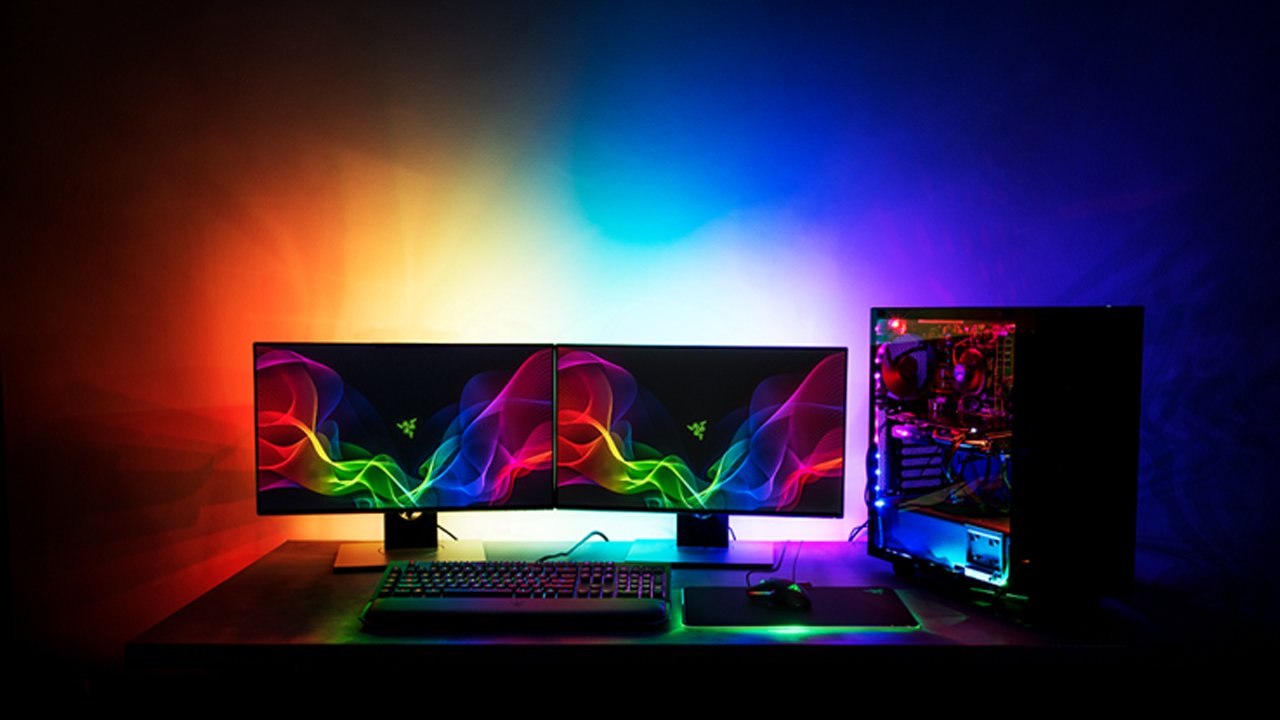 The new device employs a highly advanced lighting controller breakout box paired with RGB LED strips that have been integrated with Razer’s Synapse 3 software (which is in its Beta). Additionally, the new device promises to be compatibility with some of the most popular PC games that are currently available on the market today. The Razer Chroma Hardware Kit will be fully integrated within Razer’s ecosystem of high-quality gaming peripherals, making it the perfect compliment to an already killer setup.

Users can shape and bend the LED strips to fit virtually any surface to light up an entire room, home or office for total game immersion, and with the added compatibility with Razer’s Synapse 3 software, the individual LED profiles can be saved and synced up with multiple devices.

The Razer Chroma kit will support 4 channel output, with a total capacity of 64 RGB LEDs. The box will ship with two LED strips, which has 16 LED lights installed, giving players more than enough LEDs to play with and set up a scheme they like. Additionally, customers can purchase the Razer Lightpack Extension Kit, which comes with a pair of LED strips and extension cables.

The light strips will offer consumers with 16.8million colours with a variety of cool effects to choose from. Once paired with Razer’s Synapse 3 software, the ability to sync, customize and tweak the lights to the desired depth and effect can easily be achieved, making the entire process of customizing a breeze.

“Razer Chroma is the most advanced lighting configurator in the world, enjoyed by millions of gamers worldwide,” says Min-Liang Tan, Razer co-founder, and CEO.

“The Chroma HDK allows us to take game immersion to the next level with PC cases, entertainment centers, appliances, and be used wherever else users desire.”