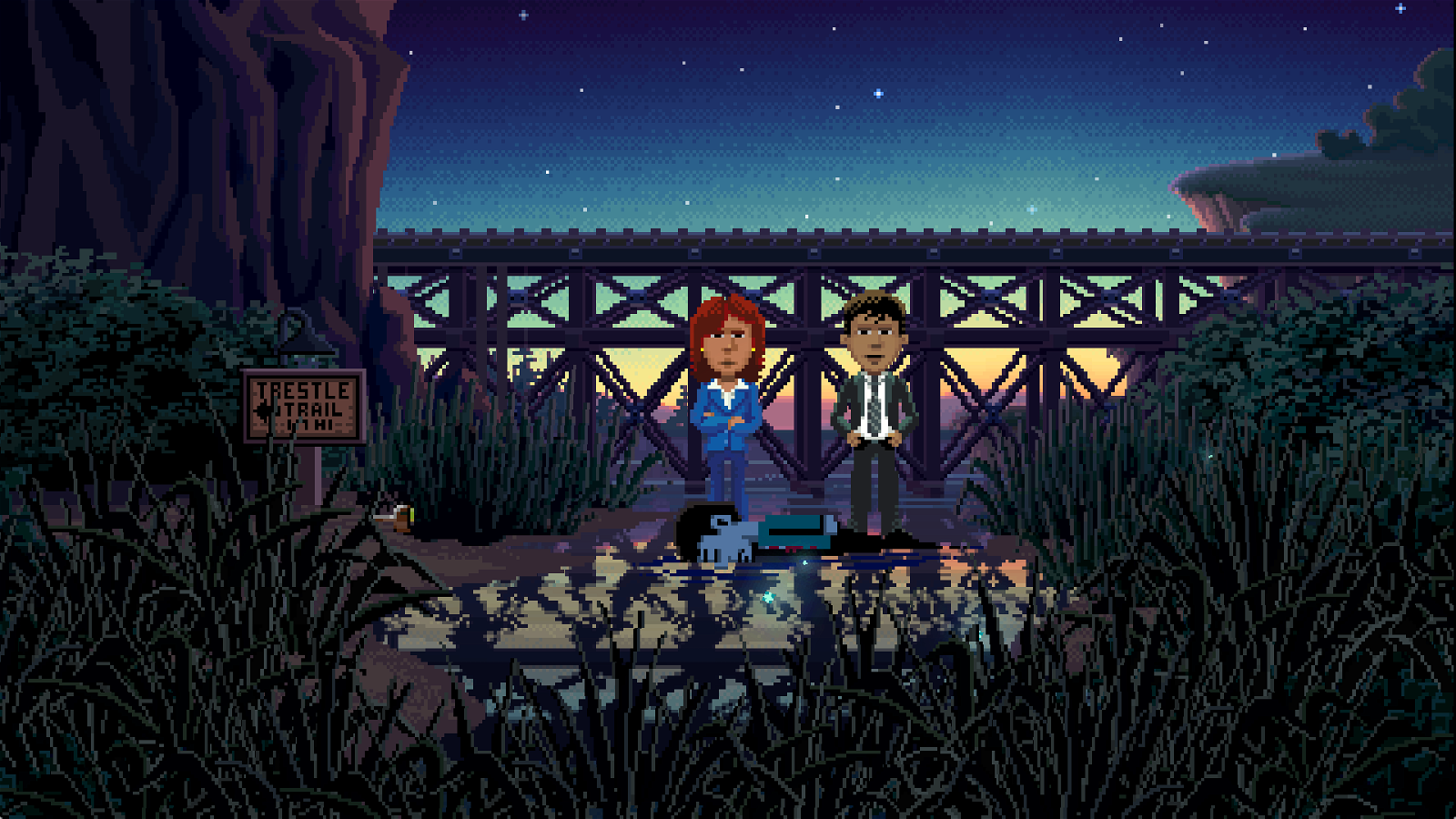 Those unfamiliar with the upcoming game, Thimbleweed Park is a new, modern take on classic point and click adventure games made by veterans at Lucas Games, including the likes of Gary Winnick, and David Fox who worked on games like the legendary Monkey Island series, Maniac Mansion and Zac Mckraken.  The renowned developers behind the aforementioned titles are promising that Thimbleweed Park will be a fun, murder mystery title, stating that the title was in part inspired by the likes of X-files, Twin Peaks and the numerous works by Stephen King.

Players assume the role of either Agent Reyes or Agent Ray and can switch between the two characters with a press of a button. The two are tasked with solving the murder of a man who was killed under a bridge, the simple but sombre plot only gets stranger from there. Players eventually get introduced to Ransome, Delores and Franklin, an elective cast of characters ranging from a wannabe Game Designer to a professional Clown. Players will be able to delve into the back stories of each character as they learn about the unique cast of characters that populate the strange and sometimes silly world of Thimbleweed Park.

Thimbleweed first launched through a successful Kickstarter in 2014, backed by hard core fans of classic point and click PC games. The developers behind Thimbleweed Park are promising that the upcoming title has been optimized for both the PlayStation 4 and Nintendo Switch, making sure the point and click nature of the title would translate to a console controller setup.

The game is already available on Xbox One, Windows, Mac and Linux, with Mobile versions planned to release in addition to the PlayStation 4 and Nintendo Switch versions of the game. Thimbleweed Park will be out August 22, 2017, on PlayStation 4, with a Switch release date not yet announced.