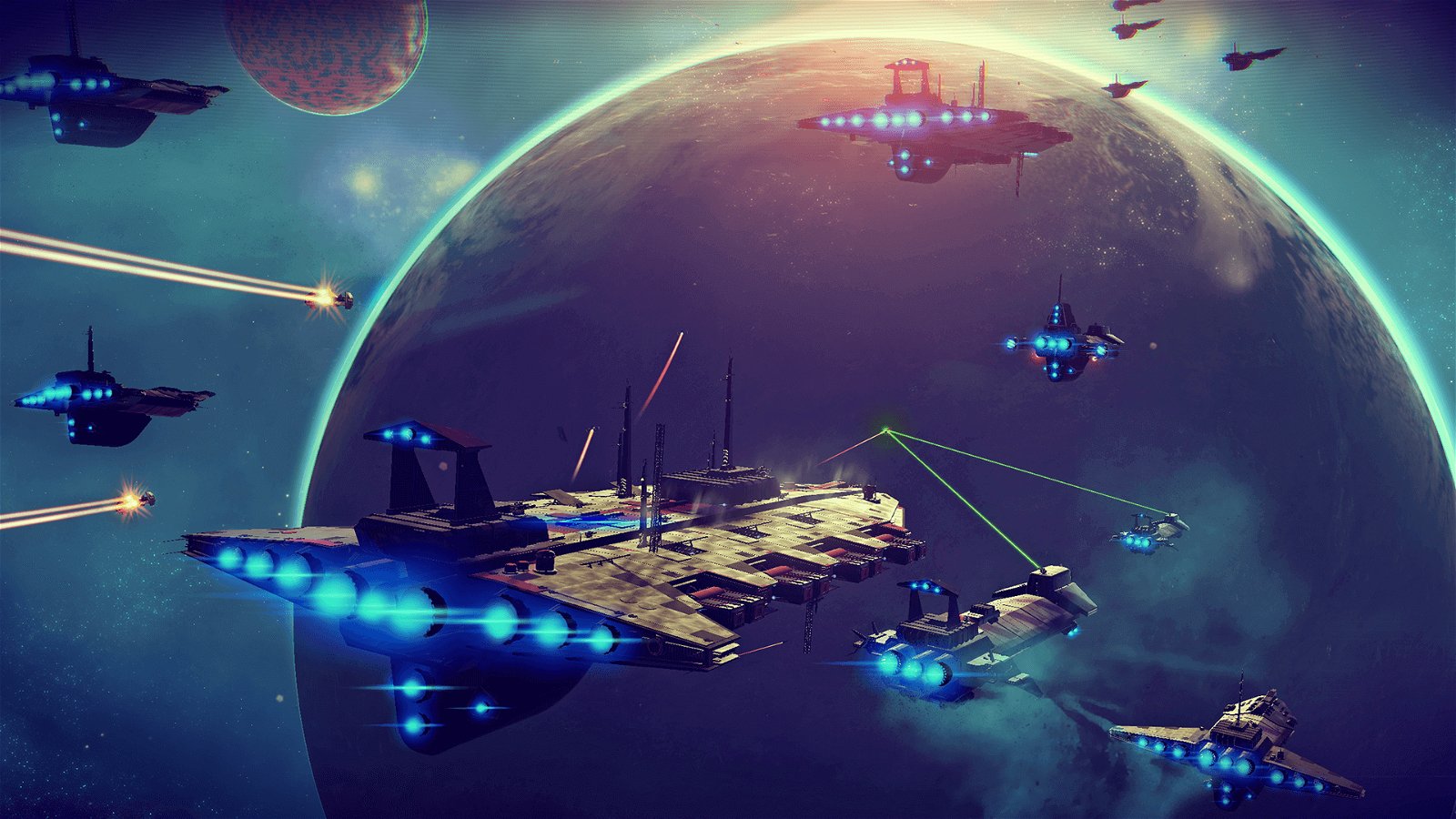 Back in 2013, when my good friend and colleague Brendan Quinn made No Man’s Sky aware to me, I actually met it with a mixture of apathy and scepticism. He was genuinely overflowing with excitement (a rare occurrence for him), gushing about its hypothetic features and scope. When he asked me what my thoughts were on the game, my answer was, “There’s no way this can be done”. I genuinely didn’t believe video games were capable of the ambition No Man’s Sky was promising.

Funny how the tables have turned, three years later after No Man’s Sky’s less than stellar launch. Quinn quickly threw his copy in the virtual garbage, while I embraced its quiet beauty.  There was just something mesmerizing about No Man’s Sky. I loved flying from planet to planet, seeing these massive spheres appear in front of me, exploring their surfaces, going at my own pace.

Now, before I go any further I just want to state for the record that: yes, when No Man’s Sky released it was fairly hollow. Hello Games promised the Moon and the stars and they did not cash the cheque. Sean Murray did a poor job communicating what was actually going into his game, and “gameplay” trailers that ran well after the game’s release continued to contain misrepresentative information. There is simply no denying that.

Which is why this next part is so weird to write out. See, it was upon my first few hours with the game—while I was lost in a subterranean cave—that my imagination began filling in the blanks of the game. I kept worrying that I would find some strange alien monster and No Man’s Sky would quickly turn into the open-world Metroid game I had always dreamed of. Of course, when that never happened I was crushed, but the thought never left my mind: with a little more work, this game could be something really special. Ironically, it was in the game’s emptiness that I saw boundless potential.

And that’s exactly why I stuck with No Man’s Sky. The foundation for something really incredible was always there, it just needed the time to take off. Time that was clearly not afforded to the developers at Hello. Time that no developer seems to get anymore. I always believed in No Man’s Sky, and now a year later with the “Pathfinder”, “Foundation” and “Atlus Rises” updates, the game has finally added some much-needed meat to those solid bones.

Features like a proper economy actually allow players to become traders and provide more incentive to get on the ground and collect. A rudimentary mission system gives players a sense of focus amidst the notion that with the freedom to do anything, you tend to do nothing.  Revamped biomes make planets feel more unique and interesting and the addition of crashed freighters is really a sight to behold. Improved ship functions allow you to call in support during dogfights which finally lends some importance to the player’s reputation with the various alien factions, and the addition of a proper story with branching paths and meaningful choices actually gives players something real to invest in.

No Man’s Sky is actually a game worth playing now, for more reasons than “expanding your mind,” throwing on some Floyd and just sailing through the galaxy—and it’s a real shame no one seemed to give it the chance I did. And to this day I wonder why, considering the mountains of defence that was piled onto Star Wars: Battlefront (Quinn…) despite its similar lack of content at launch (and still today.) Even more recently with a game like Splatoon 2, which launched with a paltry amount of content—similar to its predecessor, yet without the freshness. Why didn’t that game see a supposed 98% drop in players? Maybe it’s because those games are shooters and thereby held to a lower standard. No Man’s Sky was supposed to be something more. No Man’s Sky was supposed to be galaxies; it was supposed to be an entire universe.

To this day I maintain the problem existed on both sides. Yes, Hello certainly had its part to play in setting the expectations on No Man’s Sky, but I can’t help but feel that gamers took that bait, hook, line, and sinker. I continue to believe that with how high the hype was built for No Man’s Sky, even if it had released exactly like the trailers said it would, it still wouldn’t have been enough. However, I have the utmost respect for Hello Games; it could have been so easy for them to leave No Man’s Sky adrift in the cold void of space, but they kept working, continuing to update the game at no additional cost to the player (I can think of at least three publishers that would have made these updates paid DLC).

I truly hope Hello continues to work on No Man’s Sky. I hope they continue to add content, continue to polish, continue to fill the holes in the molehill they built into a mountain.