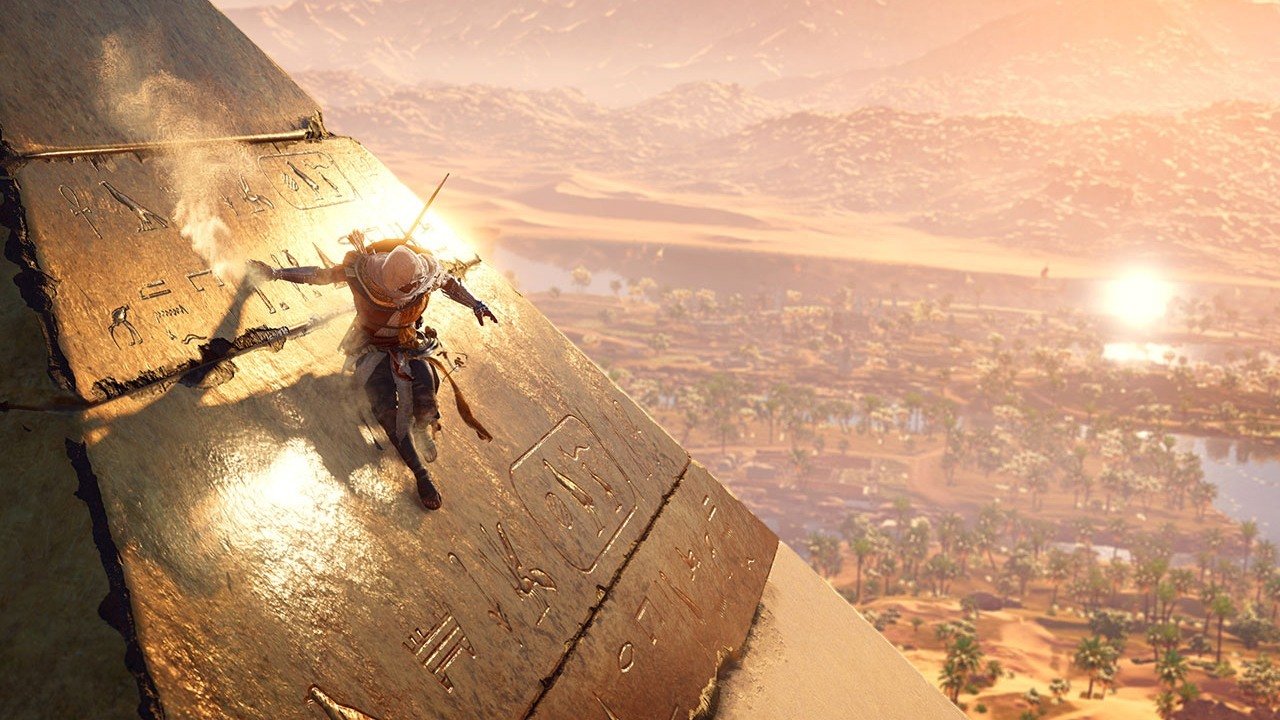 Gamescom 2017 is underway and Microsoft is kicking things off with their live show.

During the Xbox part of the presentation, Ubisoft took the opportunity to show off a new trailer for their latest instalment of Assassin’s Creed, which can be viewed below.

The trailer is a CGI cinematic trailer, which beautifully depicts the Ancient Egyptian setting that players will be able to explore in Assassins’s Creed Origins.

Assassins’s Creed Origins is scheduled to come out later this year on October 27, 2017. The upcoming title will be available on PlayStation 4, PC, Xbox One and the upcoming Xbox One X.

Ubisoft has announced that they are teaming up with Microsoft to utilize the power of the forthcoming Xbox One X to fully realize Assassins’s Creed Origins.

Assassin’s Creed Origin‘s will boast 4k visuals, HDR support, and other bells and whistles that utilize the upcoming console.

For those unfamiliar with the the upcoming title, the game takes place in Ancient Egypt during the Ptolemaic period. The player assumes the role of Bayek, a Medjay, as he works to protect the people from the looming dangers of the Templars.

As the name suggests, the narrative in the upcoming title tells the origins of the Brotherhood of Assassins, in addition to the dark cabal that eventually came to be known as the Templars.

Assassin’s Creed Origins is the latest entry in the renowned and long-running franchise.

The title first began development shortly after the development of Assassins’s Creed Black flag finished in 2014.

The existence of Assassin’s Creed Origins leaked earlier this year when several screenshots for the game surfaced on to the internet. The game was formally announced at E3 2017 during Microsoft’s Xbox press briefing presentation in Los Angeles.