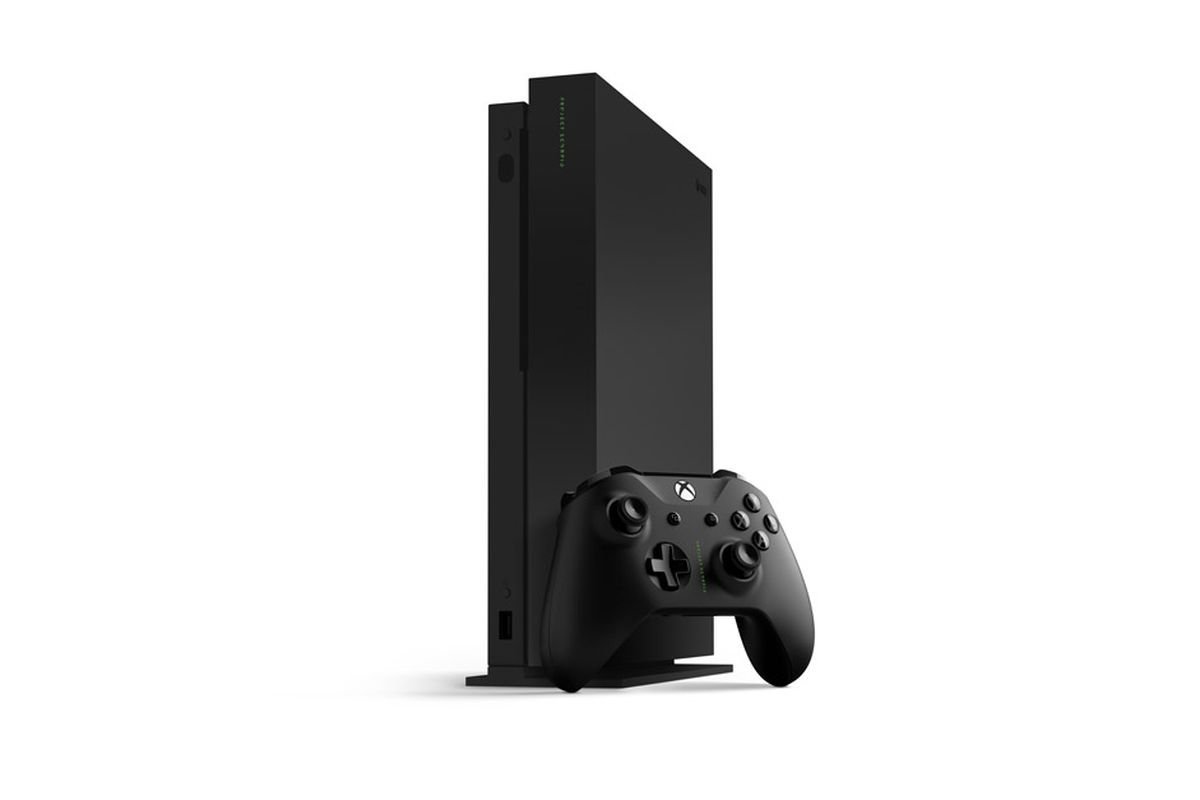 A new Minecraft-inspired Xbox One S has been announced for pre-order beginning today, in addition to the official unveiling of the “Project Scorpio” edition of the forthcoming Xbox One X.

Those interested in the upcoming Minecraft Xbox One S will have to wait till October 3, 2017, when the system becomes available at participating retailers.

The limited edition Xbox One console sports a semi-transparent case and brimstone inspired artwork, ripped straight out of the voxel-filled game.

The other side of the unit dons a classic and iconic grass and dirt design that transforms the already unique looking Xbox One S console into a Minecraft machine.

The design spills on to the controller as well, which features a similar grassy block aesthetic with TNT written on the centre.

The upcoming limited edition console will ship with a 1TB hard drive to give players more than enough storage to fit all their favourite titles on to the console.

The limited edition Xbox One Project Scorpio edition of features mostly the same jet black colour scheme, with the added Project Scorpio branding appearing on the front of the unit.

Additionally, the Project Scorpio branding is also present between the directional pad and the right analog stick on the controller that will ship with the limited edition Xbox One X console.

It’s no secret that Microsoft and Mojang are long standing partners when it comes to bringing Minecraft related content to the Xbox platform. The new Minecraft-inspired console should prove to be a must-own for serious console Minecraft players.

Microsoft acquired Minecraft and Mojang in 2014 for a whopping $2.5 billion.