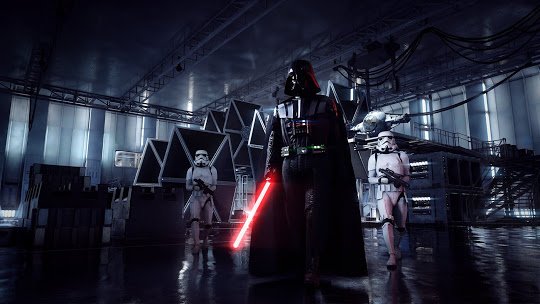 An AMA on Reddit surrounding the Battlefront II controversy offered no definitive answers or responses to the concerns of players, consisting mostly of vague responses from DICE developers that offered very little in the way of actually addressing the problems.

John Wasilczyk, Executive Producer, Dennis Brannval, Associate Design Director, and Paul Keslin, producer, were on hand to answer questions from players today in the Battlefront II AMA. Unfortunately, as was expected, the devs skirted around revealing any solid information or committing to specifics, choosing to engage in obfuscating and blatantly vague responses.

Particularly damning was a response to the following question from Reddit user AsexualAmeba:

“My job keeps me incredibly busy, and, often times, I just want to come home and relax against AI. I’ve noticed that the amount of credits is capped per day in arcade mode to 500. With crate’s current cost, I would have to max the system out for eight days in a row to afford just one crate. Do you have any plans to change up the arcade values so more casual players like me could afford more than 2 or 3 loot crates a month?”

“As we want to let players earn Credits offline via a more relaxed game mode, we needed to also find a way to make sure it wouldn’t be exploited in a way that would impact Multiplayer. Because of that we made the decision to limit the number of Credits earned to stop potential abuse. We will be looking at data continually and make adjustments to make things as balanced as possible.”

The response led to an outpouring of comments and criticisms from users who demanded to know why the Pay to Win lootbox mechanic, which severely impacts gameplay, was included if they were so concerned about balance and fairness in online multiplayer—but one that garners the company plenty of revenue and can be viewed as the single most controversial aspect of the game.

Unsurprisingly, there was no answer provided.

Various other questions were posed that also elicited safe, carefully constructed responses from the developers that did little to address the actual issues being presented and if anything further enflamed and enraged Reddit users and Battlefront II players.

“Are you aware that it will take a gamer who plays 2 hours per day over 6 years in order to unlock all of the content? Don’t you think that is a bit unfair that a large portion of content will be unaccessible for those who have other responsibilities like work, school, in a game they paid for? 2. Will you be looking to lower the number of microtransactions in the future? 3. Do you have any comment on the cool down to earn credits? Will it be lowered or removed in the future? Any concern that this will make the grind even more challenging for players who don’t buy microtransactions?”

To which John Wasilczyk replied:

“We’ve seen the speculation about how long it takes players to earn things – but our averages based on the Play First trial are much faster than what’s out there. But as more players come in, that could change. We’re committed to making progression a fun experience for all of our players. Nothing should feel unattainable and if it does, we’ll do what it takes to make sure it’s both fun and achievable. As we update and expand Arcade mode, we’ll be working towards making sure that players can continue to progress without daily limits.”

Once again, an expectedly canned and ambiguous reply that basically boils down to: we are (maybe) working on this and will (maybe, but probably not) change things to a degree players will be happy with.

Perhaps one of the most direct, no-nonsense post came from DreadPirate616, who asked the question that basically sums up the singular, major issue plaguing the game’s reception:

“Lootboxes should be removed. These ruin the feeling of accomplishment, are a form of gambling, and are obviously an incentive for players to buy credits using micro-transactions. Currently, Battlefront feels like a free mobile game, not a $60-$80 AAA title. There should be absolutely no micro-transactions that affect progression. While we recognize that you need money to continue creating free DLC, it should not come at the expense of fair gameplay. A compromise can be limiting lootboxes to cosmetic items only, so you can still make money.”

Dennis Brannvall responded by explaining…well, not a whole lot. Nor did he offer any solution outside of general “we’re looking into it” (not an actual quote from Brannvall)

“I think crates can be a fun addition as long as you don’t feel forced to engage with them in order to progress. I feel that’s where the issue is with our game right now and that’s where we’ll look to solve as quickly as we can. We’re looking to add additional ways to progress your favorite character or class, while allowing crates to be a fun thing for those who want to engage with them.”

As to why Battlefront II came ready to rock with all these contentious features, despite being otherwise well received and praised for its visuals, environments, and actual minute-to-minute gameplay, Reddit user TheBlazingAnus asked:

“I want to preface this by saying that I loved the beta, particularly the multiplayer and visuals, however, there has been quite a negative reception of the progression system. The game sports a 1.1 average user review from over 1600 ratings on Meta Critic, with other major gaming outlets and publications citing the inclusion of the loot crate-based progression system as the major reason for their dissatisfaction of the game. I was hoping you would let us know what led you to make the decision with the current progression system, and, do you plan to implement any major changes to the progression system moving forward?”

Brannvall didn’t exactly answer the question. Nor did he offer up an explanation of the process that led to the inclusion of Pay to Win mechanics and a broken, manipulative progression system. Instead, users were greeted with yet another response that made no direct promises or presented any concrete facts or clarification.

“Yes. I don’t feel you can take yourself seriously as a developer on a live game if you’re not willing to completely challenge your own system and consider overhauls. I can’t really commit to the dates just yet, but we’re looking at solutions where players have a clearer, more direct path to getting the stuff you want.”

However, amongst all the political deflection, safe, guarded responses, and indirect promises, Brannvall finally addressed the elephant in the room directly after HockeyBrawler09 asked:

“Does EA just not realize if they gave in to what consumers wanted by removing loot boxes and gross microtransactions they’d be setting themselves up for longterm profits and possibly a positive relationship with their base which could flood into other genres/markets? Or is short term profit the only goal?”

Brannvall answered the question with surprising specificity, even using the term “microtransactions”, although the reply itself still reeked of PR damage control and did not actually offer any explanation for the inclusion of the mechanic or its blatant purpose of simply generating revenue.

“Regarding microtransactions, we want players to enjoy their progression through the game and want gameplay to be fair along the way. Microtransactions are there for player choice, but won’t be a requirement to play or succeed at the game. And like everything else, we’ll continue tweaking and tuning until we achieve these goals.”

The AMA has now been sorted with links to each question and answer and can be viewed here. Follow CGMagazine for more updates as the storm continues.