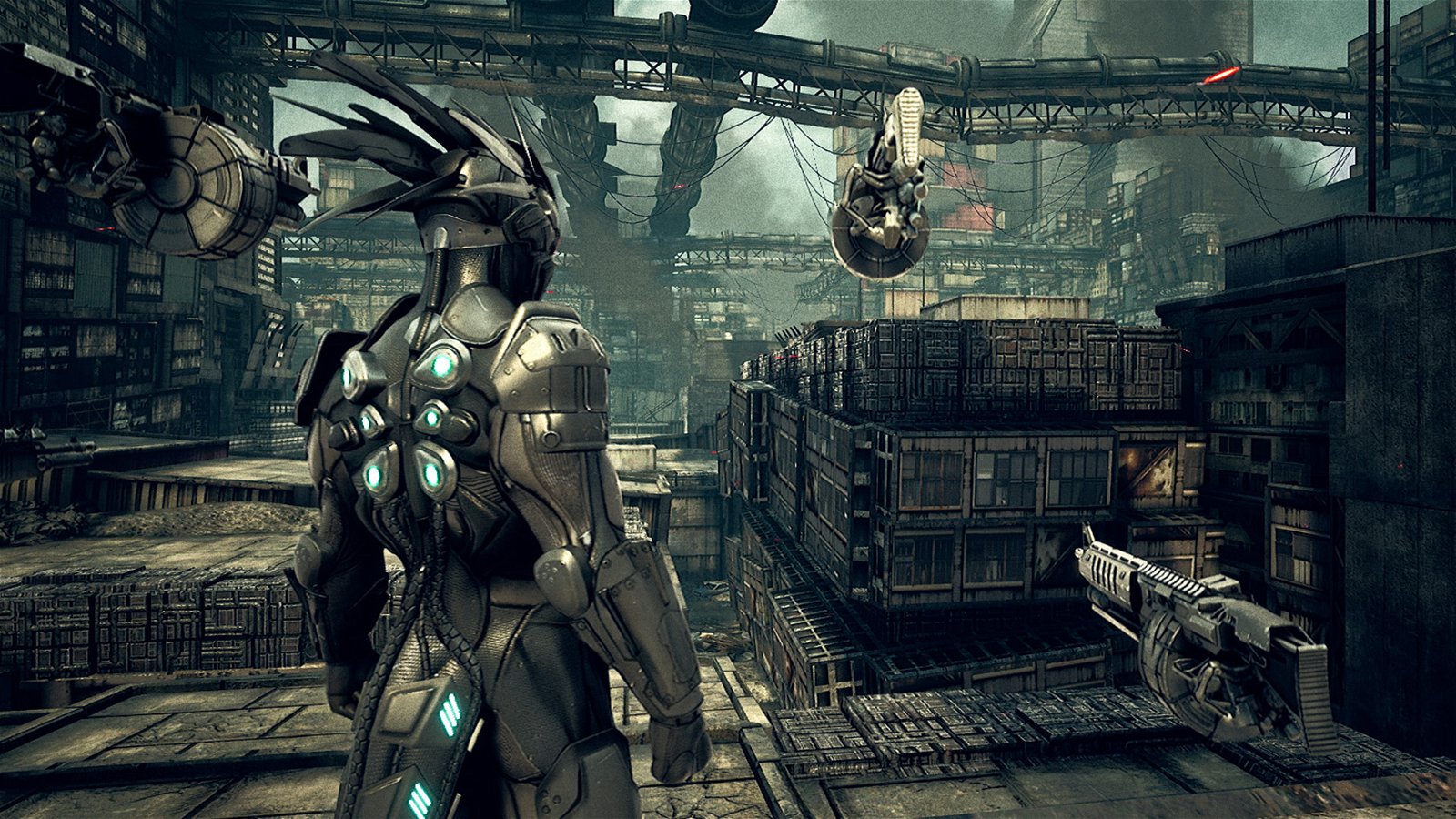 Nelo looks beyond slick. Rushing through arenas filled with enemies at blinding speed while firing four machine guns looks like something you’d want to be a part of. However, the alpha build currently available to players shows a game that needs a ton of work, showcasing cramped arenas, incredibly awkward platforming, and many other design decisions that all seem built around making the players regret their great speed.

In video, it looks fantastic. Players act as Nelo, an alien cyborg with telepathic powers and four guns with which to blast aliens. This cyborg can also move extremely fast, allowing players to rush through arenas of enemies as they pepper them with laser blasts. It’s quite tense to play through as well, staying ahead of your enemies while aiming shots at high speeds turns combat into a frantic event.

The problems in Nelo don’t take long to start showing up, though. Considering the speeds at which players can move, they require lots of open space to really take advantage of it (like Vanquish’s large arenas), but when enemies show up, players tend to get blocked into tiny arenas. Not only are these areas small, they tend to be filled with buildings and tiny structures that get in the way and prevent the player from running around. They’re all manageable to get around, and their varied heights offer different vantage points for combat, but at the speeds the player will be moving, these structures get in the way and block running far too often.

It doesn’t help that platforming is a chore. Nelo can wall jump to hop up onto taller buildings, but can only do so a limited number of times. However, this jump is quite floaty and clumsy, resulting in absurd hang-times that can make it nearly impossible to land on even a decent-sized platform. Nelo can be irritatingly fussy about whether your wall jump connected with the wall correctly, and since players can only wall jump a few times in a row, they may find themselves stuck in an area while trying to leap up a wall that should be a snap to scale.

Players can concentrate on fighting back instead by using their four guns. These fire at a high speed, allowing players to cleave through the dozens of robot foes who show up, but they also chew through ammo quickly. Periodically, enemies will drop more, as well as other guns (which oddly switch out some of the weapons you’re already using with little rhyme or reason, at least in this build), but Nelo still mostly requires players be precise with their shots. That’s not necessarily bad, and the ammo limits are high enough that players can often spray shots when running.

The issue that hurts the core of what Nelo seems to be building is that running around and blasting foes at high speed is not actually advisable. Players need to track their ammo counts and choose their shots. They can’t rush around without tripping over environments, and they can’t use the terrain to their advantage due to the clumsy jumping. Players will always be stumbling into things, forced to stop shooting, and will have trouble getting up the structures that get in their way.

Some of these issues can be fixed by switching into top-down mode. Players can swap viewpoints to get a better look at the battlefield, moving from first person to a twin-stick shooter style, which does make it simpler to hit enemies. However, the spectacle of running around at ridiculous speed while blasting enemies is the big draw to this game, and swapping to this viewpoint to deal with it cheapens that draw.

These are just the problems players will see in combat. The game also features platforming segments where players will have to precisely land those floaty jumps (which are clumsy enough to make scaling a basic wall nearly impossible at points), or run around at super high speeds and somehow keep your character from careening off a cliff. The speed just doesn’t mix with the precision of these platforming moments, and when you’re slowly hopping around, you’ll just wish you were in a fight again.

Nelo can’t seem to stop tripping over its own speed mechanic, as if it is looking for ways to stop the player from using it in any fun ways. The speed that makes the game look so appealing is a constant hindrance, whether by having players stumble around arenas that are too small to fight in, something they need to shut off to get combat under control, or making clumsy platforming even more difficult. When players are freely running and blasting enemies, it’s a delight, but in its current state there is too much taking away from the freedom to move and shoot that makes Nelo special.