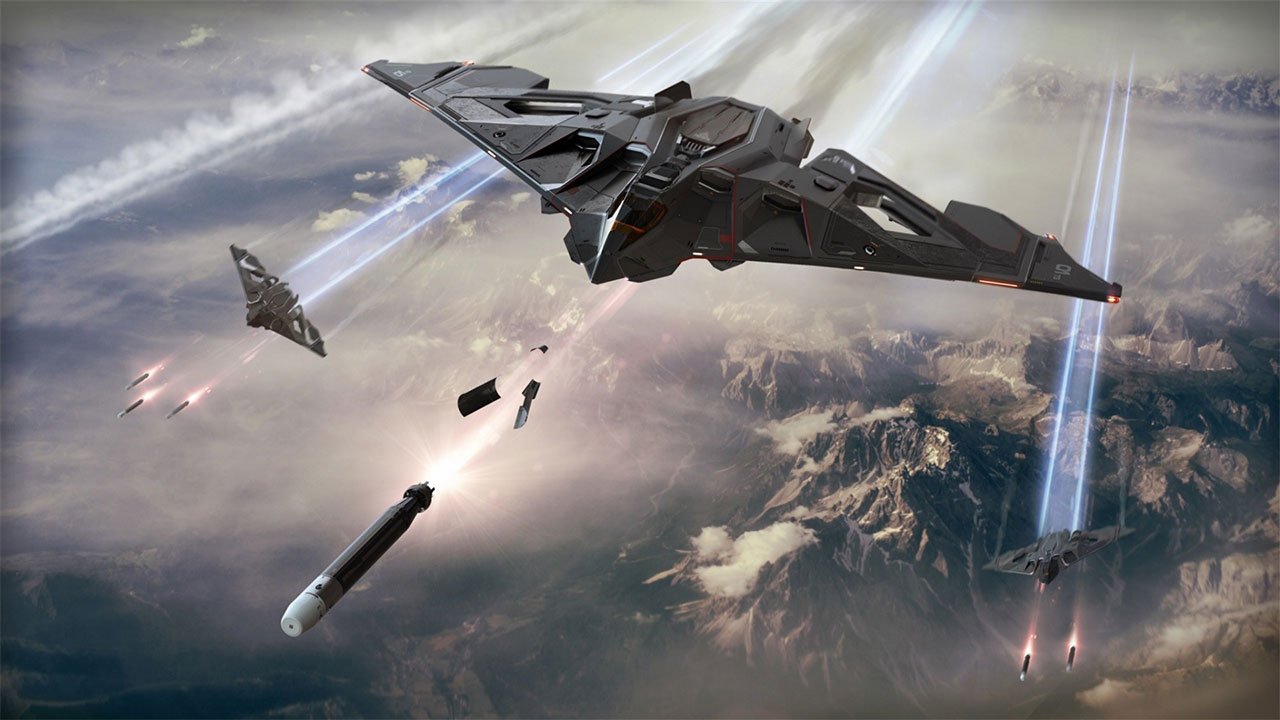 Crytek v. Cloud Imperium and Roberts Space Industries took a fresh turn on Friday, January 5th, as Cloud Imperium’s lawyers at Frankfurt Kurnit Klein & Selz P.C. filed a motion to dismiss, which will be heard on February 9, 2018. What made this move particularly notable was what Cloud Imperium filed with it: the Game License Agreement contract over which the entire matter revolved.

This was a delightful surprise to anybody following the case. While the motion and legal memo (a type of position paper used by lawyers to support an interpretation of how the law or court should interpret or respond to the situation) were not unexpected, the contract was not likely to be disclosed until the Discovery phase, and with it, the case seems to have swung hard towards Cloud Imperium’s side—a shift so dramatic that Leonard French, a copyright lawyer also covering the case, described it as a potential “knockout punch.”

It should be noted, however, that these are still the early moves in the lawsuit. The motion to dismiss by Cloud Imperium could be compared to a military reconnaissance in force, where even if the motion fails, Cloud Imperium gets a preview of Crytek’s strategy and supporting statutes and case law.  And, while we now have the contract and a set of amendments, we are unlikely to see most of the business communications between Crytek and Cloud Imperium behind the contract until the Discovery phase, and these communications could cause a swing back to Crytek’s side.

As it stands, however, with the contract now disclosed and the Motion to Dismiss filed, the case now seems to be focused around four main questions, with the possibility of two very important principles of reading and understanding legal documents coming into play:

1. What does “exclusive” mean?

The core of Crytek’s case revolves around the interpretation that the exclusive rights to use CryEngine granted in the GLA clause 2.1.2 included a legal obligation to only use CryEngine in Star Citizen.  Unless an amendment or communication is later disclosed wherein Cloud Imperium states that it will exclusively use CryEngine, these claims of breach of contract are unlikely to stand, and the reason comes down at least in part to a principle called “the Golden Rule.”

The Golden Rule is a principle of reading used mainly for legislation, but it can also apply to contracts.  What it means is that the words in a legal document should be read to mean their common usage, and they should not be read in a way that creates an absurd or unreasonable result.  There is certainly an argument to be made that taking a granting of rights in a section where rights are granted and “exclusive” is used to refer to the rights being granted only to the licensee(as opposed to the licensee being able to grant these rights to a sub-contractor)—and is used in this fashion in clause 2.1.1 regarding the granting of non-exclusive rights—and interpreting it to mean that the licensee is limited to only using that particular game engine, is reading the word in a manner that goes against common usage and creates both an absurd and unreasonable result.  As mentioned above, this can be mitigated by Crytek if they can demonstrate that there was a communication wherein it was agreed that the word should have this more restrictive meaning.

One could try to make the argument that clause 2.4 lays down a restriction requiring a two-year gap from Cloud Imperium between ceasing the use of CryEngine and starting to develop using another engine, but this would be a hard sell.  The clause specifically refers to the “business of” designing, supporting, promoting, selling, and licensing an engine, which appears to quite clearly refer to creating an engine and licensing it out to other game developers, as opposed to switching engines in a game, and arguing otherwise could fall prey to the Golden Rule.

2. Does Crytek have the right to seek damages in the first place?

This is a complicated question, for a number of reasons.  First off is the inclusion of the “no damages” clause (6.1.4) which requires that for damages to be awarded, there must be an intentional act, omission, or gross negligence.  Muddying the waters is clause 10.7, which rolls back the “no damages clause,” and allows for either party to seek damages for breach of contract when irreparable harm has been done.  This means that one of the questions the court will have to determine is which of these clauses should govern the contract.

Should clause 6.1.4 govern the contract, then Crytek will have an addition burden of proof.  Known as “mens rea,” or “guilty mind,” Crytek will need to prove that there was a specific intention by Cloud Imperium to breach the contract—and Cloud Imperium will be able to offer as a defence that their reading of the contract did not suggest that their actions would breach it.  This is in contrast to most civil suits, where the consideration is “actus reus,” or “guilty act,”—whether the action happened and what damages it caused, regardless of what the breaching party intended.

3.Was Squadron 42 covered by the GLA?

This could be another complicated question—the GLA refers to Squadron 42 as “related space fighter game” in its preamble, where it defines Squadron 42 and Star Citizen as “the game,” and as a “feature” of Star Citizen in the contract’s “Description of the Game with platform(s).”  Here, it is quite possible that a principle known as “de minimis” will come into play.

“De minimis” is short for “Maxim de minimis non curat lex,” or “the law cares not for small things.”  What this means is that inconsequential errors in a document are not a barrier in the courtroom.  For example, the GLA refers to Star Citizen as “Space Citizen” in its preamble.  However, as there is no game called Space Citizen being developed by Cloud Imperium and everybody understands that this contract is about Star Citizen. This error about the game’s name will have no effect in the litigation.

Where “de minimis” may come into play in a meaningful way is in regards to the question of whether Squadron 42 is covered by the GLA.  Because it is referred to by name as being part of the game, the Court may decide that whether it is classified as a separate game or a feature is inconsequential to the fact that the right to use CryEngine in its development was specifically granted.  This is very much what Cloud Imperium is arguing in its legal memo, and as Squadron 42 is referred to as both in the contract itself, this seems likely to work (barring the disclosure of a communication that supports Crytek’s position).

Whether this gets dismissed is up in the air.  While these have emerged as the three main potential issues, there are other possible breaches that are either not covered in the motion to dismiss, or cannot be judged based on what has been disclosed alone.  For example, the motion to dismiss does not touch upon the “Bugsmashers” videos, which may indeed be a breach of the contract.  Further, while Cloud Imperium announced that it was switching engines, it is possible that they might have either retained some elements that they should not have, or taken too long to make the switch, creating a legitimate breach of Cloud Imperium’s obligation to credit Crytek on their splash screen.

As mentioned above, this is a developing situation.  Crytek has 14 days to respond, and we do not know what new evidence may be disclosed when they do.  All we can do for the time being is wait and see.

Robert B. Marks is, among many other things, a legal researcher for Bien Law in the area of Kingston, Ontario.

DISCLOSURE:   The author is a former content contributor to The Escapist, owned by Defy Media, which was involved in a dispute (of which he was not involved or privy to its details) against Cloud Imperium Games.