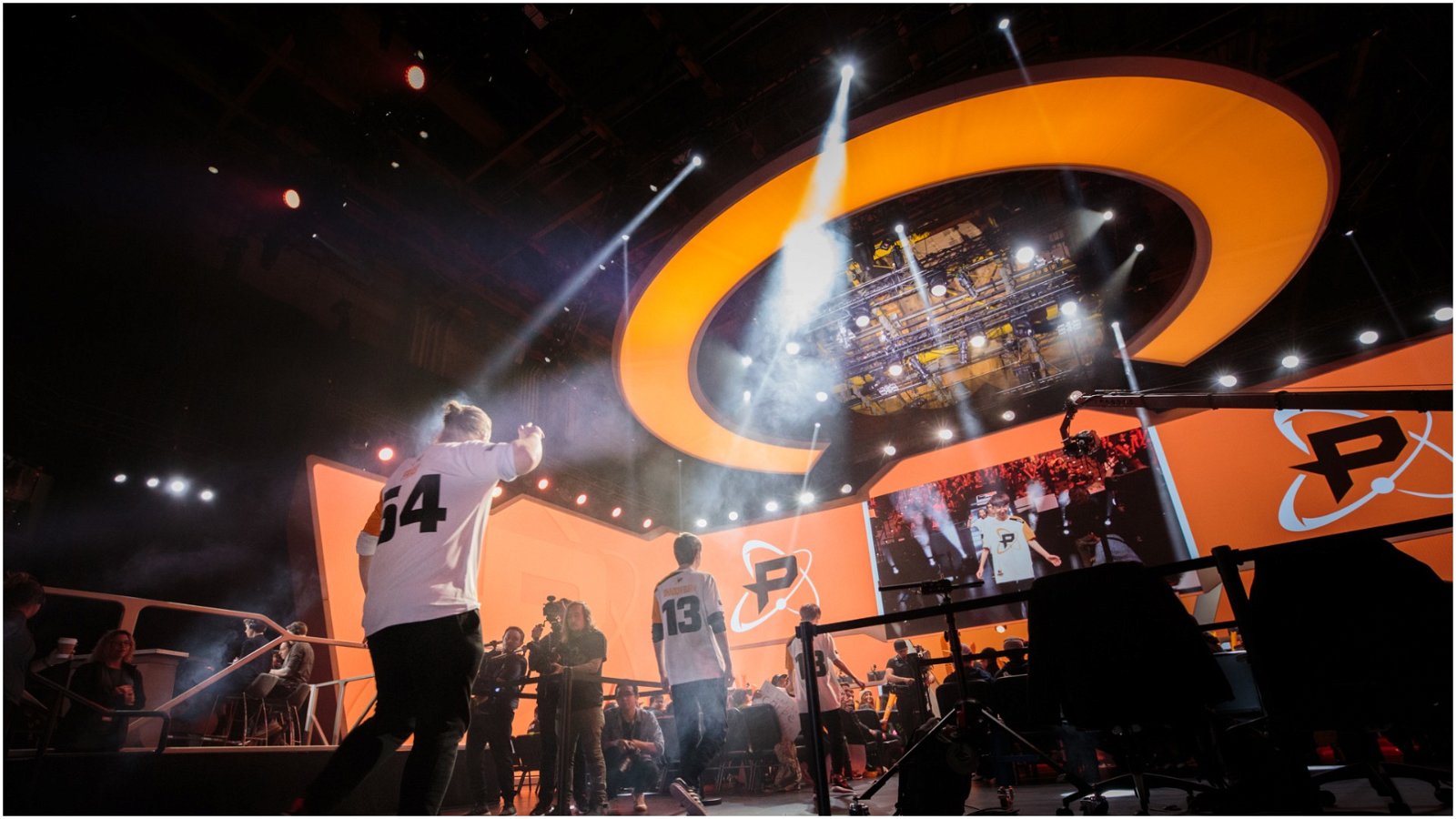 This week the Six Pack dives into some hard truths from around the Overwatch League, some top plays, and a look ahead to week three of competition.

Once again, a Dallas Fuel player is under fire for something he said on stream and once again the comments in question are homophobic. Timo ‘Taimou’ Kettunen, one of the Fuel’s DPS players, used some homophobic slurs on his Twitch stream on January 23rd. The incident was reported by an Overwatch community member and was under investigation until a couple of days ago when Blizzard marked the complaint as ‘resolved’. Fuel spokesperson, Greg Miller, said that the team wasn’t aware of the incident until last Friday so it remains to be seen if they end up taking any action.

Back in January, fellow Dallas Fuel player Felix ‘xQc’ Lenghyen was suspended for the entirety of Stage 1 for homophobic comments aimed at Houston Outlaws player Austin ‘Muma’ Wilmot. Perhaps a reason why Taimou hasn’t been suspended is that he wasn’t aiming his comments at an Overwatch League player specifically during a League game. Taimou has not played a match in Stage 2 of the Overwatch League but was a key member of the team in its 3 win and 7 loss run in Stage 1.

This also isn’t the first time that Taimou is under fire for his behaviour. Back in 2016, he was fined for making lewd comments about a female reporter in a Twitch chat. The video below has explicit language, so viewer discretion is advised.

It’s time to accept that Tracer is simply the most important hero in the Overwatch League.  Being on the cover of the game helps, but in game she is often a match changer, as players use her speed to flank around and kill supports, often ending fights before they begin. Terrence ‘SoOn’ Tarlier showed this week that he is, in fact, a very good Tracer player. He and Valiant went into week two with something to prove and managed to more than impress.

Against the Dallas Fuel, he outplayed his fellow Frenchman, Dylan ‘aKm’ Bignet and showed that he deserves to be regarded as one of the best Tracer players in the world. The moment I want to highlight most happened on Hanamura, with Dallas attacking and SoOn on the defence. He managed to chase off the enemy Mercy, killing her with Tracer’s pulse rifles, and he didn’t stop there. While the rest of the Fuel and Valiant were locked in battle in the top right area of point ‘B’, SoOn went all the way back to the Fuel’s spawn point and waited for Harryhook to re-spawn. He was able to take him out yet again, cutting off the Fuel’s healing and with 20 seconds left in the game, Dallas simply couldn’t rebound in time.

The team’s new coach has had them working on making strategies themselves and while they were sluggish in week one, the new freedom is now paying dividends. Valiant went 2-0 this week and are firmly back in the Stage 2 playoff picture. I’ll admit that I had my doubts about this team heading into this week but SoOn and the Valiant showed that their tinkering is paying off.

While the scorelines in week two were rather lopsided, there were a number of highlight real plays that deserve to be showcased.

What’s the best way to counter Zenyatta’s Transcendence Ultimate? By flinging him off a cliff of course!

Well, that’s one way to handle a Transcendence. @Muma #OWL2018

2. A Most Intriguing Proposal

One thing that the Overwatch League has been missing so far compared to other sports is a mid-game marriage proposal. Thankfully, they’re not missing it anymore. Congrats to @khundley21 and @RikkuRevenge for making history.

While it’s been an extremely trying season for Shanghai with 0 wins and 12 losses, at least they have plays like this to keep them positive. Poor Tracer.

While The Philadelphia Fusion had an okay week two, with a reverse sweep against the surging Houston Outlaws and a 4 to 0 loss at the hands of London Spitfire, one part of their game was extremely surprising: the absence of Josue ‘Eqo’ Corona. In week one of Stage 2, Eqo was easily one of the most dominant in the Overwatch League as he looked simply unstoppable on his chosen character of Genji. He also flew under the radar as he was technically allowed to compete in Stage 1 but was never given the chance.

It’s worth noting that Eqo didn’t play a single map in Stage 1 even though he was of age and technically eligible to play. The Fusion also possess two stellar DPS players in Carpe and Shadowburn so it is understandable why they would get some starts over the younger and less experienced Eqo. However, last week’s absence was not the result of the team choosing not to play Eqo, but instead something far more sinister. Eqo was stricken by the dastardly evil known as sickness! Here’s hoping that he can overcome this foe soon so he can get back to making plays like this.

5) Playoff Picture: Stage 2 and Beyond

By the end of this upcoming week, we will be more than halfway through Stage 2 of The Overwatch League. As a result, it’s good time to take a look at the standings and see how the teams are shaping up going into week three. At the top of the league, we have all three full roster Korean teams in the NYXL, Seoul Dynasty, and London Spitfire. All three teams sport the highest map differential as well, although Seoul is only 3 points higher than the L.A. Valiant who is looking like a resurgent team. Near the front, the Valiant, Houston Outlaws, and Philadelphia Fusion are all set to do some damage going forward in Stage 2 and should give the Korean teams a run for their money.

In the middle of the pack, the Boston Uprising are struggling to regain their form from Stage 1 and have looked downright dreadful in Stage 2. The Los Angeles Gladiators and Dallas Fuel, on the other hand, are off to much better starts in Stage 1 after disappointing results in Stage 1. Finally, at the bottom, the San Francisco Shock continue to play well but have been unable to make clutch plays when they’re needed. As for the Shanghai Dragons and Florida Mayhem, well, they just can’t seem to get anything going.

This week features a number of exciting matchups like the league-leading NYXL taking on the Philidelphia Fusion, and the San Francisco Shock looking to win their first Stage 2 match against the Dallas Fuel. If Philidelphia can rebound from their loss to the London Spitfire and win one or both of their matches this week, then they could very well vault into the frontline of Stage 2 playoff contention. Part of me is hopeful that the 0 win and 12 loss Shanghai Dragons can finally win their first game, but to be fair I’ve been hoping for that since the beginning of Stage 1. That being said, one of their matches this week is against the downtrodden Boston Uprising, so the Dragons have a chance to finally wake up.

While there are a number of exciting games coming up this week in The Overwatch League, none features as much fanfare as the Battle of L.A. The Overwatch League’s first season is taking place exclusively in Los Angeles at the Blizzard arena. As a result, The L.A. Gladiators and L.A. Valiant receive the most fan support of any teams when it comes to the live, in-stadium matches. Their first game back in Stage 1 was one of the best that we’ve seen in the Overwatch League so far as it was a back and forth game that went the full distance.

The Gladiators took a commanding 2-0 lead into halftime and looked rather confident doing so, but the Valiant refused to quit. They ended up winning the next two matches, setting up a tiebreaking match on Lijiang Tower. The Valiant took round one as Hydration failed to make his Barrage work, but The Gladiators made great use of SureFour’s Graviton Surge to take round two and tie the series. In the final round, Valiant managed to hold strong and complete the reverse sweep and win the first-ever Battle of L.A.

This week, The Valiant want to win this game and keep their momentum going while the Gladiators are trying to turn their season around and prove that they can compete with the top teams in the league. The match takes place tonight at 11 pm EST and promises to be an exciting one, regardless of which team you’re cheering for. As for my prediction, I see the Gladiators surprising the Valiant and taking this one by a score of 3 to 1.

What game are you most looking forward to this week? And what do you think of The Overwatch League’s 2nd Stage so far? Let us know in the comments below!

Liked this article and want to read more like it? Check out our look at The New Meta and More and the best moments from Stage 1 of The Overwatch League.