The Next Hearthstone Expansion Is Called The Witchwood 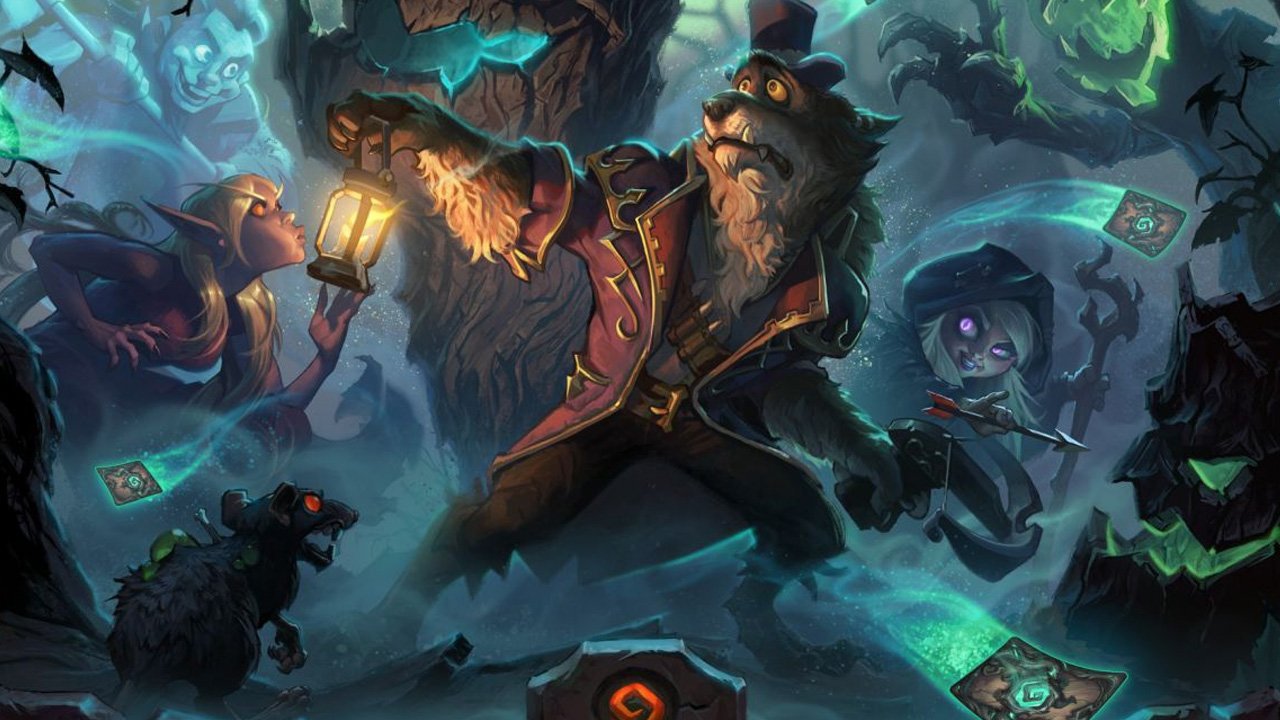 Much like the single-player mode Dungeon Run from the 2017 Hearthstone expansion Kobolds & Catacombs, Monster Hunt will pit players against a series of bosses and reward players with select groupings of cards to further build your Monster Hunt deck. This mode will become available two weeks after The Witchwood launches. (Blizzard has not yet announced a launch date for the expansion, though previous spring expansions have launched in April.)

While it’s unclear whether this new mode will make use of the Dungeon Run’s procedurally generated dungeon-building systems, Hearthstone’s Lead Missions Designer Dave Kosak hinted at revisiting the format in an interview with Gaming Trend last month.

"That type of gameplay was very cool, and players really seemed to like it. So I would not be surprised if future expansions, where it makes sense, there’s something like Dungeon Run comes in and maybe plays a little differently… because we really like how it played out, and now we’ve built the tech to do that, so we’re going to want to make use of that."

Like every expansion before it, The Witchwood’s collection of cards will come with its own new set of mechanics. Cards that read “Echo” can be played multiple times in the same turn. This means that, if a player has a 3-mana Echo minion on turn 9, that card can be played a total of three times.

“Rush” minions function much like Charge minions in that they can attack immediately after being summoned, but can only attack other minions.

Some cards in The Witchwood will incentivize players to build decks using only odd- or even-cost cards. At the start of the game, Genn Greymane—a neutral Legendary minion with 6/5 and costing 6 mana—will grant even-cost decks by decreasing the player’s Hero Power to 1-mana instead of the standard 2. Baku the Mooneater—Legendary minion, 7/8, 9-mana cost— rewards odd-cost decks with an upgraded Hero Power (Blizzard did not offer specifics on upgraded Hero Powers, though this may function like a previous Legendary, Justicar Trueheart).

Like in the two most recent Hearthstone expansions, players who log into Hearthstone once The Witchwood has launched will be gifted one free random-class Legendary card from the expansion, as well as three Witchwood card packs. Players can pre-purchase 70-pack bundle for $49.99, which will also include an exclusive "In a Dark Wood" card back (the base in-game card bundle grants players 40 packs for the same amount).

Earlier this year, Blizzard announced changes being made to Hearthstone's Standard mode once the previously unannounced Witchwood expansion launched, including the retirement of Classic cards like Ice Block, Molten Giant, and Coldlight Oracle. This year's Standard rotation, entitled The Year of the Raven, will also see the end of all cards from 2016 expansions (Whispers of the Old Gods, One Night in Karazhan, and Mean Streets of Gadgetzan). All of these cards will still be playable in Wild formats.

Liked this article and want to read more like it? Check out  Zubi Khan's Blizzard Gamescom 2017 Rundown!