God of War Preview: This Dad Packs a Punch 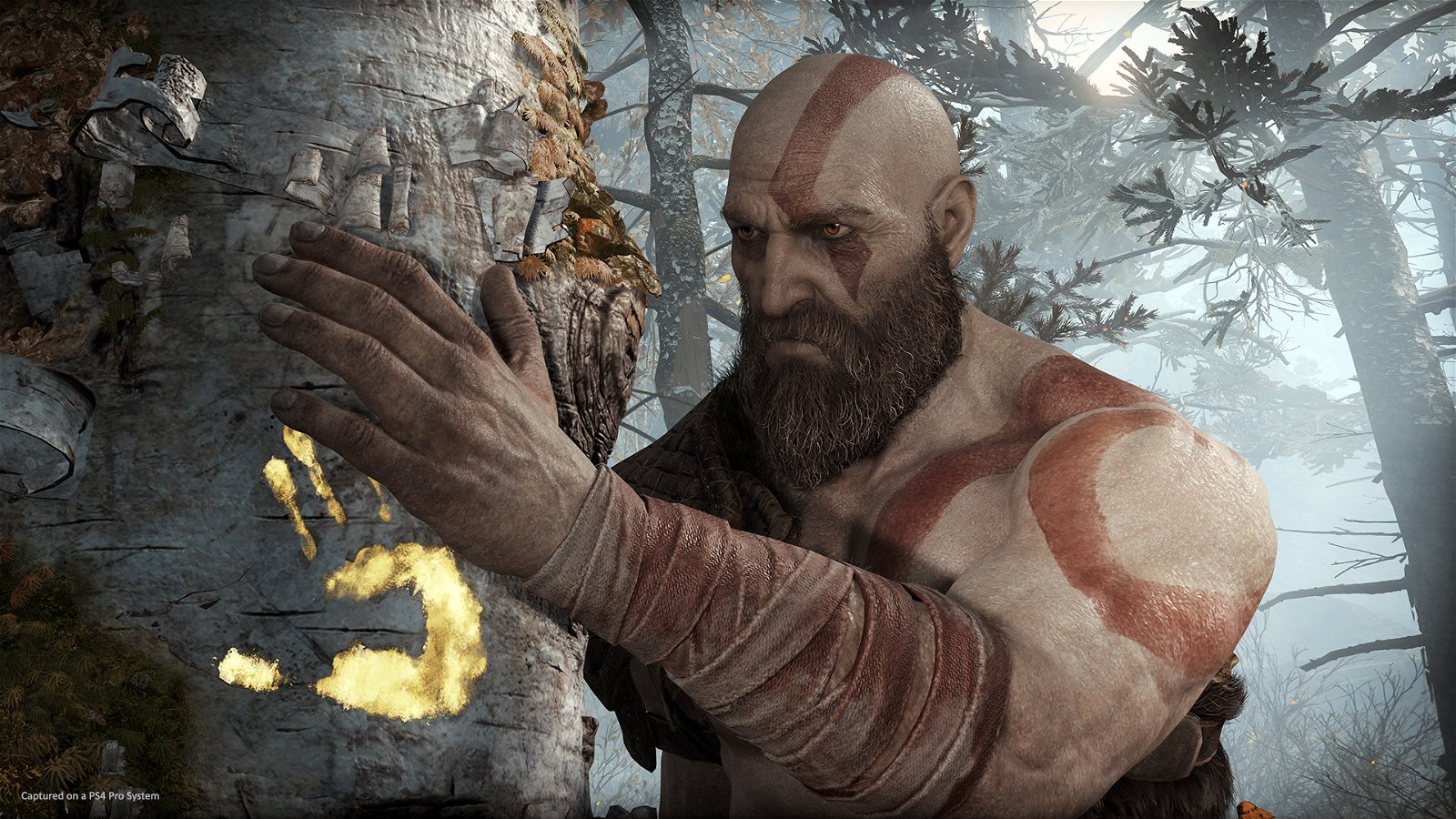 Launching in 2005, God of War cemented it’s self as a landmark title for the PlayStation and Sony Santa Monica. It brought fast passed action, blockbuster style set pieces, and introduced the world to The Ghost of Sparta himself, Kratos. Now over 13 years later, and the studio is at it again. God of War is back, bigger, more graphically impressive, and finally, with a mature story that speaks to the the modern, mature gamer. While we only managed to play around the first 2.5 hours of the experience, we managed to get a good taste on what players should expect when they fire up the game in late April.

God of War has always been about scope, scale, Gods, and killing. While this is still true with God of War for the PS4, Sony Santa Monica has pushed Kratos to grow up. While he is still angry, vengeful, and nearly indestructible, he now, due to the death of his wife, must take care of their child Atreus. This young boy stands as an emotional anchor for the game. Their relationship paints Kratos as more than a killer, crafts a powerful story that gives reason to the killing, and makes for one of the more powerful emotional games on the PS4, and that is saying something for a God of War game.

The story of this installment, much like past games, starts with death, although this time in a much more subdued tone. Kratos is cutting down the logs for his wife’s funeral pyre, and as you take down the tree, you can see the pain, loss and confusion in Kratos’s eyes. This is a different man than the previous games. The events of those games and the life he has lived since have changed him. While he is far from soft, it is obvious, even in the first few minutes, that he has mellowed out in his old age, and yearns for a quieter existence.

It is where Kratos deals with his son that things get really interesting. Previous games had Kratos converse and deal with characters, but this is the first time Kratos must care for another person throughout the full experience. It is a dynamic that although odd in a God of War title, fits this game and the story they are looking to tell. This is a new Kratos, one that can no longer let pure rage guide his every action.

Throughout the 2.5 hours, the relationship between Kratos and his son Atreus is at the forefront. It’s what drives this now broken man, and his new reason to fight. The subtle cues to their relationship are scattered throughout the experience. From the way Kratos talks to Atreus and the constant tension between the two, to how Kratos cannot find the appropriate way to comfort his son. The team at Sony Santa Monica has built a game that pushes beyond typical blockbuster titles and is offering playing something deeper.

This concept is put on full display as you move into your first major boss fight of the early game. After you kill the troll that has been shown off in many of the trailers and screenshots, Kratos will come face to face with his first Norse God. Covered in runic tattoos, this stranger taunts Kratos, pushing him into a fight, threatening all Kratos holds dear.

It is at this point of the game that God of War shows just how exciting it can be. The set piece battle has Kratos and the Stranger (Possibly Loki in human form, judging from the many hints throughout their discourse) trading blows, ripping the very earth apart with their fight. The battle not only shows the lengths Kratos will go to defend his family but also puts on full display what the team at Sony Santa Monica can do with the power of the PS4 at their disposal. From the frantic fast-paced battle to the way to world breaks around them, God of War is one of the most impressive games on the PS4 to date. This visual fidelity helps not only tell an epic story but also allows Kratos and his struggle to feel real and heartbreaking.

The visuals on display are as epic as one would hope from a God of War title. The vistas as breathtaking, the landscape is diverse and lush, and finally, the God of War series moves away from the brown colour pallet it is so well known for. The snow-covered forests and mountains act as a stark contrast to the landscape of the previous game of desert and greco-roman temples. It works to ground the story in a believable place and time.

Even as the game progresses, and Kratos must face the inevitable disposable enemy and traps the series is known for, God of War manages to keep the colours diverse as well as keep the screen filled with exciting elements to look at. God of War has always managed to be a showcase of the power of what the PlayStation can do, and this instalment is no different. Beyond Uncharted, God of War is one of the most stunning games I have seen on the PS4 to date.

This is all fitting as God of War has finally moved away from Greece and that Pantheon, for a more snow-covered forest setting. Set somewhere in Scandinavia, Kratos is now must butt heads with the Nordic gods. Odin, Loki and their ilk are a much different type of force than Kratos has come up against. Their power and the lust for battle sits at the core of the pantheon, and as such, will be a much different experience then has been seen in the past. From what has been shown of the opening minutes of the game, battles will be visceral, brutal and bloody, a fitting style for the older, arguably wiser Ghost of Sparta.

All these elements would be wasted if the gameplay lost that special charm that made the God of War franchise so enjoyable to play. Thankfully, although different, the controls and gameplay are just as engaging. They have evolved with everything else. The new camera angle emphasizes the more close combat nature to the game. Kratos, no longer relying on the Chains of Olympus, now uses the Leviathan Axe, a mighty axe that cleaves though most low-level enemies in a few hits. In typical God of War fashion, the axe can be upgraded, as can most of the core skills of Kratos. The game manages that fine balance of keeping things that work while pushing the new to build an engaging, exciting experience, and honestly, they hit the balance perfectly.

The controls now utilize the bumpers and triggers for your light and heavy attacks respectively. The game now calls on the face buttons to for basic actions, along with the new ability to have Atreus fire arrows at enemies. In practice, it was an interesting new addition to the game. It allows for some fun combos, and despite it being a new way to play a God of War game, felt oddly fitting for the new battle style and way the game is structured. It all works well and it is on full display just how much attention went into every element of this instalment and that every design choice was a purposeful one.

While we only had time to experience the early section of the game, from what we have seen God of War is looking impressive. I have always been a fan of the series, and I was sceptical of the changes, but after spending time with the game, and seeing how everything works, my excitement is reinvigorated. Every aspect of the game proves that God of War has grown up with its fans and it is better for it. The game is slated to hit stores and digital on April 20, 2018, exclusively on the PlayStation 4.