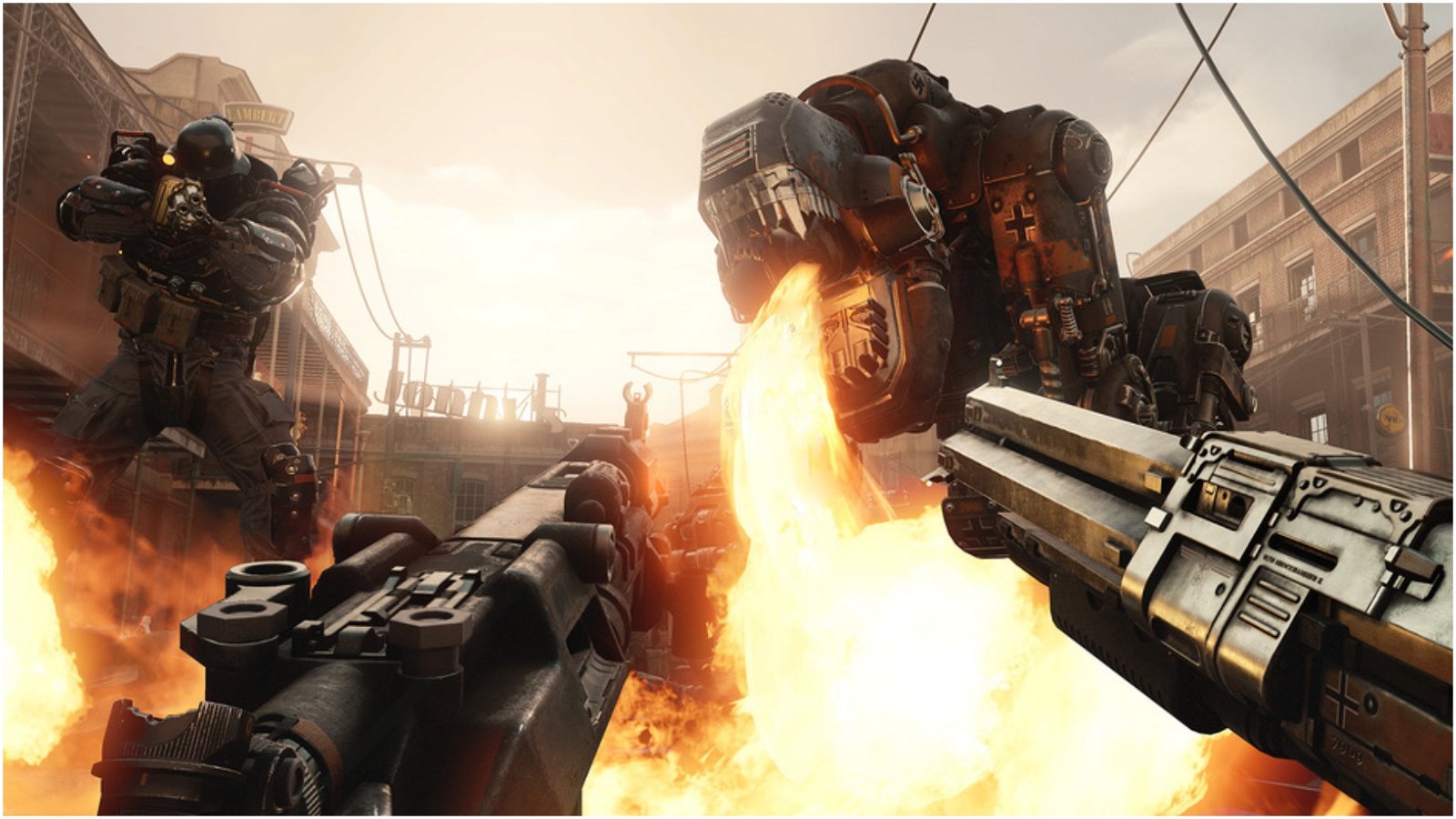 Fans of fighting Nazis with B.J. Blazkowicz on the go, rejoice, as Wolfenstein II is officially coming to Nintendo Switch on June 19th of this year.

Bethesda announced the news in a tweet, alongside a new trailer that shows off the Nintendo Switch version of the game. They also revealed that the game will retail for $60 USD and include motion control capabilities. The port was originally announced during last September’s Nintendo Direct and today’s trailer marks the first time we’ve seen the game running on the Nintendo Switch.

Wolfenstein II is the sequel to Wolfenstein: The New Order and takes place in a universe in which the Axis Powers won World War II. In the game, you control William ‘B.J.’ Blazkowicz a resistance leader who is trying to free the world from Nazi clutches.

Wolfenstein II was originally released in September of last year on PlayStation 4, Xbox One and PC. It received rave reviews across the industry and currently sits at an 87 average on review aggregate site Metacritic.

Liked this article and want to read more like it? Check out Brendan Quinn’s review of Wolfenstein II: The New Colossus and our interview with Wolfenstein II’s Game Director.