Cyberpunk 2077 is the Gibson-esk RPG we Have Always Wanted 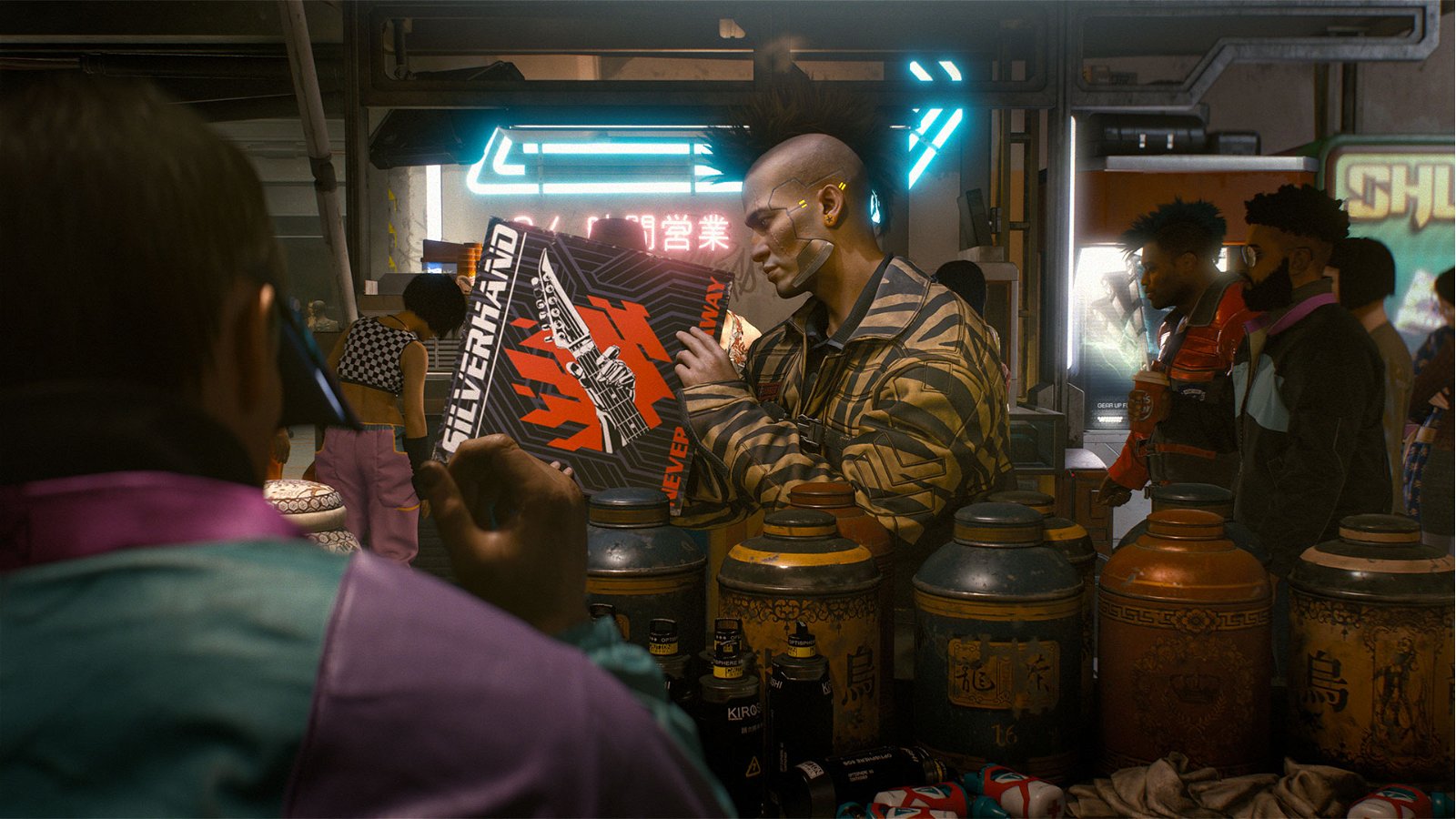 Every year there is one game that dominates the dialogue around E3. A title that makes journalists and developers stop just to talk how “game-changing” it really is. This mantle has been held by many games during my time going to the show: The Witcher 3, Star Wars 1313, and now Cyberpunk 2077, the new futuristic action RPG from CD Projekt Red (CDPR).

It is astounding to think that this visual first-person spectacle is made by the same studio that brought us The Witcher. Aside from the jaw-dropping, graphic aesthetics, you would be hard-pressed to see aspects of The Witcher in Cyberpunk 2077. The game is firmly planted in the cyberpunk fiction of the past, from authors like William Gibson and Philip K. Dick. From the first minute, this visual and narrative inspiration is on full display, whether that be the characters that inhabit the world or the dystopian future in which they exist.

From the first minute of the near hour-long demo, it was clear that Cyberpunk 2077 was built to target an adult demographic. The nudity and brutal gun based violence all the way to the profanity-laden dialogue show that this is a game crafted for the mature player. It goes much further than the fantasy world of The Witcher and clearly lays its adult cards on the table for all to see—and that works for the universe. Cyberpunk, for me at least, has always been a fiction built for adults. It points to technology taking society too far off the path and demonstrates how everything can go wrong. Much like Blade Runner, Neuromancer, or even Akira, the raw nature of the narrative and visuals help capture the unsettling place and time.

The demo followed V, a weapon-loving, augmented gun for hire currently living in Night City in the Free State of California. We follow her as she attempts to make the “score” that will set her on the road to the big time within the underground of this brutal, crime-ridden city. While the game lets you select gender, stats, and all basic aspects of the protagonist, for the demo we went with a basic female character—although you can choose to be a man should you so wish. Also, unlike other RPGs, you do not pick a set class as the game will allow you to build your stats as you play, ensuring you set things up to best fit your style of play.

The demo starts with V on a for-hire gig to rescue a VIP from augment harvesters. V walks down the hallways of the dilapidated apartment complex with her partner Frankie as they work their way towards saving the target. This is where we first get to see the kinetic shooting that separates Cyberpunk 2077 from CD Projekt’s previous titles. This is CDPR’s first shooter, and at least from the demo, it looked flawless. The action and twitch gunplay looked as good as some of the best shooters in the genre. Now it is hard to say without getting hands-on time with the game, but at least from looking at the dev playing, the team has taken on the challenge and run with it.

It should be noted that although this is now a first-person game that utilizes guns and action, under the surface it is still using an RPG system for hits, attack power, and the ability to take down enemies. While there was no V.A.T.S. system as is seen in Fallout, Cyberpunk does give the ability to slow time by using an in-game drug akin to bullet time in The Matrix. While fun to watch, and extremely high on the “Cool Meter” it also looked necessary for many of the more difficult segments in the game.

Jumping back into the demo, V and company have recused the VIP from being harvested, passing her off to the security health services and spending their earnings on the pleasures of life. It is here in the demo the rep from CDPR assured us once again that this is a game built for adults, as we see V in bed with an anonymous man, clearly there just for her pleasure. It is also at this time V gets the call that sets into motion the major segment of the demo, the “big break” if you will.

As V leaves her apartment complex, the room of onlookers finally got a taste of what makes Cyberpunk 2077 so special: the world of Night City. As the player walks through the streets the sheer number of people all interacting and reacting with V’s presence was staggering. Given it was a press demo, it’s hard to say what was reacting in real-time and what was staged just for the presentation, but as it stands, it could have been a scene out of a high budget CGI movie, and the concept of this level of on-screen detail in a video game is mind-blowing.

At first glance, Cyberpunk 2077 is quite the experience, with branching paths, side quests, and player choices. Even in the short demo, CDPR outlined many of the paths the player could go down, each offering different ways to tackle the same problem. From guns blazing to working with other factions, Cyberpunk 2077 gives you the tools to play the game your way.

The person walking the audience through the segment made it clear this is only one possible outcome, and when you get your hands on the game you could do it countless ways, all with various levels of risk and reward. It felt akin to Deus Ex from the 90s only with a level of polish and attention to detail that is simply jaw-dropping.

Since this is a world of the future, you will need to jump in a futuristic car to get around. This was a segment that allowed the player to step outside the first-person perspective and explore a 3rd person camera angle. It is also here in the demo that CDPR demoed some of the random encounters the player will experience. As you drive down the road, a group of thugs pull up beside you and try and take you out. It is only with the help of your guns, quick wit, and skill that ensures you come out on top. It is this type of emergent gameplay that makes Cyberpunk 2077 so intriguing. There are many cogs at work behind the scenes, and if they all play out as well as this demo depicts, CDPR has a winner on their hands.

The final segment of the demo has V and her partner working their way towards capturing a military grade weapon. Jumping to the local augment doctor, V gets some upgrades that ensure she is ready for the mission. New eyes and a hand implant are on the menu today, giving her the tools needed to take on her final series of obstacles for the demo. It is also here CDPR show how the UI will work in the game. Having it as a part of your implants give a reason for the non-diegetic information, such as ammo, etc., along with the ability to zoom in on targets. Much like any RPG it feels as if this will be a vital part of gameplay, so it is good to see the team put so much care into how it all plays out. It will be interesting to see if this segment of the game changes as you progress or if each visit the doctor will feel the same.

Jumping to the final segment of the demo, V is finally face-to-face with the faction she must take out. CDPR showed some late-game augmentations such as arm blades, higher level armaments, and skills. While it is hard to say how all these elements will play out in the final product, what was shown gives a good vertical slice of how your character will evolve, and also how enemies will progress as you work your way through Cyberpunk 2077.

As with any blockbuster new title shown off at E3, there are many questions that will need to be answered before launch. What systems will the game be built for, when will it be released, how much of the demo is already in place, and how will all these elements work in the final product? Even with this in mind Cyberpunk 2077 shows great potential, and CDPR has shown that they have the team to build games on this scale. If they can deliver on the promise of this E3 demo, Cyberpunk 2077 could be a landmark title for the industry and will cement CD Projekt Red as one of the leading AAA development studios.