Heroes of the Storm: Dreadlord Mal’Ganis Descends Upon The Nexus

Mal’Ganis made it to the water! 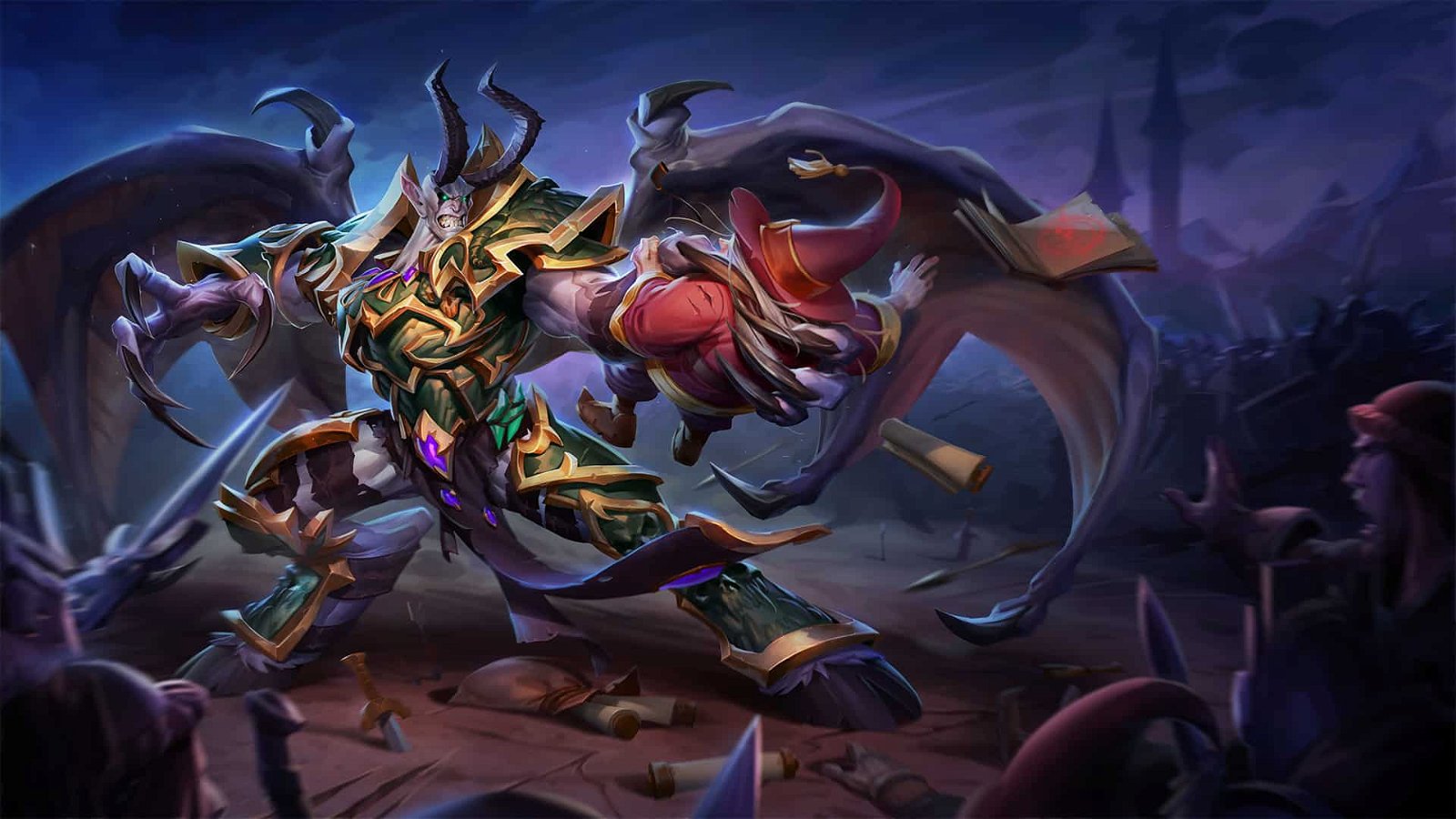 Infamous for manipulating Arthas to become the Lich King’s champion in World of Warcraft, Mal’Ganis is the newest character to enter the Heroes of the Storm Nexus.

Mal’Ganis is a Melee Warrior whose strengths include sustained damage, survivability, and crowd control. His trait, Vampiric Touch, showcases this, as it heals him for a percentage of the damage he deals. He deals more damage against other heroes as opposed to non-heroes.

As for his Q ability, Fel Claws, Mal’Ganis dashes in a chosen direction to deal damage. This attack can be used two more times, with the third slash stunning his enemies.

Necrotic Embrace is his W ability, which allows him to deal damage to nearby enemies and gain armour for a few seconds. This burst of shadow magic lets him do an area of effect attack, as well as help him with his survivability. When faced with multiple enemy heroes, Necrotic Embrace, combined with Fel Claws, can significantly heal him.

Mal’Ganis’ E ability is Night Rush, and while it’s active, he can move through enemy heroes and put them to sleep. This crowd control ability can be used in combination with Fel Claws after its third slash or even used to flank enemy heroes.

The dreadlord’s first heroic ability is Carrion Swarm, which turns him into an invulnerable swarm of bats to deal damage over time. Combined with his Vampiric Touch trait, Mal’Ganis can be healed for the damage he’s dealt to enemy heroes. His other R ability is Dark Conversion, which lets him swamp health percentages with a target enemy hero. When used effectively, Mal’Ganis can save himself and set up his enemy for an easy kill.

Alongside his punishing abilities, he has multiple voice lines that reference his World of Warcraft lore. Notably, he interacts with characters like Gul’dan, Whitemane of the Scarlet Crusade, and, of course, Arthas himself.

Mal’Ganis can now be played in the Heroes of the Storm public test realm.

File Under: Blizzard Entertainment, Heroes of the Storm