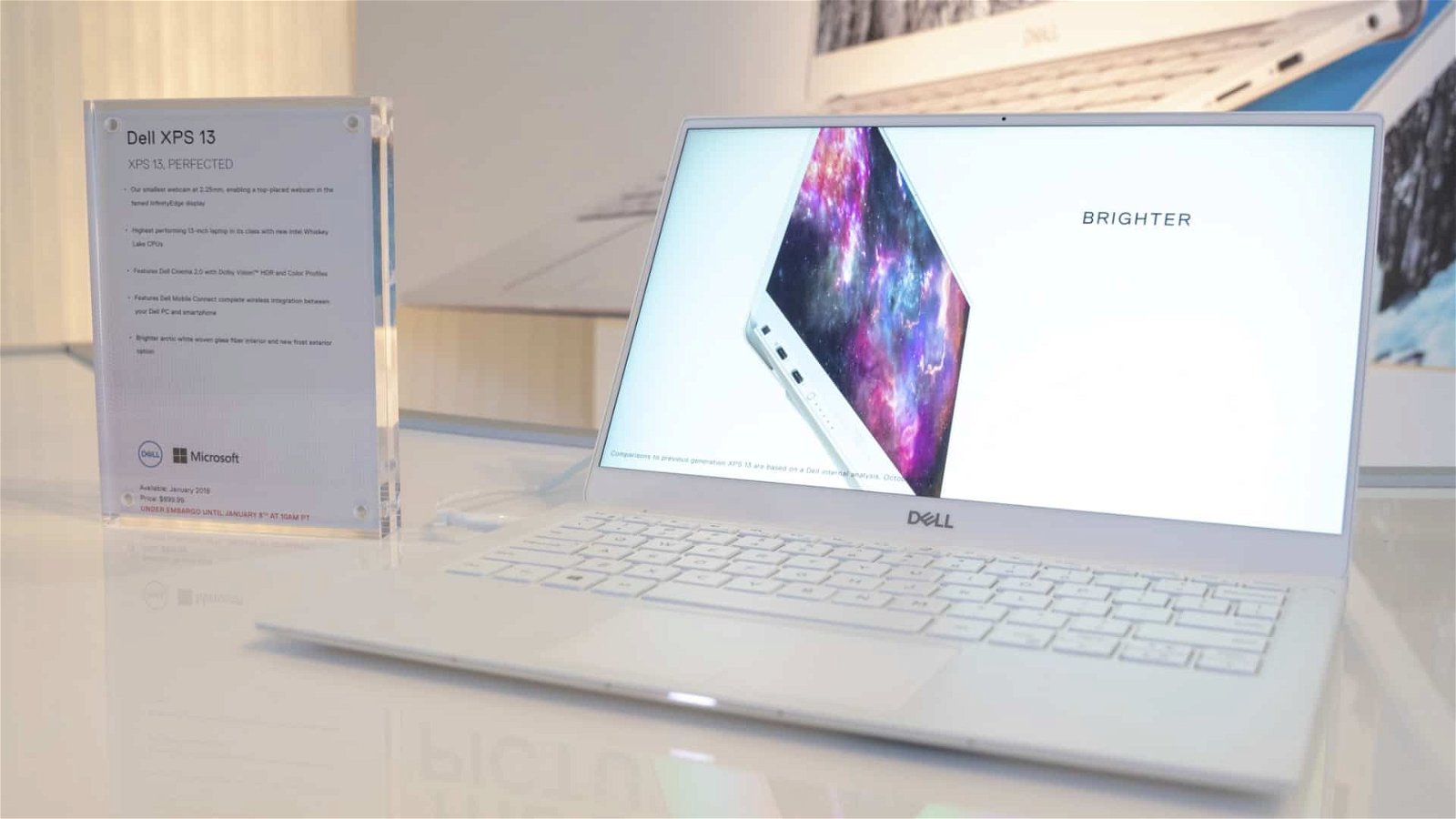 Taking the stage at CES this year, Dell unveiled its new slate of devices and product upgrades, including by the world’s smallest 14″ 2-in-1 device.

The device in question is the newest iteration of Dell’s Latitude 7400, and it clocks in at 25 per cent smaller than its predecessor. It’s the first PC to utilize a proximity sensor powered by Intel’s Context Sensing Technology, which on top of standard facial recognition also senses and when a user has walked away from their device. Dell also revealed that the device’s battery is able to run for 24 hours on a single charge and that it can be charged back up to 80 per cent in an hour.

Continuing on the upgrade front, Dell showed off a slightly altered version of their XPS 13 which solves the biggest problem with the previous model, it’s webcam placement. The old XPS 13 had the webcam located just above the keyboard, making it rather awkward and unflattering, whereas the new model has it positioned snuggly on the top of the screen. The device will be available in February and will retail for $899.99 USD.

Dell Cinema is also getting a couple of upgrades in the form of Cinema Colour 2.0 and Cinema Sound 2.0. Cinema Colour 2.0 is enhanced by Dolby Vision and adds a more vivid picture experience with deeper, richer colours. On the sound side, Cinema Sound 2.0 utilizes Waves MaxxAudio NX, which tracks users head movement and provides audio enhancement. Speaking on the announcements, Dell President of Client Solutions, Sam Burd stressed the importance of starting the new year strongly.

“CES is the first show of the year, and with January often marked by ambitious resolutions, Dell comes to CES with new products that empower people to fulfil their highest potential. We’re driving innovation and delivering devices and experiences to make work and play more fluid and enjoyable.”

CES takes place at the Las Vegas Convention Centre in Nevada and runs from today January 11th. Stay tuned to CGMagazine for all the big announcements and moments from the conference as they unfold.