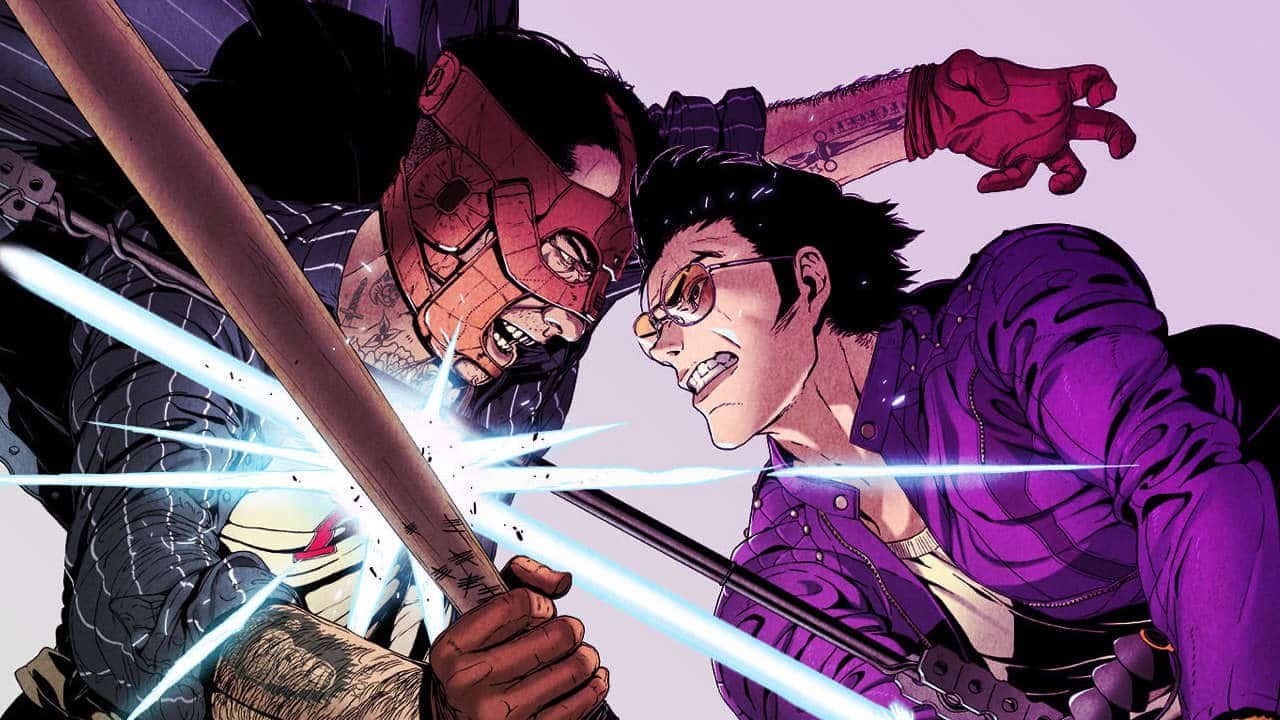 Travis Strikes Again, the No More Heroes spinoff that launched in January as a Nintendo Switch exclusive is back with a vengeance on PlayStation 4 and PC.

This news comes courtesy of game director Suda51 at the Atlanta Momocon 2019 event last weekend. Looking ahead, Suda51 has hinted that there might be more No More Heroes news coming at E3 in June. The ending to Travis Strikes Again very strongly suggested that a new No More Heroes game was in the works. When asked by Siliconera about the ending, Suda replied with a laugh: “I wonder what that was myself. It might be Travis messing around. [Laughs] I hope around E3 time I’ll have something cool to announce.”

The No More Heroes series started with 2007’s No More Heroes for Nintendo Wii, followed by No More Heroes 2: Desperate Struggle in 2010. Travis Strikes Again takes place seven years after the events of No More Heroes 2. In its latest non-conventional storyline, Travis Touchdown finds himself stuck in a haunted game video console called the Death Drive Mk-II. Alongside grieving villain Badman, Travis must fight his way out of the Death Drive’s six different games hack-and-slash style. The game offers co-operative play between the two anti-heroes, with a couple more characters available as DLC.

We don’t know when Travis Strikes Again will launch on PS4 and PC, what differences there may be compared to the Switch edition, or if it’ll also release on Xbox One. Developer Grasshopper Manufacture says it will announce more details in the future.