Devolver Digital Ushers in E3 in the Most Ridiculous Way Possible 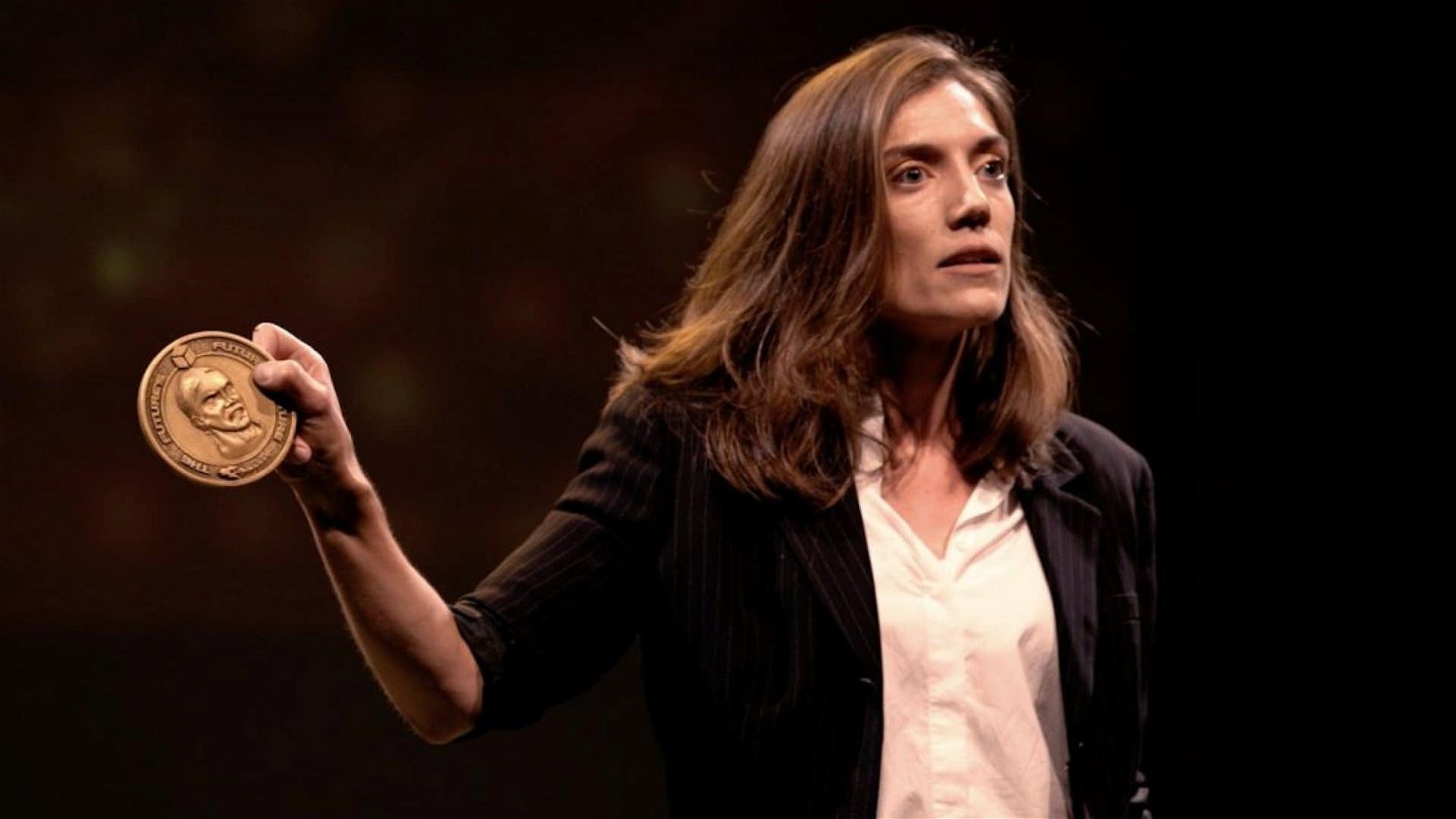 Devolver Digital has returned with another crazy cinematic conference. This time, they’re mocking Sony and EA copying Nintendo’s news release structure and pulling out of E3 by introducing the Devolver Direct. New game announcements are beamed directly into a catatonic Nina Struthers’ brain whenever Devolver wants to make them – which has some unfortunate side effects. You can check out the story elements for yourself. In the meantime, some game news happened! …I think.

Leading the charge is Media Tonic’s Fall Guys: Ultimate Knockout for PlayStation 4 and PC. This is a colourful online multiplayer game, possibly a platformer battle royale, in which players guide little guys through obstacle courses. More details will be emerging from the game’s official Twitter account.

Next up, Devolver introduced Devolver Bootleg, an 8-in-1 game pack that takes the form of a grey market launcher (downloadable from Steam for a small price, of course) that rips off Devolver’s own games. Games in the pack include: Enter the Gun Dungeon, Hotline Milwaukee, Ape Out Jr., Super Absolver Mini: Turbo Fighting Championship, and Catsylvania. For a limited time, it’s available for… 1% off. Of $5.69 CAN.

Everything about this is perfect.

Returning to the realm of games that AREN’T elaborate parodies, we have the action-platformer Carrion. Serving as a reverse horror experience, you play as the otherworldly tentacle monster rampaging through a facility. Grow bigger and eat people to achieve your grim, monstrous goals. It’s coming to PC and undisclosed consoles in 2020.

And back to the real fake games! After everything they’ve thrown at us, Devolver had the gall to premier the Enter the Gungeon: House of the Gundead arcade cabinet. It’s first person, supporting up to two players with arcade-typical light gun controllers. It will apparently be coming to “local arcades” in early 2020.

Touching down in reality after our epic adventure through the arcade-verse, we can treat ourselves to a ninja vacation in the free The Messenger: Picnic Panic expansion. New levels, bosses and music tracks will be available for all to enjoy when it drops on July 11th for PC, Nintendo Switch, and PS4.

Rounding out the news section is a new gameplay preview for the 2.5D parkour shooter My Friend Pedro. It’s launching June 20th on PC and Switch. The conference trailer is a little different than the one below, but I’ll leave you to check it out yourself.

There were flashes of other games after that, but I couldn’t tell what they were, or if they were even real. The conference ended with a teaser for the next conference, and a (mostly) genuine credits roll. Never change Devolver, never change.

And afterwards, the nonsensical Pre-Pre-Show also returned to announce and preview even more games than those listed here. If you’re reading this article the night of the conference, it should still be live, as it runs for a little over 12 hours. Just be warned: it’s improvised, and very, very silly.