The Legend of Zelda: Breath of the Wild Sequel, Luigi's Mans 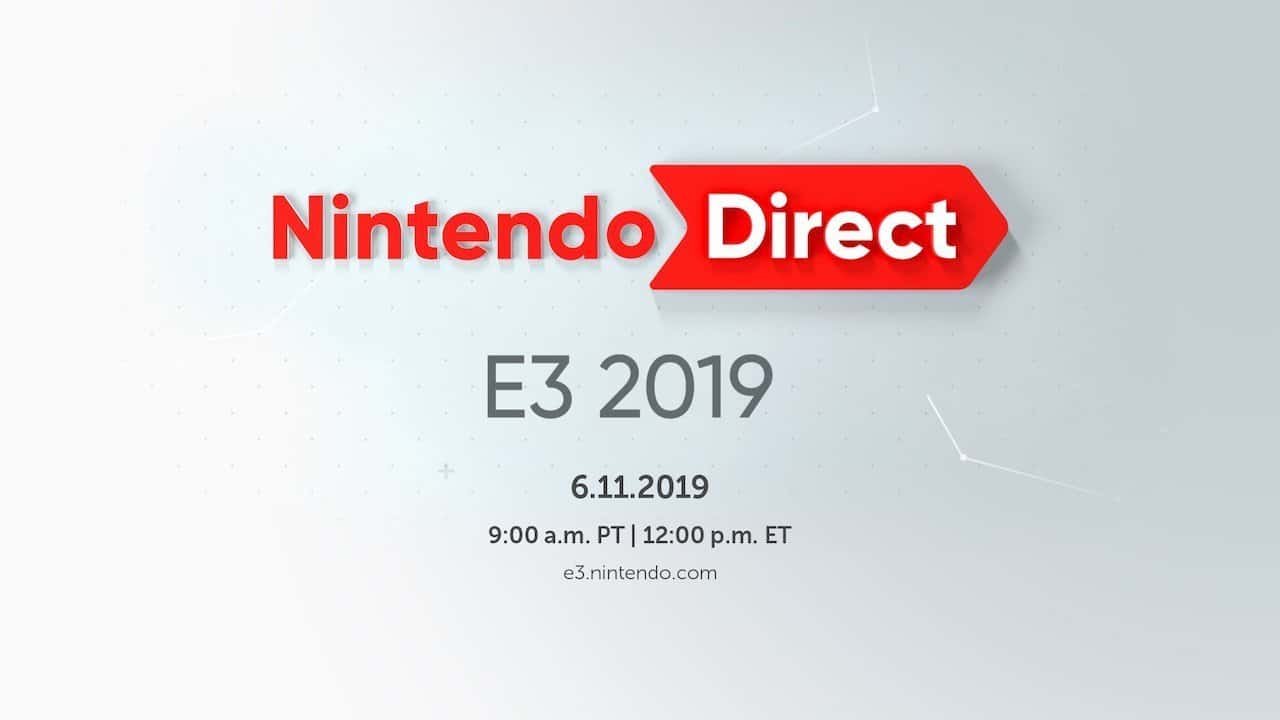 As the crowd of eager attendees prepares to storm the LA convention centre for the first day of E3, Nintendo was at the ready as well with their latest Direct. It’s been six years since Nintendo started their online press conferences and this one is sure to go down in the history books as one of the best yet. From new reveals to exciting gameplay trailers, Nintendo Switch players worldwide couldn’t be happier with the sheer amount of first and third-party titles they’ll get to experience over the course of this holiday season.

Right from the beginning of the Direct, Nintendo pulled no punches by revealing the next fighter to be joining the massive roster of Super Smash Bros. Ultimate to be “The Hero” from Dragon Quest. Featuring alternate costumes for Heroes from Dragon Quest XI, VIII, IV and III, players can get their hands on this impressive new combatant this summer.

Dragon Quest XI S: Echoes of an Elusive Age followed the reveal of the new fighter with another trailer of the latest RPG. Prepare to experience the journey on Switch when it releases on September 27th

After that, Yoshiaki Koizumi ushered in Nintendo of America’s new CO, Doug Bowser, in his first Direct appearance yet. The new duo unveiled a new trailer for Luigi’s Mansion 3. Compared to the previous games in the franchise, Luigi’s Mansion 3 appears to be adding some much needed depth to the gameplay, showing off a number of new functions and gadgets for Luigi to use in his quest to capture the ghosts hidden within . Perhaps the biggest reveal is the addition of both local and online co-op modes, allowing players to hunt ghosts with the safety of others.

I’m sure the crowds were excited to see the latest gameplay trailer for the upcoming remake of The Legend of Zelda: Link’s Awakening. One of the new features shown off is that players will be able to design and run through their own dungeons. This new remake is set for release on September 20th, 2019.

After their impressive conference from last night it was revealed a new Square Enix would be hitting the Switch in the form of Trials of Mana. The global release will be available sometime during the first quarter of 2020. However, fans of the Mana series will also be able to get their hands on the Collection of Mana will be later today on the Nintendo E-Shop if they want to revisit these RPG classics.

I didn’t believe it was possible, but The Witcher 3: Wild Hunt is headed to Nintendo’s hybrid console in 2019.

Fire Emblem: Three Houses was the next game up to bat, showcasing a brand new cinematic story trailer. Players can get their hands on the next game in the highly-acclaimed tactics RPG on July 26th.

If players completed the campaign of No More Heroes: Travis Strikes Back, then it comes as no surprise that No More Heroes III would make it’s grand debut during this latest Direct. Players will be able to get their hands on the game at a later in date in 2020.

Battle aliens, kill everything and save the world, Contra Rogue Corps is set for release sep 24 and features online multiplayer. If you need to brush up on your Contra skills, the Contra Collection is hitting the Nintendo E-Shop today as well.

Daemon X Machina brought a new impressive trailer to Nintendo’s direct. The new mech game is hitting the Switch this September and I couldn’t be more excited to customize my mech with a variety of parts and weapons.

Who says rail shooters are dead? The Panzer Dragoon remake is headed to Nintendo Switch this Winter.

Marvel Ultimate Alliance 3: The Black Order made its presence known with a new trailer and the reveal of a season’s pass packed with new characters to play as from the Marvel Knight’s, X-Men and the Fantastic Four.

Cadence of Hyrule, developed by the same devs of Crypt of the Necrodancer, is going to be shortly released on June 13th. Players will get to play as Link, Zelda or Cadence as they explore the kingdom of Hyrule to the beat of some sweet music.

Mario and Sonic return to duke it out in the Olympics once more in Mario and Sonic at the Tokyo 2020 Olympic Games . Exclusive to the Nintendo Switch, players will get to compete online with friends and matchmade opponents for the first time for Olympic glory.

Animal Crossing New Horizons makes its grand debut at Nintendo’s Direct and is set for release in march 2020. From the gameplay trailer reveal, it appears players will be starting off their new towns on a deserted island, and as is tradition, Tom Nook is right there from the start to put you in debt to the sweet tune of 49,800 bells.

Yet another fighter was revealed to be joining the cast of Super Smash Bros. Ultimate, Banjo and Kazooie. The iconic rare duo appear to be packing quite a punch and are set to unleashed this fall.

To close out the direct, Nintendo revealed that the terror of Calamity Ganon has yet to be quelled with a new teaser trailer to the sequel of The Legend of Zelda: Breath of the Wild. While no release window was revealed, I’m sure players worldwide are anxious to hear about more details as the game progresses in development.