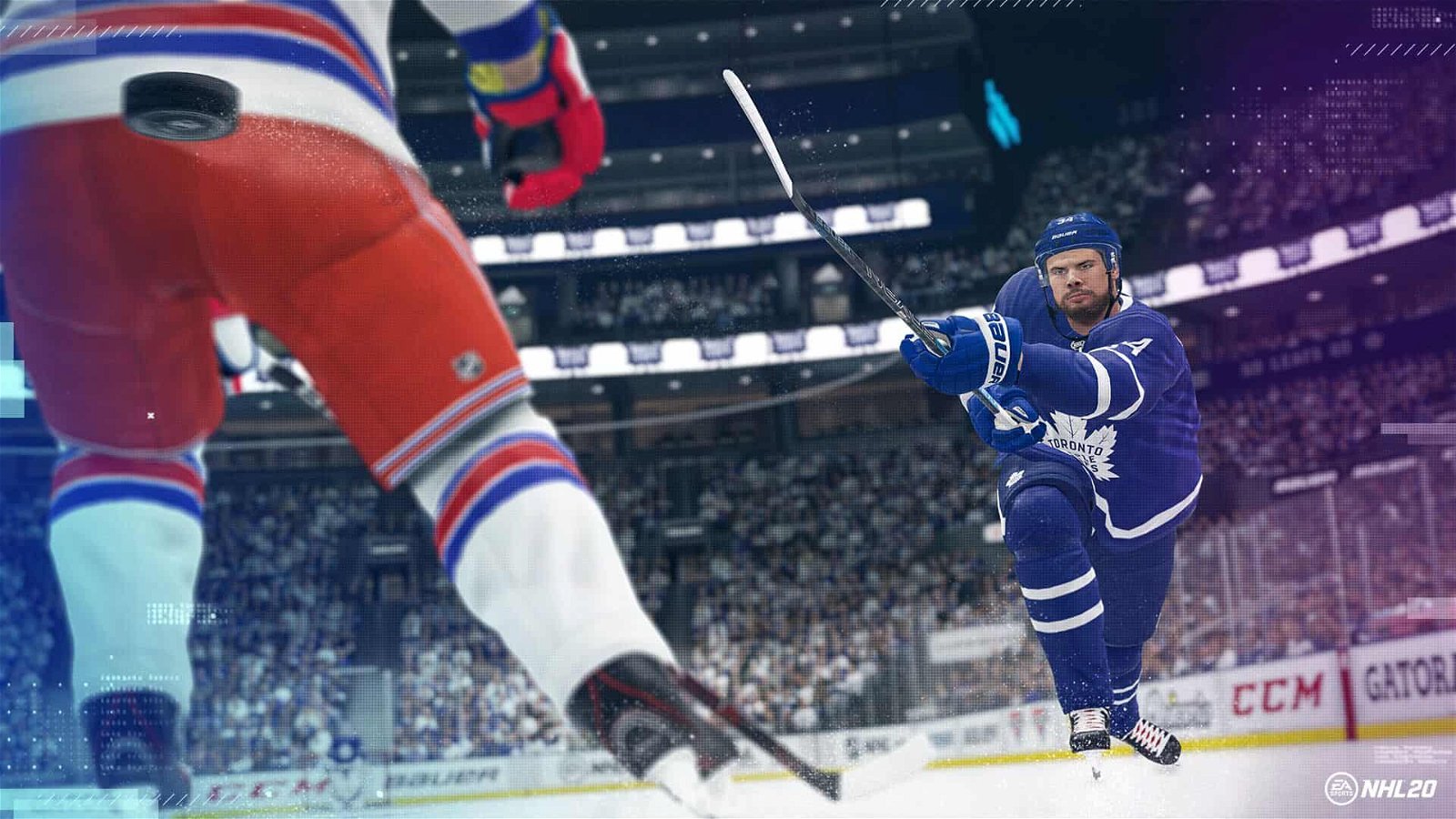 For those who don’t purchase each new edition of EA Sports’ NHL franchise annually, it’s often difficult to tell just how much it has evolved on a year-by-year basis. There are the continual and never ending tweaks to skating, shooting, passing and other maneuvers, but you wouldn’t notice that unless you go looking for them. A a new mode or two will usually be announced, perhaps some new change aimed at improving multiplayer, and a host of smaller improvements that are otherwise notable but don’t steal the spotlight compared to the bigger features.

With NHL 20, it won’t be hard to see what’s changed. That’s because developer EA Vancouver, in addition to the usual assortment of gameplay shifts and additions that come with any annualized sports franchise, is expressly taking aim at how it’s all presented. The entire broadcast package, from the motion graphics to the commentary, is undergoing a major overhaul.

During my behind-the-scenes presentation of NHL 20 last week, developers emphasized that they wanted to reflect upon the changing stars and audiences in hockey, as more personality driven stars like cover athlete (and Toronto Maple Leafs star forward) Auston Matthews capture the hearts and minds of fans. If NHL 19 was about making the series more accessible along with introducing new types of progression, NHL 20 is about making it as stylish as possible.

It’s clear from the moment you hop into a game just what EA Vancouver means by that. The scoreboard on the top corner of the screen has vanished. Instead, the score and time are displayed along the bottom edge of the screen, which creates a much cleaner user interface all told. When a goal is scored, a motion graphic pops up with a players photograph and statistics, tailored to whatever their team or jersey style is. And at the end of a game, NHL 20 will feature a ‘Play of the Game’ that highlights the best goal from more dynamic camera angles. It’s certainly flashier than what’s previously been seen in NHL, and the new style is complemented by the big changes to the broadcast booth.

Gone are longtime commentators Mike ‘Doc’ Emrick and Eddie Olczyk. Taking their place are Sportsnet radio host James Cybulski and broadcaster Ray Ferraro, the latter of whom previously served as NHL‘s third commentator. In contrast to Doc and Eddie’s tenure in the series, the developers said that since both James and Ray were based out of Vancouver, they were able to record together in the same booth and for far longer time periods. That means more dynamic banter, more trash talk if a team is playing poorly, and nearly 300 hours of recorded audio all told. EA Vancouver hopes this will create more compelling, varied, and interesting commentary with each game played. There are also plans to bring on guest commentators throughout the season, but no names have been finalized yet.

Presentation aside, on the ice itself, EA Vancouver is focusing on improving three big elements with Real Player Motion (RPM) Tech: passing and puck-play, improved goaltender A.I., and signature shots. In terms of puck-play, new animations have been created that allow for players to maintain or increase speed once they pick up a puck. Comparing video to NHL 19, this means that players will no longer slow down when they are passed the puck, so defenders will have a tougher time catching up to them. That’s not to say a shot on net will be easier—threat assessment for goalies A.I. has been improved, granting them a greater awareness of how to best defend the net. They’ll also be better at controlling rebounds and redirects, which has previously been a point of contention for many fans according to EA.

Yet the biggest change courtesy of RPM lies in the new signature shots system. For stars like Auston Matthews, Alexander Ovetchkin, and roughly a dozen more, you will now be able to pull off their trademark shooting-styles in-game. For example, you can now replicate P.K. Subban’s famous wind-up slapshot to destroy any goalie you encounter. Even if a player doesn’t have a signature shot, there are dozens of new contextual shot animations that allow for faster and more dangerous scoring opportunities.

Those new animations will likely prove helpful in NHL 20‘s new online multiplayer modes, which take inspiration from an unlikely source: battle royales. No, this doesn’t mean 100 hockey players are going to drop onto the ice and battle it out. Instead, EA Vancouver is creating a new competitive mode for NHL Ones and Threes called Eliminator. Each mode will feature the player or a small squad of three entering into an 81-player bracket in a do-or-die survival tournament. Win one round, and you’ll be seeded into the next against fellow survivors. Win all four rounds, and congratulations, you win this version of hockey battle royale.

EA Vancouver isn’t neglecting offline multiplayer either. The Ones game mode will be playable locally in NHL 20. The mode proved popular with fans, and an offline version of it has been a much requested feature over the past year.

The last big change to NHL 20 lies in Hockey Ultimate Team. Taking a page directly from EA Sports’ FIFA series, NHL 20 will feature a Squad Battles mode. If you’ve never played a FIFA title, it’s a mode where a player can compete against new squads offline every day to earn unique rewards. Featured squads will be updated weekly, and will be assembled by NHL players, musicians, and other influencers for you to compete against. This is on top of the addition of brand new Icons to the game mode, which will now total over 400 classic players.

All of this is on top of numerous small revisions and upgrades that EA Vancouver has made. World of Chel will now feature weekly challenges, along with new gear and gear types such as face masks and caps. Outdoor rinks have been expanded upon, drawing upon classic Canadian locations such as Trout Lake in Vancouver and Ottawa’s Rideau Canal, with each having multiple variations. You can now hire and fire up to eight coaches in Franchise mode, as well as make use of a better trade finder that will let you put players on the trade block. Whether these minor changes in the grand scope of the NHL series will stick around past this year’s edition remains to be seen, but we’ll be able to find our for ourselves how it all comes together when NHL 20 launches for PlayStation 4 and Xbox One on September 13th.