Jumping into the world of fantasy fitness 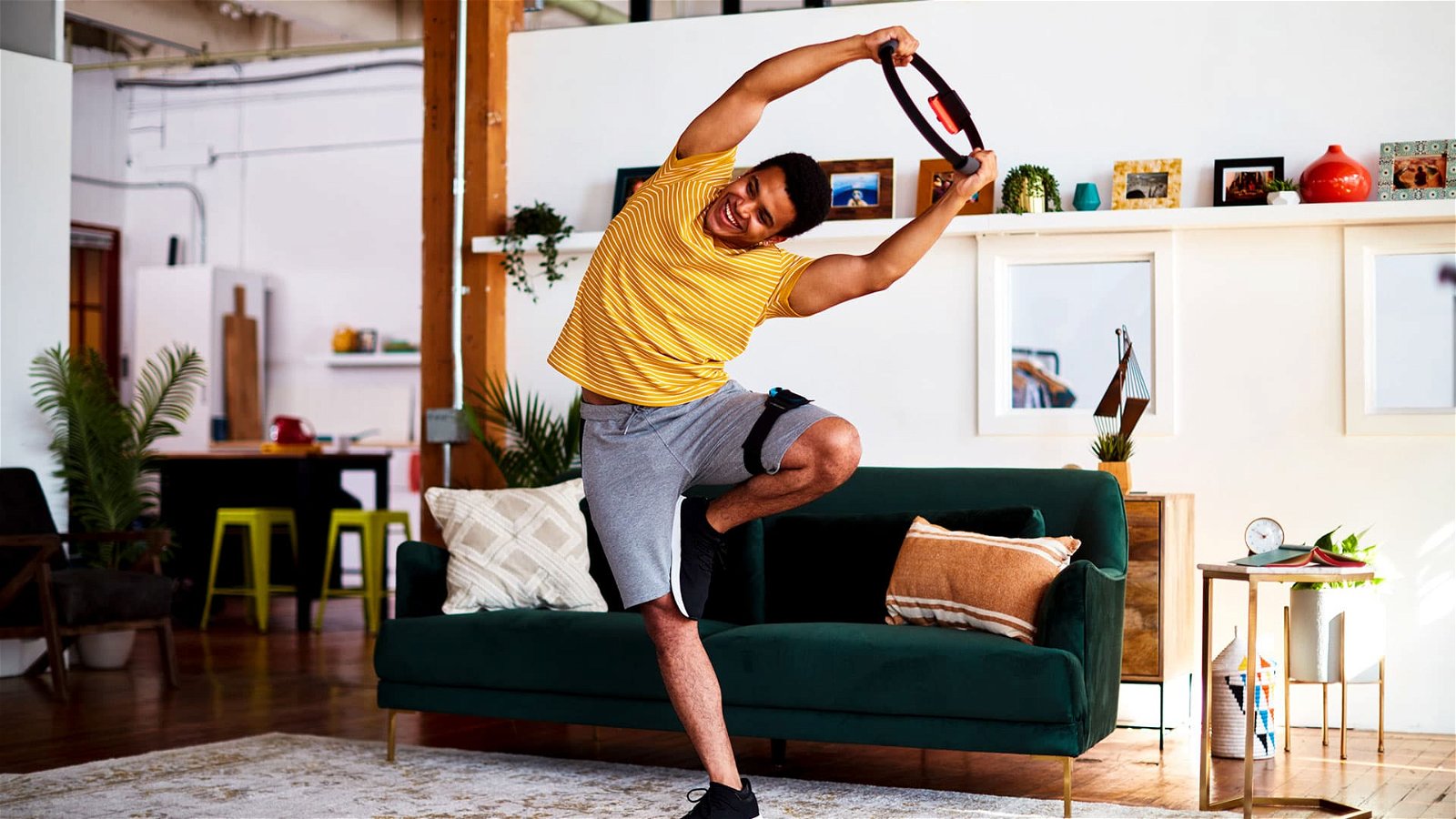 I’m no stranger to their quality of life programs, having racked up a lot more playtime with Wii Fit U than I’d expected to after bringing it home. It wasn’t long, however, until my Wii Balance Board was put away to clear up space and my copy of the game found itself on the shelf as I played newer, more engaging titles. For the most part, watching the trailer for Ring Fit Adventure didn’t lead me to believe that things would go any differently this time around. It would be another accessory that would find itself in my closet after spending a week going through the different game types available. Having now spent a good hour with Ring Fit Adventure though, I’m almost entirely convinced that this game is something entirely different from fitness games of the past and it might just be able to accomplish Nintendo’s goal.

The first thing that makes Ring Fit Adventure unique is its controls. One of my big fears going into this game was the Ring Con controller being a gimmicky, imprecise mess. Fortunately, my fears were completely removed within the first few minutes of gameplay. Menus can be scrolled through by rotating the ring like a steering wheel and pushing or pulling to select or deselect. It’s a simple concept, but what I really like is that even these simple acts act as a form of light exercise. The Ring Con itself isn’t heavy at all either, a positive point as players will be holding it up in front of them for extended periods of time. When I first began using it, I was almost afraid of being too rough with the ring and breaking it, but after being encouraged by the rep I was with to try pulling and pushing as hard I possibly could, I realized that the Ring Con was built to last. With the Wii Balance Board gone, the new way to track leg movement is by strapping the left Joy-Con to onto your left leg. While this works nearly perfectly, players will need to be a little more watchful when strapping themselves in. Placing the Joy-Con too high, too low or even on the wrong part of your thigh can slightly throw off its movement detection. Ring Fit Adventure does make sure to let players know this beforehand and provide a detailed example of how to put on the Joy-Con strap while showing exactly where it should be.

Ring Fit Adventure is a fundamentally different experience from previous Nintendo fitness games, despite borrowing a few of the same building blocks. The early part of the game’s Adventure Mode made this entirely clear. Right from the start, I found myself jogging in place, pushing in the Ring Con to jump, all while picking up collectables along the way. With the game being on a set track from start to finish, I was essentially playing a 2D platformer with my entire body which was a surreal experience. My first battle shifted things up entirely. Facing off against a single enemy, I could choose from a small handful of different workouts, serving as attacks. While this was where I began getting Wii Fit U flashbacks, Ring Fit Adventure still found a way to shake things up. Having perfect form during a workout routine would deal more damage and halfway through, I was told to speed up my set. Defending against incoming attacks had me pressing the Ring Con against my abdominal muscle for the duration of the attack. By the time I’d reached the end of the area, I was made to do a victory pose before the game calculated my progress and experience points. At its core, Ring Fit Adventure is an RPG so just about everything you do in the game will result in experience points to level up, increasing your damage output and defensive ability. The game can also easily check your heart rate at the end of a stage by having you place your thumb on the right Joy Con’s IR sensor.

That first stage only took about ten minutes in total to complete and while I was certainly feeling warmed up, it was still a relatively light exercise. Curious to try more, I was allowed to play one of the more difficult areas in the game. While the first character I played was only level three, this one was level thirty, but the area I was playing was recommended for around level twenty-three. The difference was night and day. Even with the game’s built-in assist mode taking care of all the jogging, boat rowing, step climbing and even defending, I found myself working up way more of a sweat than before. Battles were now involving larger groups of enemies and although it still didn’t require much, some strategy was needed to battle effectively. Some enemies would work together to attack while others played support roles, healing between turns. Battles became more intense as I now had to not only worry about my character’s health but my own stamina as well. I did have more workout routines available now, some of which could target multiple enemies. I was told these are also gained through levelling up. I made it to the end of the stage in about fourteen minutes, but with the amount of work I’d put in to get there, it felt like it had been much longer. Had the game’s assist mode been turned off, I couldn’t guarantee that I would’ve made it to the end. As an RPG fan though, this made a lot of sense to me. My character may have been over-levelled at thirty, but I myself wasn’t there yet. Had I been playing daily to reach this point; it might not have been such a struggle.

I ended the demo off with a few mini-games. This section of Ring Fit Adventure felt closest in line to the Wii Fit titles before it. Most of the games were simple workouts fit to activities such as parachuting, crate blasting and the surprisingly difficult game to master, pottery. Ring Fit Adventure doesn’t feature any real form of multiplayer, but players can compete for high scores and record them under different Switch user accounts.

Ring Fit Adventure seems like far more of an actual game than the mere work out tool I was expecting. From what I could tell, the RPG elements could serve as a far more intriguing way to get myself and other players to try and see their workout routine through to the end. I was told that playing an hour a day would last players at least three months of content, but after playing the Adventure Mode for only around half of that time, I can see the game lasting much longer. I plan to be putting in a lot more time with Ring Fit Adventure over the next few weeks and I’m excited to see exactly where this adventure takes me.